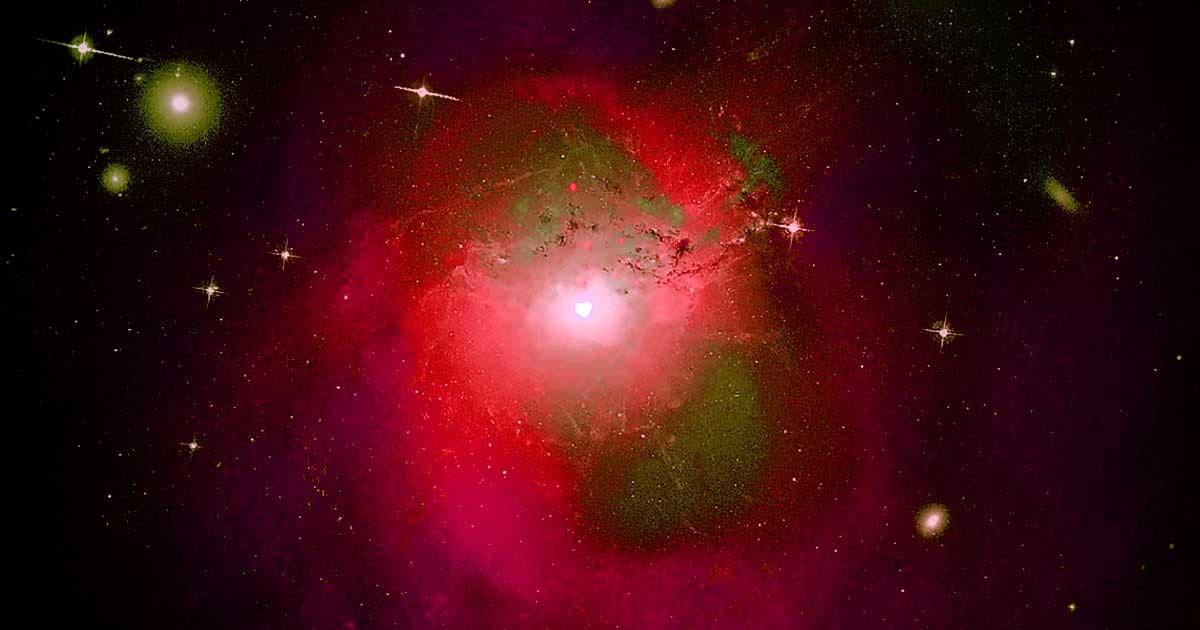 Scientists recently discovered 19 small galaxies, all of which share a puzzling quirk: they appear to be totally devoid of dark matter.

Dark matter — the invisible stuff thought to hold together galaxies — is crucial to one of the leading explanations of galactic formation. But now, Live Science reports, astronomers are faced with a difficult choice: prove this new discovery wrong, or reconcile it with their understanding of the cosmos.

Scientists can tell that a galaxy is loaded up with dark matter if it spirals faster than it would if it were only subject to the gravitational forces of the matter that we can see, according to Live Science.

The 19 new galaxies appear to be spinning slower than a typical galaxy of their size would, according to research published last week in Nature Astronomy, suggesting there's no dark matter giving them a boost.

Some of the galaxies could have had their dark matter vacuumed away by the stronger gravitational pull of nearby galaxies, Live Science reports. But others are too isolated in the cosmos for that explanation to make sense.

Physicists told Live Science that the obvious next step is to not only revisit this new paper's findings, but also to analyze the 19 galaxies with a variety of tools and techniques so they can get to the bottom of things.

Dark Secrets
Scientists Just Detected the Oldest Dark Matter Ever Observed
Aug 3
Read More
Walled Up
Scientists Say Space Is Filled With Invisible Walls
May 12
Read More
Space Lumps
Scientists Say We May Be Extremely Wrong About the Universe
Apr 28
Read More
+Social+Newsletter
TopicsAbout UsContact Us
Copyright ©, Camden Media Inc All Rights Reserved. See our User Agreement, Privacy Policy and Data Use Policy. The material on this site may not be reproduced, distributed, transmitted, cached or otherwise used, except with prior written permission of Futurism. Articles may contain affiliate links which enable us to share in the revenue of any purchases made.
Fonts by Typekit and Monotype.