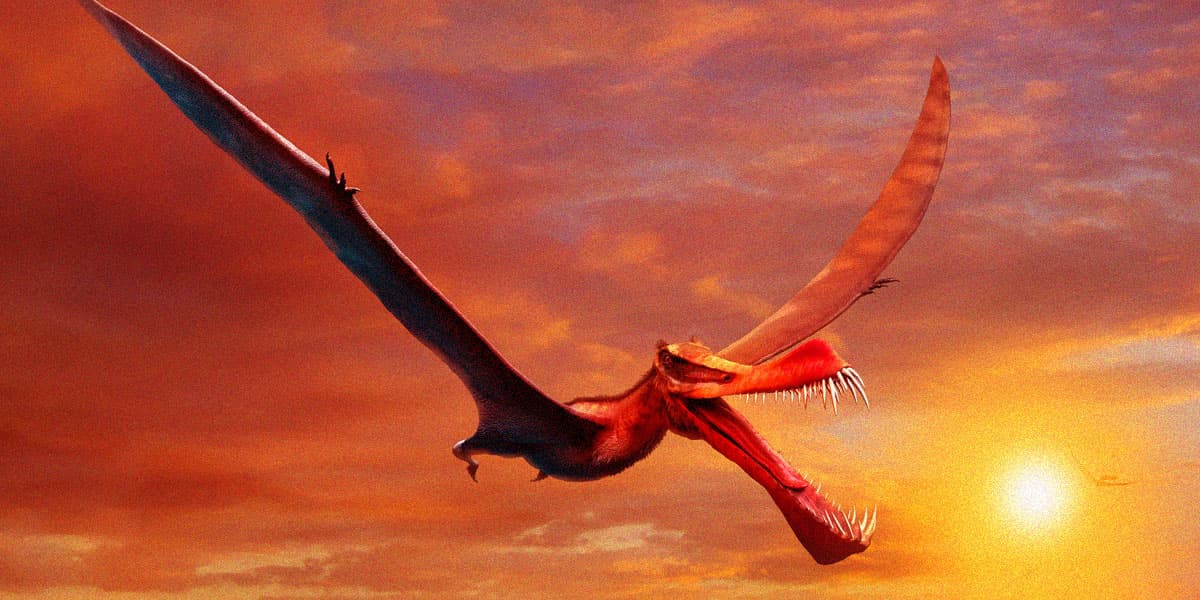 Scientists Discover Dinosaur Fossil That Seems Suspiciously Like a Dragon

"It would have cast a great shadow over some quivering little dinosaur that wouldn't have heard it until it was too late."

"It would have cast a great shadow over some quivering little dinosaur that wouldn't have heard it until it was too late."

Scientists discovered a new species of pterosaur in Australia that, based on its absolutely massive, terrifying jaw, bears shocking resemblance to the mythological creatures known as dragons.

The new species, named Thapunngaka shawi as tribute to discoverer Len Shaw and the extinct language of Australia's indigenous Wanamara First Nations people, is a particularly rare find. Pterosaur bones are more brittle than those of other ancient reptiles, but their existence paints a colorful picture of fantastic ancient diversity during the dinosaur times of ancient Australia, according to research published Monday in the Journal of Vertebrate Paleontology.

There's a lot that scientists still don't understand about pterosaurs, CNET reports, especially because so few fossils have been found. But uncovering this new fossil helps explain how the admittedly terrifying creature lived, hunted, and flourished millions of years ago.

The fossil — a massive jawbone — suggests that the Thapunngaka shawi was a ferocious hunter. The 3.2 foot-long jaw likely held as many as 40 huge, sharp teeth. The creature had a wingspan of 22 feet and a neck longer than a giraffe's that it used to balance its humongous head, according to CNET.

"This thing would have been quite savage," study coauthor and University of Queensland School of Biological Sciences PhD student Tim Richards told the site. "It would have cast a great shadow over some quivering little dinosaur that wouldn't have heard it until it was too late."

As far as the dragon comparison goes, some researchers have suggested that dragon myths arose when ancient people stumbled across dinosaur bones.

Finding pterosaur bones is harder than uncovering their dinosaur relatives since they're lighter and more brittle. Only 20 pterosaurs have been found in Australia to date, so each new specimen is immensely valuable for scientists trying to piece together the region's ancient history.

More on fossils: Someone Listed a T-Rex on eBay, and Paleontologists Are Furious

Brands We Love
This Company Ships Dinosaur Fossils and Other Artifacts Right to Your Door
5. 1. 20
Read More
Life May Have Emerged on Earth Earlier Than We Previously Thought
9. 28. 17
Read More
New DNA Evidence Confirms Existence of Female Viking Warriors
9. 10. 17
Read More
+Social+Newsletter
TopicsAbout UsContact Us
Copyright ©, Camden Media Inc All Rights Reserved. See our User Agreement, Privacy Policy and Data Use Policy. The material on this site may not be reproduced, distributed, transmitted, cached or otherwise used, except with prior written permission of Futurism. Articles may contain affiliate links which enable us to share in the revenue of any purchases made.
Fonts by Typekit and Monotype.