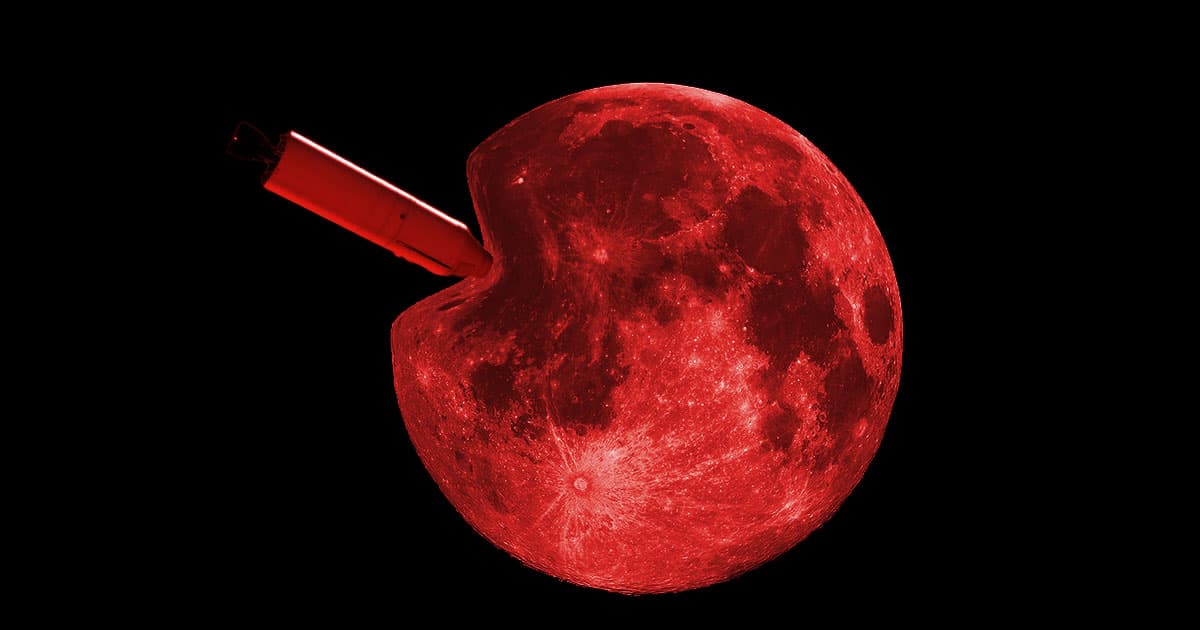 A Derelict Rocket Just Smashed Into the Moon, Experts Say

Your destination has arrived.

Your destination has arrived.

More than a month after an errant rocket stage was spotted tumbling towards the Moon, experts say that it almost certainly crashed into the lunar surface early this morning. The derelict spacecraft made its dramatic entrance to its final resting place at 12:25 GMT or 7:25 AM ET, the BBC reports.

NASA scientists have previously announced that they will be monitoring the Moon for any changes caused by the impact — raising the possibility that we'll soon see extraordinary images of a humanmade crater on the Moon.

One of the biggest mysteries surrounding the rocket was where exactly it came from.

Bill Gray, an independent orbital dynamics researcher who runs the near-Earth object tracker Project Pluto, initially discovered the object hurtling towards the Moon in January. At the time, he identified it as a SpaceX rocket stage used during a 2015 launch.

However, he later published a correction and said it’s actually a Chang’e 5-T1 booster from China. Beijing has denied that the rocket belongs to them — but many experts disagree, including Gray.

Whatever the case, the rocket crash will provide researchers from all over the world with a rare opportunity to see how fresh craters are formed on the lunar surface. As the old saying goes, "When life gives you lemons, make lemonade."

And when life gives you a derelict rocket tumbling out of control towards the Moon, might as well see what you can learn from it.

More on the Moon rocket: Experts Say China Is Probably Lying About the Rocket Crashing Into the Moon

Ice Ice Baby
Check Out This Moon-Shaped Ice Crystal on the Space Station's Window
Yesterday
Read More
Weredata
Startup Announces Plans to Bury Server Farm on the Moon
Monday
Read More
NDA
SpaceX Reportedly Paid $250,000 to Silence Sexual Allegations Against Elon Musk
May 19
Read More
+Social+Newsletter
TopicsAbout UsContact Us
Copyright ©, Camden Media Inc All Rights Reserved. See our User Agreement, Privacy Policy and Data Use Policy. The material on this site may not be reproduced, distributed, transmitted, cached or otherwise used, except with prior written permission of Futurism. Fonts by Typekit and Monotype.