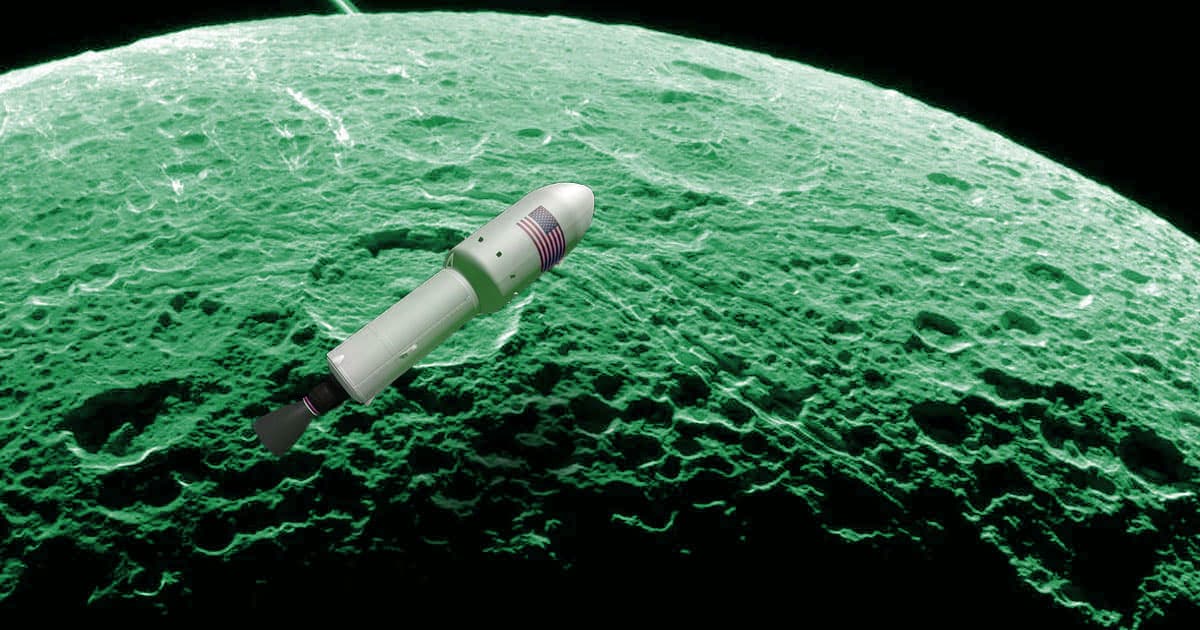 An aging SpaceX rocket is on a collision course with the Moon — and one space enthusiast has captured it on video.

Gianluca Masi, the Italian founder of the Virtual Telescope Project and proud owner of several high-powered telescopes, captured both video and a still photo of the nearly seven-year-old Falcon 9 rocket "spinning fast" in the sky as it hurtles towards the Moon.

In a post about the four-second video he captured with his 17-inch PlaneWave telescope, nicknamed "Elena" after his mother, Masi admitted that, due to light interference from the Moon, "grabbing [the video] was quite hard."

In spite of its relatively low resolution, however, these images are stunning — and all the more so because they were captured by an amateur.

"See how it blinks while tumbling!" Masi adorably exclaimed in a tweet featuring the video of the Falcon 9 in the night sky.

Here it the Falcon 9 DSCOVR’s booster, going to hit the Moon early next March. See how it blinks while tumbling! pic.twitter.com/X35DaN7n4C

Bill Gray, an independent orbital dynamics researcher who runs the near-Earth object tracking Project Pluto, discovered in January 2022 with his team that this Falcon 9 rocket booster seems to be headed directly for the far side of the Moon by early March.

This less-than-ideal outcome is likely a result of the rocket booster's age — it was launched in 2015 as a means to get the National Oceanic and Atmospheric Administration’s Deep Space Climate Observatory into orbit, and as Ars Technica reports, got locked into the gravitational no-man's-land between the Earth and our Moon.

In an interview with Ars at the time of the discovery, Gray predicted that the old rocket, which weighs about four metric tons and will hit the Moon at about 1.6 miles per second, will leave "a very fresh impact crater" if researchers manage to find it. This will provide interesting opportunities for study, he added, though it's obviously not an outcome anyone would prefer.