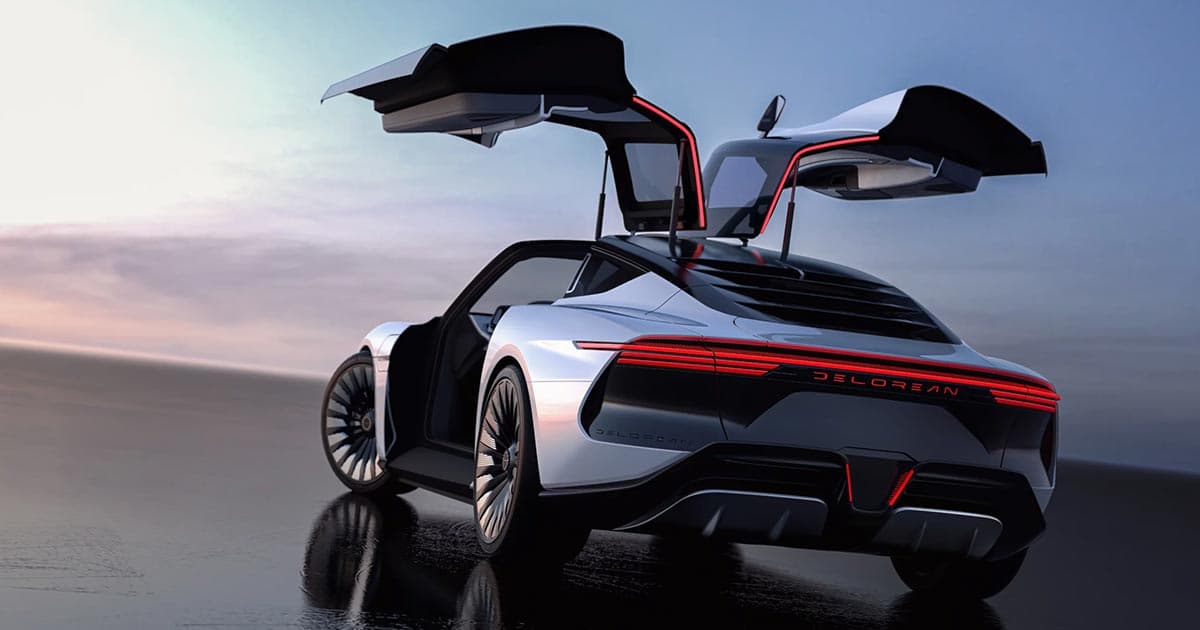 DeLorean Motor Company has teased a brand new all-electric take on the iconic 80s sportscar from "Back to the Future."

The company — technically a new Texas outfit that bought the rights to the DeLorean intellectual property after the original company went defunct in 1982 — gave us the first glimpses of its Alpha 5 vehicle in a series of images this week — and, at least at this development stage, it looks like an absolute beauty.

As expected, the Alpha 5 will feature two gull-wing doors that open out and upwards, just like the 1982 car that took the Marty McFly and Emmett "Doc" Brown for a variety of time travel adventures in the "Back to the Future" movies.

The real life version will also boast plenty of electric motor-powered muscle, accelerating from 0 to 60 mph in just under three seconds, while zero to 88 mph — the required speed for time travel in Robert Zemeckis' 1980s films — takes just 4.35 seconds.

A "base" performance model will come with a 100 kWh battery, giving it a top range of 300 miles, according to the company.

At the moment, that's more more or less all we know about the new EV. The car is scheduled to make its premiere at the Pebble Beach Concours d'Elegance in August, so we'll likely learn more about it then.

The company is hoping to begin deliveries some time in 2024, so you'll have to be patient — unless, of course, the company opts to travel back in time to visit us in the summer of 2022.

More on the DeLorean: DeLoreans Are Apparently Coming Back as Electric Cars