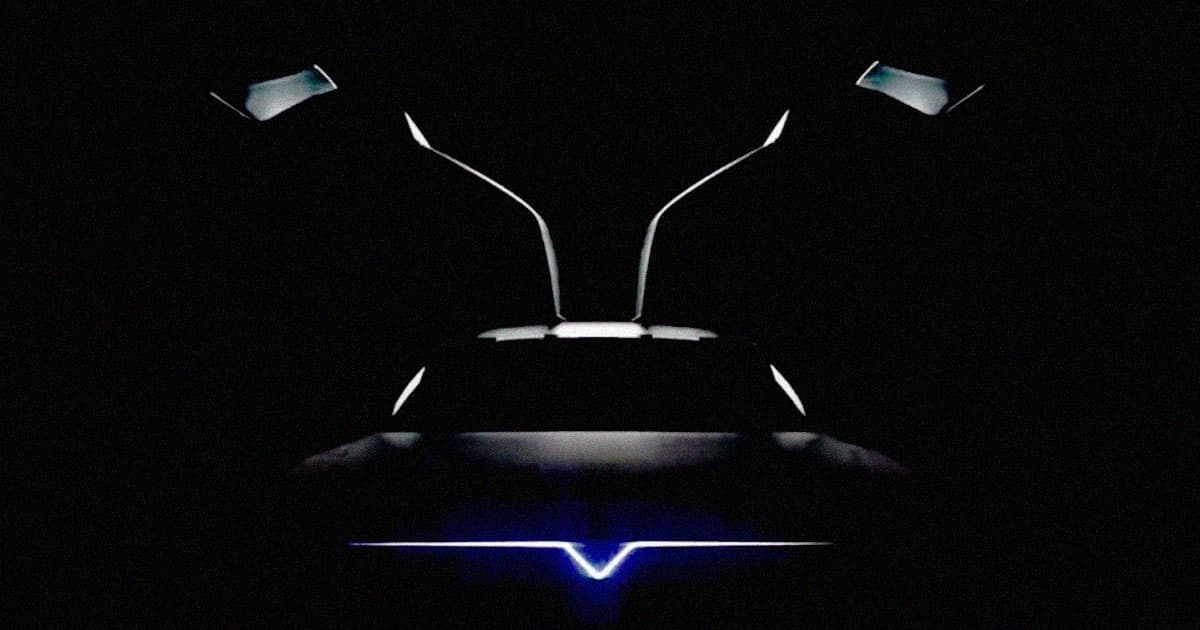 DeLoreans Are Apparently Coming Back as Electric Cars

Literally back to the future.

Literally back to the future.

The DeLorean Motor Company, or at least the entity now using that name, says bringing back the iconic car from "Back to the Future" — and this time, it's luxuriously electric.

In a 15 second teaser video uploaded to Twitter shortly before the Super Bowl, the company showed off the silhouette of a redesigned DeLorean called DeLorean EVolved — featuring, of course, the emblematic gull-wing doors.

The Future was never promised. Reimagine today.
Sign up for the premiere of the DeLorean in 2022.
https://t.co/K9n8D1s5uK#DeloreanEVolved#Delorean#Auto#ElectricVehicle#Luxury#BigGame pic.twitter.com/99HsGLCswb

DeLorean originally manufactured the DeLorean between 1981 and 1982. But the car has since gained cult status for its prototypically 80s looks — and, of course, its appearances in the "Back to the Future" films.

In fact, as IGN points out, the DeLorean was already out of production when appeared in the first 1985 movie.

The company, which has since been reincarnated in Texas under difficult-to-unpack circumstances, also included the hashtag "Luxury" in its cryptic tweet, suggesting the company might be targeting the pricier end of the EV spectrum.

Unfortunately, that's about as much as we know so far. We still don't know how much the vehicles will cost, when they might go to market, or how many will actually be made.

But given its fame, there will undoubtedly be demand for a redesigned electric DeLorean. Who wouldn't want to take such a car for a spin on the highway?

"If my calculations are correct, when this baby hits 88 miles per hour, you're gonna see some serious shit," as Doctor Emmet Brown tells Marty McFly in the 1985 classic.

READ MORE: The DeLorean Is Officially Back, And It's Electric [IGN]

More on the DeLorean: "A DeLorean Mated With a Pontiac": Internet Reacts to Cybertruck

Drifting DeLorean
Watch a Self-Driving DeLorean Burn Rubber on a Stunt Course
12. 23. 19
Read More
DeLorean Aerospace Is Working on a Flying Car With a Range of 120 Miles
8. 14. 17
Read More
I Don't Like This Simulation
Fun Website Lets You Simulate an Asteroid Impact in Your Hometown
Yesterday
Read More
+Social+Newsletter
TopicsAbout UsContact Us
Copyright ©, Camden Media Inc All Rights Reserved. See our User Agreement, Privacy Policy and Data Use Policy. The material on this site may not be reproduced, distributed, transmitted, cached or otherwise used, except with prior written permission of Futurism. Articles may contain affiliate links which enable us to share in the revenue of any purchases made.
Fonts by Typekit and Monotype.