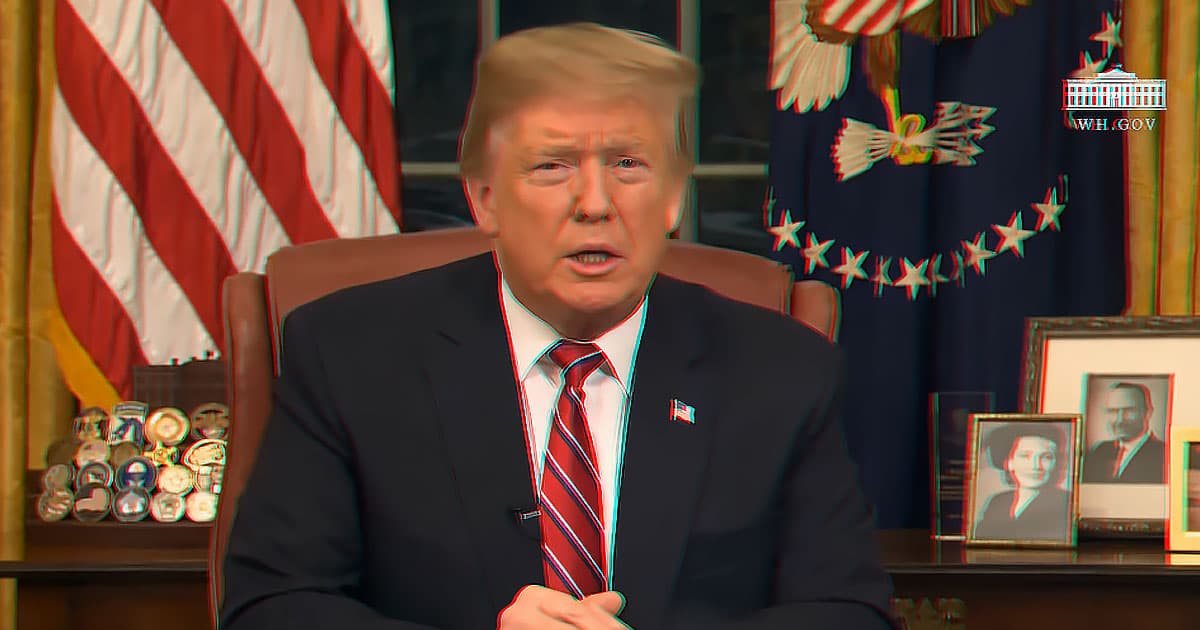 "Jeffrey Epstein did not kill himself."

"Jeffrey Epstein did not kill himself."

A new deepfake video portrays President Trump, sitting at his desk in the Oval Office and giving an official address.

It begins with him hinting that he's about to comment on the ongoing impeachment proceedings, but then pivots: the digitally-reconstructed Trump says "Jeffrey Epstein did not kill himself."

The video, which could be convincing to a casual viewer, perfectly illustrates how dangerous deepfake AI has become — it's now possible to make the President recite a popular conspiracy theory and blast it all over the internet.

The Trump video is the latest from a YouTube channel called TheFakening, which has been swapping celebrity faces and creating fake political speeches for nearly a year now.

As with any other deepfake, there are glitches in this new video. Trump's mouth movements incorrectly make it look like he's pronouncing a "th" sound several times towards the end of the announcement, creating a telltale mismatch between the audio and video. But as the underlying technology progresses, errors are getting smaller and less frequent.

Videos on TheFakening are clearly labeled as deepfakes, though it's conceivable that someone could rip and reshare the video, trying to pass it off as real. For now, there would be relatively little anyone could do to stop them.

California has banned political deepfakes under certain circumstances, but by and large there's not much keeping deepfake propaganda from spreading across the internet.