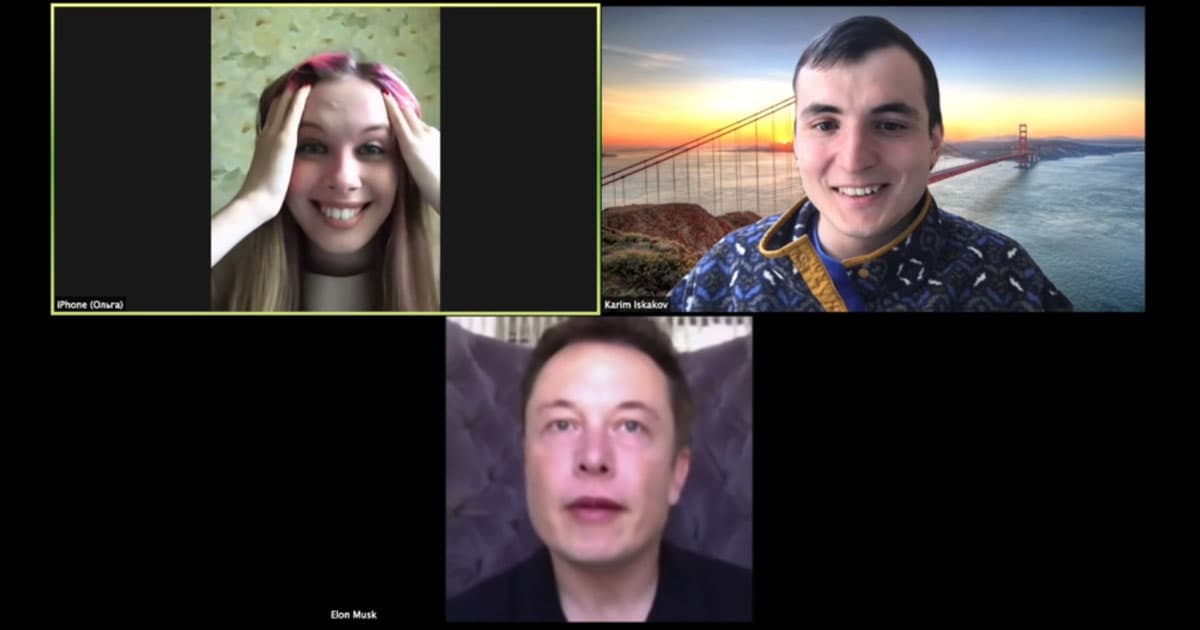 Or Steve Jobs. Or the Mona Lisa.

Or Steve Jobs. Or the Mona Lisa.

A new deepfake-powered filter allows video conferencing participants to make themselves look like practically any famous person, living or dead, ranging from the Mona Lisa to Steve Jobs and Elon Musk.

Avatarify essentially uses an algorithm that can superimpose the face of a celebrity over the user’s face in real-time. The code for the software is available to download for anybody via Github.

A video demonstration shows an Elon Musk pop into a three-way Zoom call. While the visual likeness is spot on — aided by the fact that streams tend to be a pixelated mess — the vocal performance leaves something to be desired.

The shocked reactions by the other two participants, regrettably, aren’t exactly Oscar-worthy.

Programmer Ali Aliev — the fake Elon Musk in the video above — took advantage of open source code from software called First Order Motion, a face-swapping program that was developed by a team of Italian researchers as well as Snap Inc., according to Motherboard.

“Developing a prototype was a matter of a couple of hours and I decided to make fun of my colleagues with whom I have a Zoom call each Monday,” Aliev told Motherboard. And that worked. As they are all engineers and researchers, the first reaction was curiosity and we soon began testing the prototype.”

From Our Partners
How To Work In An Office That Suits You, Anywhere!
11. 2. 21
Read More
From Our Partners
How to Stay Focused At Work And Meetings Using AI
10. 25. 21
Read More
Brands We Love
This Noise Cancelling App Uses AI To Eliminate Unwanted Sounds From Calls and Meetings
9. 30. 21
Read More
+Social+Newsletter
TopicsAbout UsContact Us
Copyright ©, Camden Media Inc All Rights Reserved. See our User Agreement, Privacy Policy and Data Use Policy. The material on this site may not be reproduced, distributed, transmitted, cached or otherwise used, except with prior written permission of Futurism. Fonts by Typekit and Monotype.