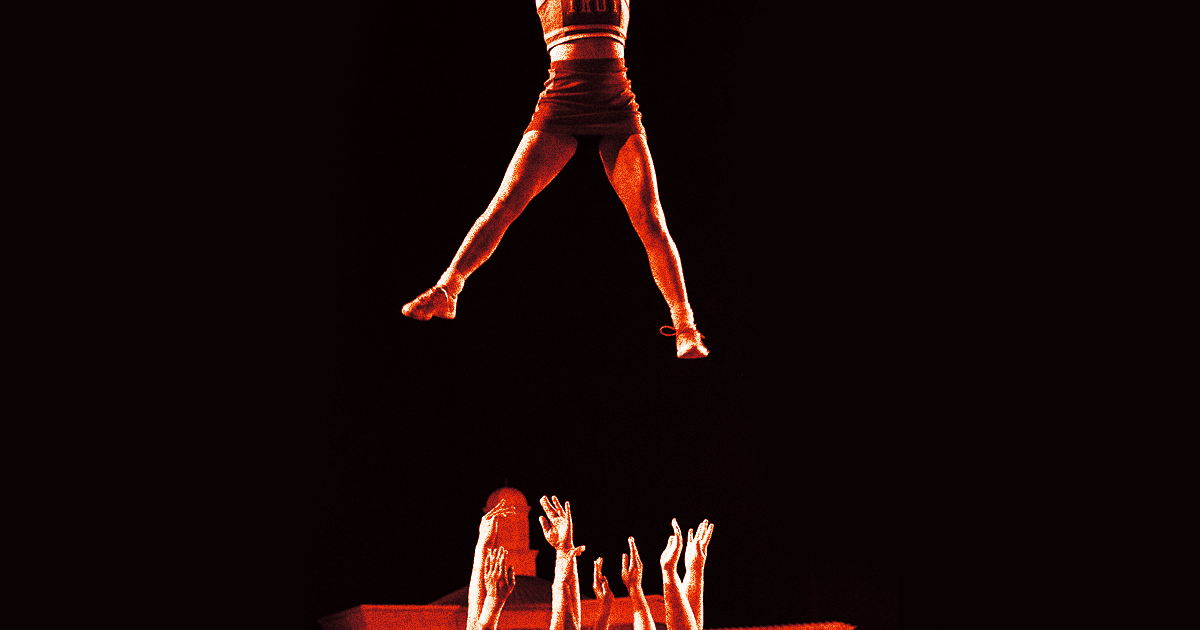 But I'm A Cheerleader

Remember That Deepfake Cheerleader Story? Turns Out It Was Probably Nonsense

Earlier this year, a sordid story broke about a Pennsylvania mom who allegedly created deepfakes to frame her daughter’s cheerleading rivals. It had all the hallmarks of a juicy, viral story of the modern world: sex, drugs, and the dark implications of a rapidly advancing technology. In fact, it almost seemed too salacious to be true... and that’s because it probably was.

This all started when Raffaela Spone, 50, was arrested for allegedly creating a series deepfaked videos of three teenage girls depicting them vaping and drinking. Adding to the drama was the fact that Spone’s daughter was on the same cheerleading squad as the girls.

However, an investigation from Cosmopolitan revealed that the racy videos of a teenage cheerleaders were in all likelihood completely real — and that the viral scandal that emerged from it was actually the result of incompetent police work.

In reality, creating a convincing deepfake is really difficult and requires specialized software and expertise. Creating a sophisticated one isn't necessarily something that, say, a Pennsylvania cheer mom with no compsci or special effects background would likely be able to do, even with consumer deepfake apps such as Reface.

Henry Ajder, a deepfake expert and disinformation researcher, told Cosmopolitan that it was "very, very unlikely" that someone like Spone could create a convincing deepfake of the girls vaping. Chris Umé, the creator behind the viral Tom Cruise deepfake TikToks, agrees.

"I’m not saying that this mom didn’t do anything, but to me, it’s a fact that this video is real and that this girl was just denying that she was in this video," Umé told the magazine.

So if the video isn’t a deepfake, why did a police officer and the Bucks County DA claim that it was? Simple: It was actually just crappy investigative work.

Officer Matthew Reiss said that the video of the girl vaping was a deepfake in the criminal complaint against Spone. Bucks County DA Matt Veintraub, who was up for reelection at the time the story broke, also pushed the sensational deepfake story ahead of the mom’s trial.

However, Reiss later admitted to the Daily Dot that he didn’t analyze the video beyond a "naked eye" assessment. The DA also said that he’s not pursuing the deepfake videos as a reason for their charges despite making the bold claim in March, according to Cosmopolitan. While they’re still coming after the mom for allegedly harassing the teens, Spone’s attorney claims that there’s still no evidence that she used sophisticated tech to do so

So while there’s still plenty of justifiable reasons to be afraid of deepfake tech being weaponized to frame someone, this story shows that the inverse can also be true: that anyone can deny the plain truth by claiming that technology such as deepfakes were used.

READ MORE: The World Thought This Cheer Mom Created a Deepfake to Harass Her Daughter’s Rival—but the Real Story Is Way More Confusing (and Bizarre) [Cosmopolitan]

More on deepfakes: This CGI Influencer Is Shilling for more than 1000 Brands