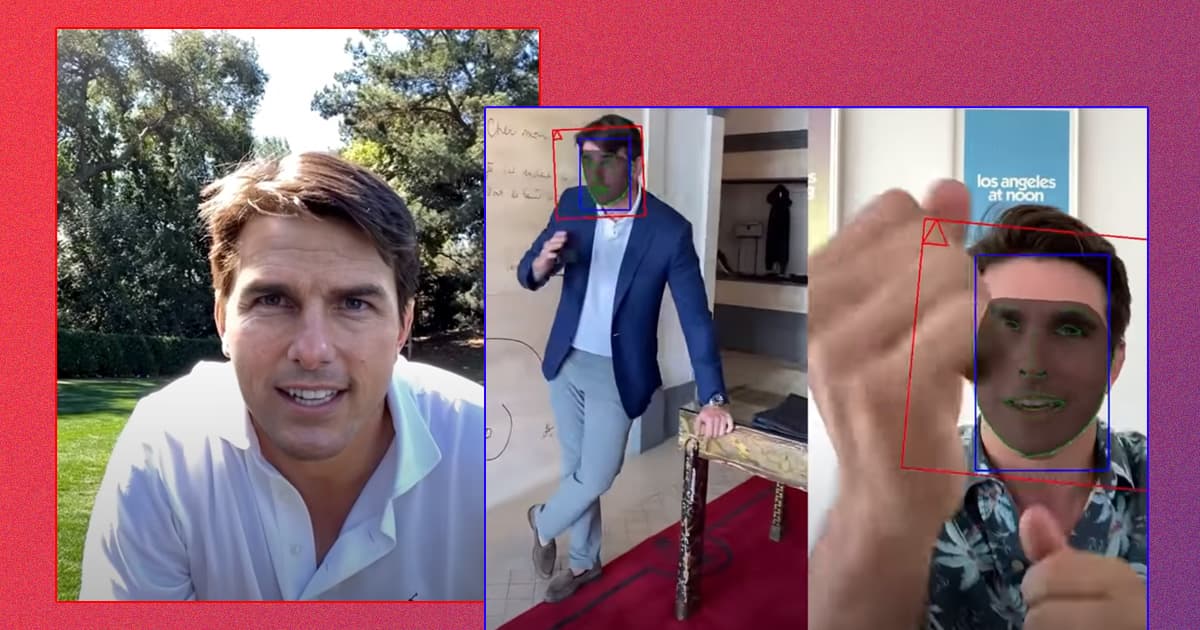 Hollywood star Tom Cruise just joined TikTok. Or did he?

Videos uploaded by an account called DeepTomCruise shocked users on the video sharing platform with its uncanny clips of a — but not the — Tom Cruise playing golf and doing magic tricks, as The Guardian reports.

The masterful deepfakes are the result of some hard work by Belgian visual effects artist Christopher Ume, who used AI-enhanced software to superimpose Cruise's face over that of Miles Fisher, a Tom Cruise impersonator.

In a video uploaded today, Ume shows off some of the work that went into creating the viral Tiktok videos.

Uwe and Fisher had already worked together to create a series of videos for a 2020 web series.

"A month later, [Fisher] contacted me again, and said: ‘Let’s make a funny video […] I’ll film myself in my garden and then you just make me look like Tom Cruise,'" Uwe told The Guardian.

"And so we did that and he posted it – but he also created a TikTok account," Uwe said. "He doesn’t know anything about the app, I don’t either, but then then two days later, he sends me a screenshot: 'Dude. Two and a half million views.'"

Uwe noted that he wanted to show off "what's possible in a few years" and that he didn't want to "upset people."

The special effects artist has some big dreams ahead.

"I would like to work for Peter Jackson on The Lord of the Rings," he told the newspaper. "I’m saying this in every interview: hey, Peter, if you’re reading this, contact me."