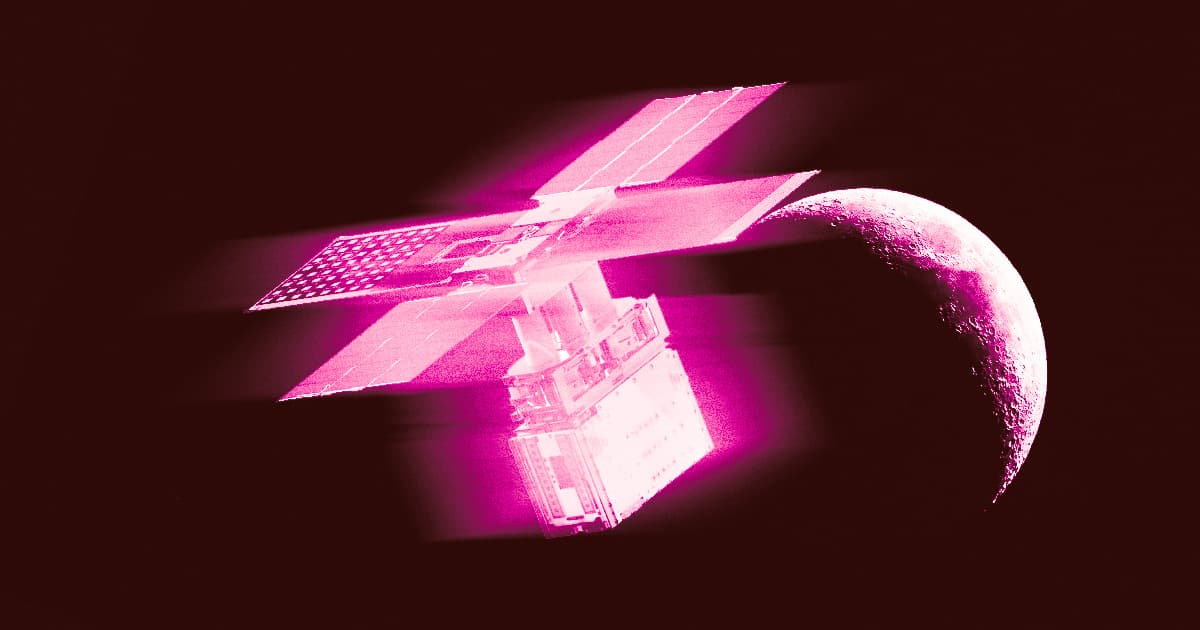 There's something weird going on with these Orion cubesats.

There's something weird going on with these Orion cubesats.

One of NASA's lunar mission has shot out of the Moon's orbit.

Publicized by Harvard astronomer Jonathan McDowell, the tumultuous tumble of Artemis 1's Near-Earth Asteroid Scout (NEAScout) was precipitated last month by reports that NASA had been having trouble establishing communications with the miniaturized cube-shaped satellite, known as a "cubesat."

"NEAScout accompanied Artemis to the Moon but did a hard skid around [it and] is shooting out of the Earth-Moon system entirely," McDowell tweeted, adding that "alas, it died soon after launch" and thus was "inert" anyway.

Intended to study the small 2020 GE asteroid, NEAScout was supposed to unfurl a gigantic 924-square-foot solar sail to get it to the nearby asteroid, but those plans have been for naught from its release.

This latest loss follows in the footsteps of another released just over a month ago by the uncrewed Orion spacecraft — the CubeSat to Study Solar Particles (CuSP), which NASA lost contact with about ten days ago. As Futurism reported at the time, the loss of CuSP comms brought the total number of out-of-commission cubesats from the Artemis constellation to four out of ten, which included the NEAScout going dark just after launch.

It's clearly been a bad month for the Artemis cubesats, and as the Harvard astronomer added, there's no public trajectory data for the remaining nine.

More on Artemis: Close Up Shows Charred NASA Capsule After Returning From the Moon