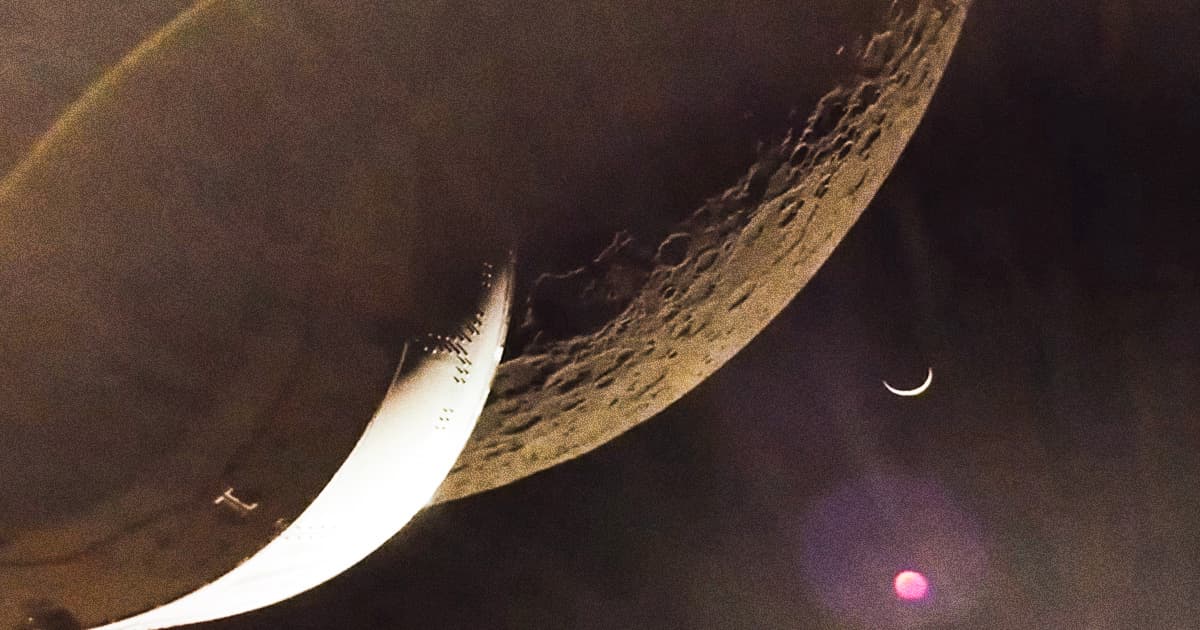 Skkrt! NASA's Orion Heads Back to Earth, Leaves Moon in the Dust

NASA's Orion lunar capsule is headed back to terra firma — and it captured a breathtaking image of the Moon with the Earth rising in the background on its way home.

"For Orion, this is not a 'goodbye,' but a 'see you later' to the Moon," a NASA TV spokesperson said in the stunning footage captured by one of the Artemis I mission's many cameras, which captured an Earthrise in the distance as the pair made their way back from their maiden voyage.

Indeed, the incredible shots captured by some of Artemis' 24 cameras look like something out of some pulpy sci-fi novel art rather than real-life footage beaming down from an actual journey into space.

As Space.com notes, the unmanned Orion capsule also completed an important milestone while capturing the incredible footage — its longest-ever engine burn, which lasted 207 seconds as it hovered about 80 miles above the Moon, and put it on its trajectory back to Earth.

The feat was impressive for other reasons as well, the report notes. Used in a 1984 and 2002 on space shuttle missions, Orion's repurposed orbital maneuvering system (OMS) engine can fire for as long as 16 minutes.

The capsule, which should be crewed with astronauts by 2024, is scheduled to land in the Pacific Ocean off the Coast of California on December 11, Space.com notes, hitting the atmosphere at a blistering 25,000 miles per hour before its heat shield and parachute slow it down to about 20 MPH before impact.

So far, Orion and Artemis are performing up to NASA's expectations, the report adds — a relief given the lengthy and expensive issues the mission had prior to its successful launch last month.

More on Artemis: Amazing Artemis Photo Shows Every Human, Alive or Dead, Plus the Moon