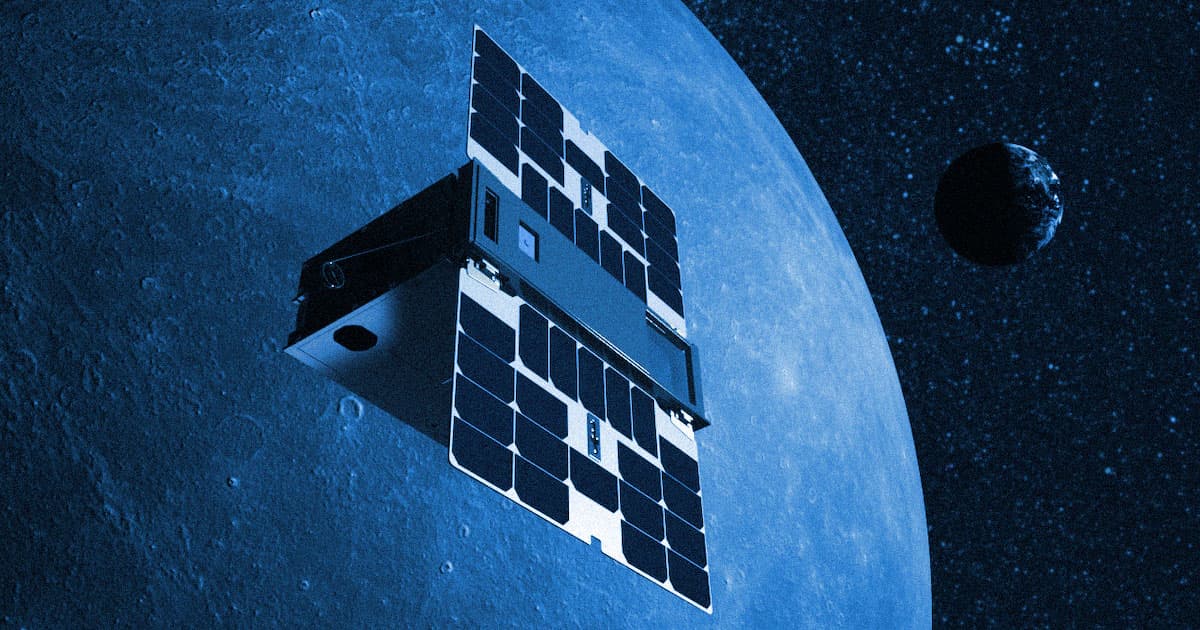 Another Satellite Released by NASA's Artemis I Just Croaked

On November 16, NASA's uncrewed Orion spacecraft released a suite of ten different cubesats, small satellites meant to carry out tasks ranging from photographing the Moon's surface to studying the effects of space radiation.

But not everything has gone according to plan, demonstrating the dubious reliability of cheap-but-fragile cubesats. NASA announced today that teams have lost contact with its CubeSat to Study Solar Particles (CuSP), an interplanetary mission designed to study the effects the Sun's radiation has on the Moon.

As of the time of writing, that brings the number of cubesats missing in action released during NASA's Artemis I mission to four — an unfortunate reminder of the difficulties involved in deploying and staying in touch with tiny satellites that are only a fraction of the mass of traditional satellites, hundreds of thousands of miles away.

The plan was to have NEA Scout unfold a massive 924-square-foot solar sail to reach the asteroid in about a year's time, but communications have yet to be reestablished.

Japan's OMOTENASHI cubesat, which was designed to demonstrate cheap new methods of landing and exploring the lunar service, initially was able to make contact with teams back on the ground. But just days later, the team lost all communications.

A fourth cubesat built by a team of space enthusiasts called Team Miles, who won NASA's CubeQuest Challenge, was meant to demonstrate a new hybrid thruster system. But the mission fell silent and has since been presumed lost, according to Sky and Telescope.

Other cubesat missions launched by Artemis I have fared better. For instance, NASA and the Italian Space Agency's ArgoMoon demonstrator sent back incredible images of the far side of the Moon.

NASA's BioSentinel cubesat has also successfully kicked off its investigation into how yeast and other microorganisms like it are affected by radiation during long-duration missions in space after being released by Orion.

Having only six out of ten cubesat missions survive deployment may sound like a dismal success rate, but given the sheer degree of complexity involved, it's not exactly surprising.