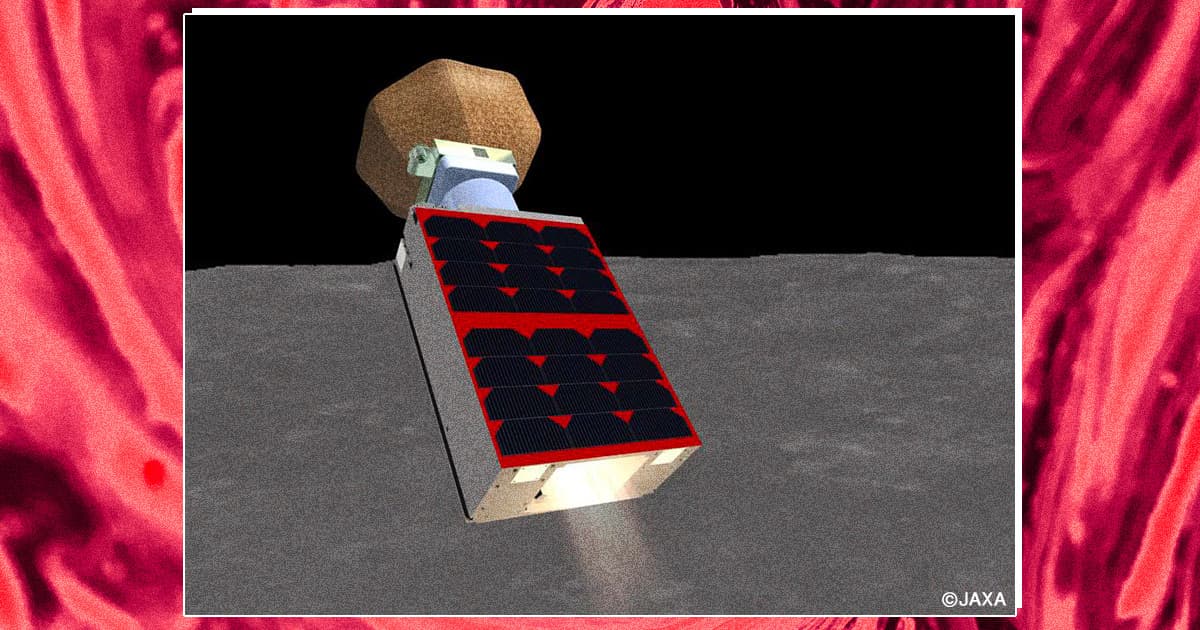 "...the communication didn't come back."

"...the communication didn't come back."

"Though we tried to recover OMOTENASHI and start the landing sequences today, the communication didn't come back, and we gave up our [Ultra-High Frequency] operation on the landing phase," read a Monday tweet from the OMOTENASHI Project. "Thank you for the excellent cooperation from everyone."

If it had indeed made its way to the Moon, it would have been Japan's first spacecraft to land on the lunar surface — a milestone for the spacefaring nation, but sadly one it'll have to wait a little longer for.

OMOTENASHI was one of three CubeSats to launch with Artemis I, along with ArgoMoon, constructed by the Italian spaceflight company Argotec, and NASA's own CubeSat-slash-biolab BioSentinel, both of which are currently still intact and en route.

JAXA's payload, however, was the only one meant to actually make a controlled landing on the lunar surface. Scientists were hopeful that in successfully getting OMOTENASHI to the Moon, they could better understand small craft landings — an important task for the future of economical space travel.

"Its primary objective," reads a NASA blog, published July 2021, "is to test the technologies and trajectory maneuvers that allow a small lander to land on the Moon while keeping its systems — including power, communication, and propulsion systems — intact."

Unfortunately, however, things clearly didn't go as planned, and the tiny Japanese craft — which clocked in at an adorable 30-ish pounds — is out for the count. And while it's probably better to see OMOTENASHI go rather than the massive, ultra-pricy SLS, it's certainly sad for those who worked to build it, as well as for Japan more broadly — if all went to plan, they would have clocked in as the fourth country ever to land a craft on the surface of the Moon. Can't win 'em all, but definitely a tough one to lose.