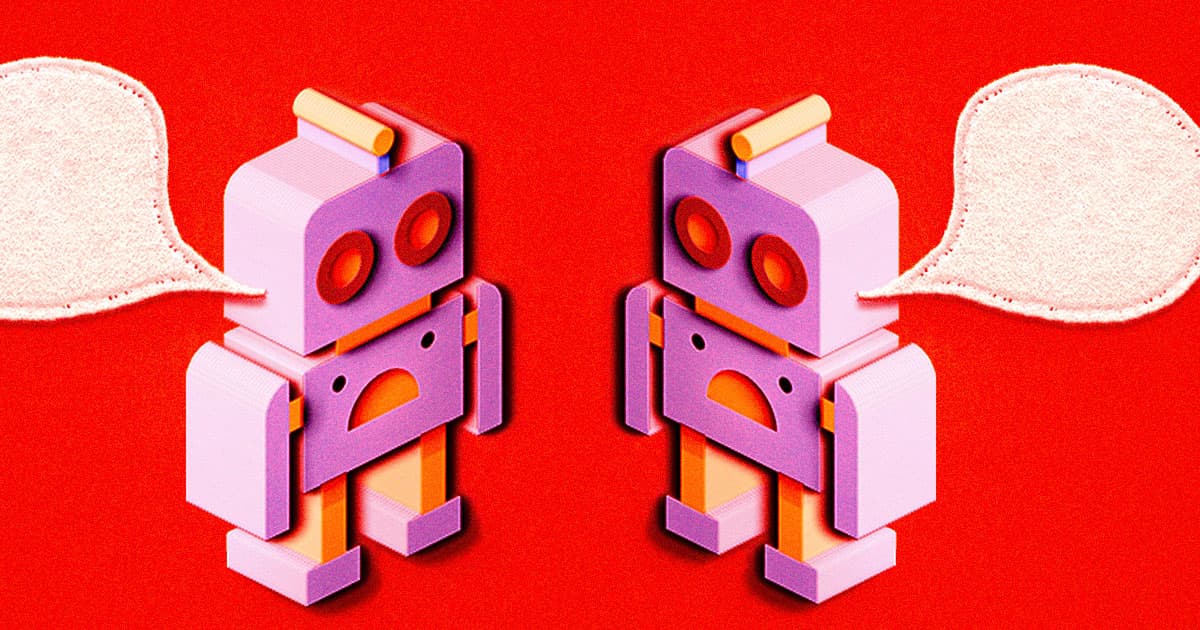 They gave scammers a taste of their own medicine.

They gave scammers a taste of their own medicine.

Video-first dating app Filter Off has come up with a clever solution to ward off scammers: locking them in a room with a bunch of its own bots, TechCrunch reports.

As often happens with online dating platforms, the service started to fill up with scammers looking to extract money from actual users.

But the company came up with a clever solution: creating a bunch of amorous chatbots and configured the system so that the scammers only match with them — an elegant and poetic solution to a very persistent problem.

The company's head of product, Brian Weinreich, told TechCrunch that there are now "probably over 1,000 scammers," which are "actively talking to just bots."

The company created the chatbots using GPT-3, OpenAI's powerful language model that can produce human-like text, and combined them with AI-generated images of human faces.

The profiles were invisible to human users, but were the exclusive dating pool for scammers the company identified.

"The funny part is, two things happen," Weinreich told TechCrunch. "One, the scammers will run into other bots, but they’ll also run into other scammers, and they’re trying to scam each other."

"They are like ‘I want $40 for a Google Play gift card’ and the other scammer replies ‘no, no you give a gift card to me‘ and they just kept arguing," he added.

It's a devious ploy, albeit one that's been tried before in videogames and even against telemarketers. But as always, the scammers are doubtless going to be hard at work figuring out how to evade — or even exploit — the new system.

More on virtual dating:People Are Going on Dates in the Metaverse and It Sounds Very Strange