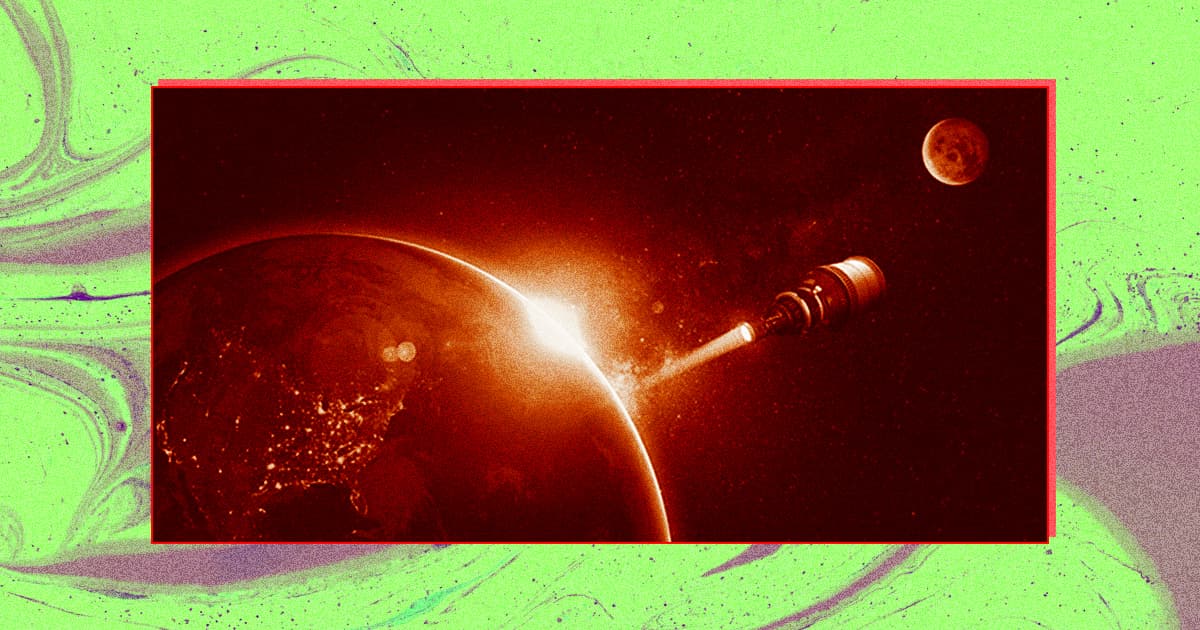 DARPA Is Planning to Launch a Nuclear-Powered Spacecraft

A nuclear rocket could take flight by as soon as 2025.

A nuclear rocket could take flight by as soon as 2025.

DARPA, the Pentagon's research division, has plans to send a spacecraft powered by a nuclear reactor into orbit as soon as 2025.

It's an ambitious project, not only because it involves new propulsion technology, New Scientist reports, but because engineers don't actually think the rocket will be powerful enough to escape the Earth's gravitational pull. Instead, the nuclear rocket would get a piggyback ride into orbit, from which it can propel itself to a secondary destination.

It sounds almost comical to put so much emphasis on a rocket that can't make its own way into space, but that's not really the point. Instead, the nuclear thermal space propulsion (NTP) tech would make spacecraft and satellites that are already in orbit easier to maneuver and reposition.

"In the air, on the ground, and at sea, maneuverability is a critical capability," DARPA project manager Nathan Greiner told New Scientist. "Nuclear thermal propulsion will give us that agility in space."

A successful NTP system would also make it easier to quickly reach the Moon or Mars, which would make settling or at least establishing long-term research outposts on other worlds much more feasible and safer for astronauts who would be exposed to dangerous cosmic rays during the journey.

Of course, DARPA actually needs to get the nuclear-powered rocket into space before it can help with any of that. And while launching a nuclear reactor into the atmosphere sounds risky, New Scientist reports that the low-enriched uranium is actually safer than the plutonium that's currently powering NASA's Perseverance rover on Mars.

READ MORE: The US plans to put a nuclear-powered rocket in orbit by 2025 [New Scientist]

More on nuclear rockets: DARPA Is Considering a Nuclear Rocket for Moon Missions