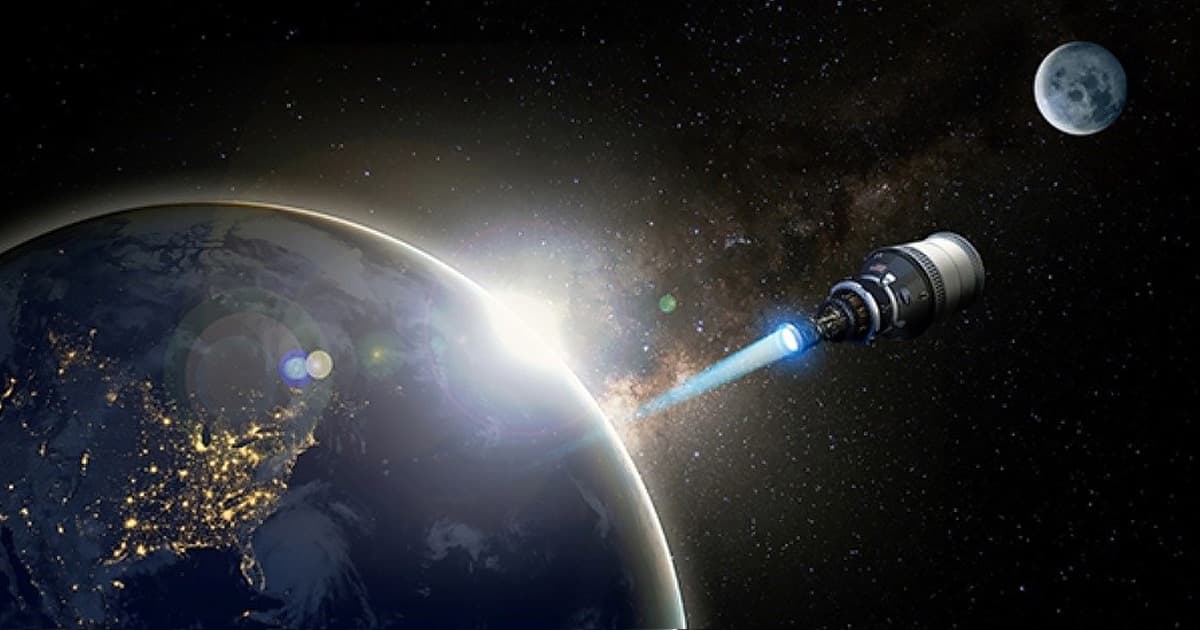 DARPA Is Considering a Nuclear Rocket for Moon Missions

The concept is simple: an on-board reactor generates heat, which is then pushed through a nozzle to produce thrust.

The contract, to a company called Gryphon Technologies, is meant to support DARPA's Demonstration Rocket for Agile Cislunar Operations (DRACO) program — essentially a project investigating whether the extreme temperatures produced by nuclear reactions can be used as a propulsion system.

According to DARPA, an NTP system offers both 10,000 times the thrust-to-weight ratio compared to electric propulsion and two to five times the efficiency of chemical propulsion.

The agency is hoping nuclear thermal propulsion will allow the US to keep up with "maintaining space domain awareness in cislunar space."

NASA is eyeing a similar system for propelling its own spacecraft. Last year, NASA administrator Jim Bridenstine called NTP a potential "game changer" for the agency, with the potential to revolutionize space travel and enable trips to and the eventual settlement on Mars.

Such a propulsion system could even allow for the generation of artificial gravity during such long trips through outer space, according to NASA research dating back to 2014, to address the health concerns surrounding long-term exposure to zero gravity.

More on nuclear propulsion: Nuclear Propulsion Could Be 'Game-Changer' for Space Exploration