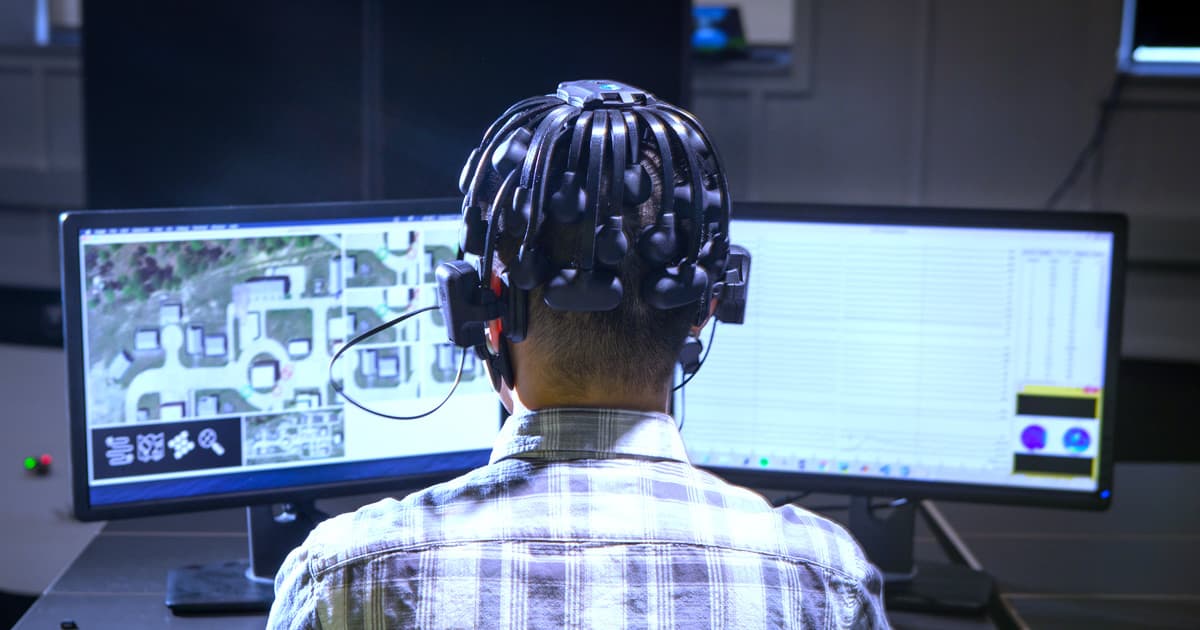 If you're a gamer, the military wants to pick your brain.

If you're a gamer, the military wants to pick your brain.

A team of artificial intelligence researchers at the University at Buffalo plans to study the brain waves and eye movements of around 25 people, Digital Trends reports, while they play a video game.

They'll then use the information they glean from the gamers to build an advanced AI — so that it can then coordinate the actions of entire fleets of autonomous military robots.

The U.S. Defense Advanced Research Projects Agency — better known as DARPA — has awarded the UB team a $316,000 grant for the study, which researcher Souma Chowdhury told Digital Trends is moving at "a pretty aggressive pace."

The team still needs to gather the gamer data, but that shouldn't take too long. The researchers have already built a real-time strategy game for the study, with a round of the game taking about five to 10 minutes to complete. If each of the gamers plays six or seven games, Chowdhury expects the team will have enough data to train its AI.

Ultimately, the researchers hope to end up with an AI that can guide the actions of groups of 250 robots on the ground and in the air, giving the fleet the ability to autonomously navigate unpredictable environments.

"Humans can come up with very unique strategies that an AI might not ever learn," Chowdhury told Digital Trends. "A lot of the hype we see in AI are in applications that are relatively deterministic environments. But in terms of contextual reasoning in a real environment to get stuff done? That's still at a nascent stage."