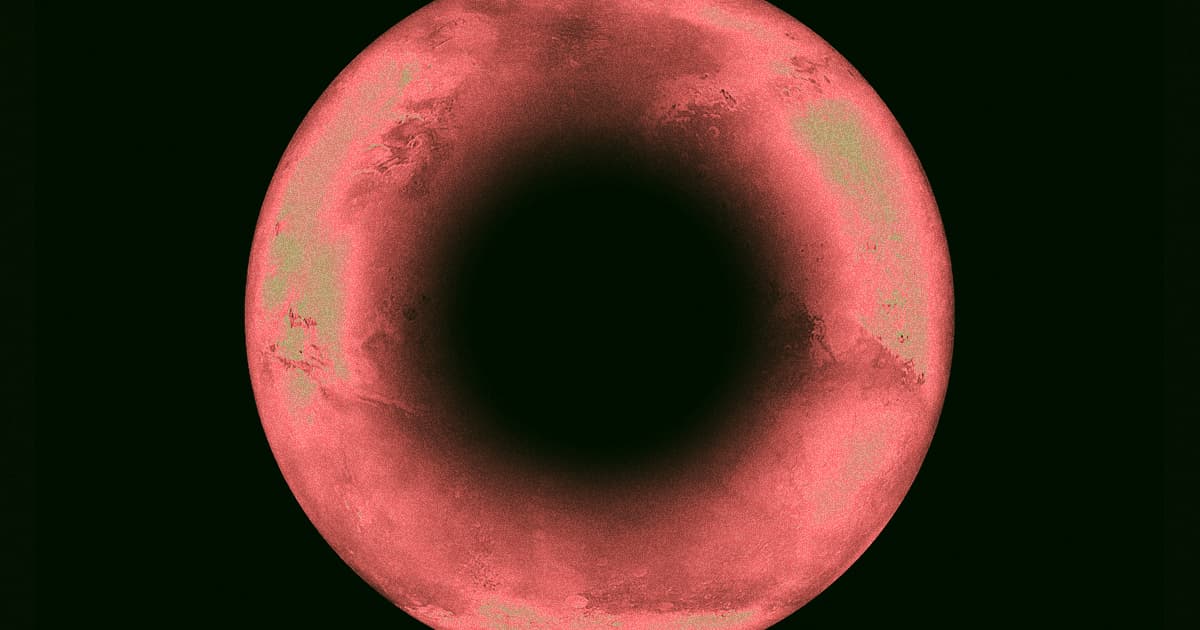 Dark Matter May Be Hiding Inside Planets, Scientists Say

A pair of scientists on the hunt for dark matter have an unusual new idea for where to look: trapped inside gas giant planets that sucked up the mysterious, invisible particles like cosmic quicksand.

Researchers believe that a planet's gravitational pull can attract and capture dark matter particles, where they would eventually collide and destroy one another, releasing explosive flashes of heat, Wired reports. Therefore, it stands to reason that planets near the center of the galaxy, where there's likely a huge quantity of dark matter, might be uncharacteristically hot, according to theoretical research published last month in the journal Physical Review Letters. And while the duo doesn't have a way to test out that idea right now, probing these inner-galaxy worlds for surprising heat signatures would be a good way to make use of the next generation of space telescopes once they launch.

Study coauthor Rebecca Leane, an astroparticle physicist at MIT and the SLAC National Accelerator Laboratory, told Wired that merely passing through the Milky Way's halo of dark matter would be enough for a gas giant to siphon some away. And once they're trapped inside that planet's atmosphere, the particles would be crashing around "like billiard balls," slowing down and giving off heat each time they smack into a proton.

"It just comes in, literally hits it, and then bounces off," Leane told Wired. "But it can bounce off with less energy."

It will be some time before the researchers can actually check out their dark matter quicksand hypothesis. Current orbital observatories like the Hubble Space Telescope aren't up to snuff, but the James Webb Space Telescope, once it finally launches, will have the necessary tool to determine whether exoplanets near the galaxy's center are unusually hot.

"It's a very surprising and inventive approach to detecting dark matter," Queens University physicist Joseph Bramante, who didn't work on this study but has searched for dark matter on planets, told Wired. And finding those atypically-hot worlds "would be a very compelling smoking gun signature of dark matter."

More on dark matter: These Bizarre Objects May Have “Seeded” Supermassive Black Holes