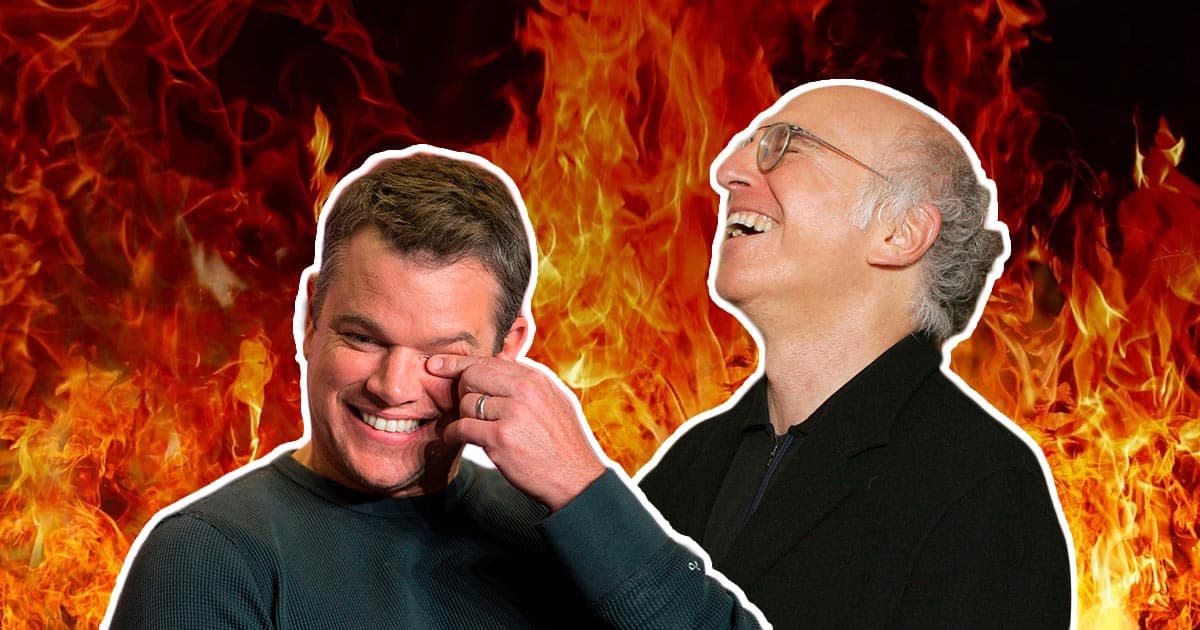 "This is real money that people are investing."

"This is real money that people are investing."

Remember all those celebrities who took money from crypto companies to do ads encouraging low-information dupes into investing? They're still rich, but they've been awfully quiet since the industry they shilled has tanked in value.

As The New York Times notes, not a single one of the celebrities who did cryptocurrency ads earlier this year has said anything since its cumulative valuation went straight to hell — except for Larry David, who made a telling admission through a representative.

When the NYT asked David's representation for comment, the director of an FTX ad featuring the "Curb Your Enthusiasm" star admitted that the actor doesn't own crypto and doesn't know how it works.

“Unfortunately I don’t think we’d have anything to add," Schaffer told the times, "as we have no idea how cryptocurrency works (even after having it explained to us repeatedly), don’t own it, and don’t follow its market. We just set out to make a funny commercial!"

Besides David, there's been nary a peep from his fellow crypto-shilling celebs that the NYT reached out to, from Matt Damon — who starred in a widely-panned ad under Crypto.com's milquetoast slogan, "Fortune Favors the Brave" — and LeBron James to Reese Witherspoon and Gwyneth Paltrow, along with countless others.

As noted by the University of Chicago's Giovanni Compiani — whose marketing research focuses on the way younger and lower-income crypto investors tend to be overly optimistic about what they're buying into — these celebs' boosterism and subsequent silence is particularly insidious because of their wealth.

"This is real money that people are investing," Compiani told the Times. "Those who promote it should be more upfront about the potential downsides."

READ MORE: All Those Celebrities Pushing Crypto Are Not So Vocal Now [The New York Times]