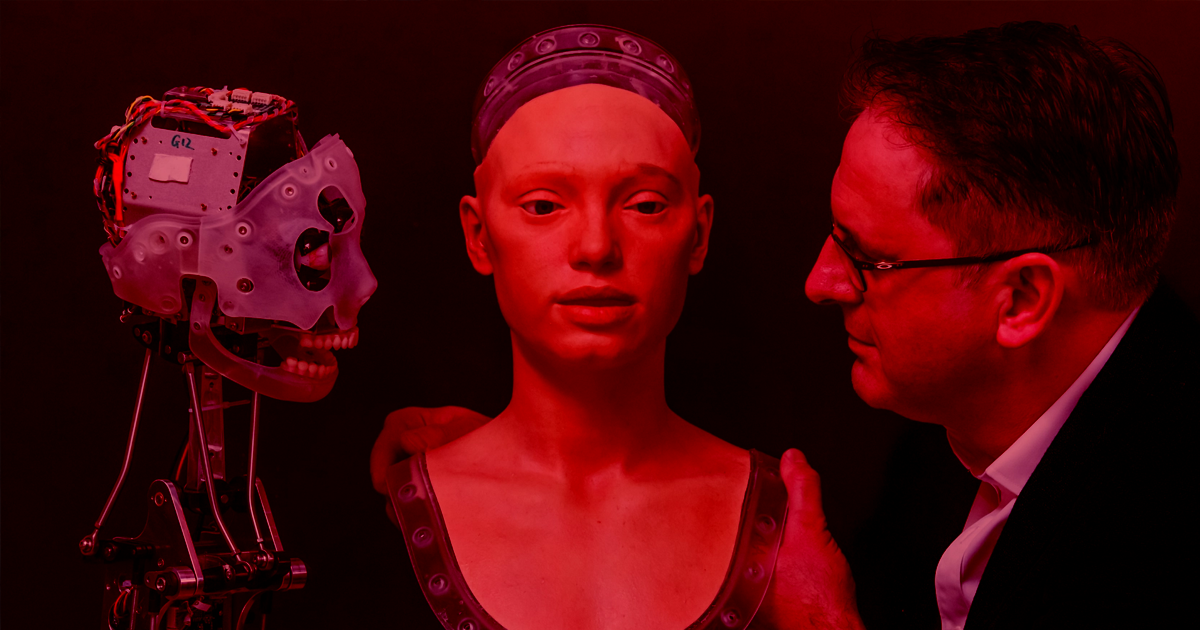 An artist billed as “one of the most exciting… of our time” is about to launch her first solo exhibition. But don’t expect her to seem too excited about it.

That’s because Ai-Da is a robot — albeit one that looks creepily human.

On Wednesday, the bot’s first exhibition, “Unsecured Futures,” will open at the University of Oxford’s St John’s College, with eight drawings, 20 paintings, four sculptures, and two video works on display. Ai-Da’s creator Aidan Meller, who has given the bot a female persona, told Reuters she’s already sold $1.2 million worth of artworks — another sign that collectors are eager to buy into the world of AI-created art.

To create her art, Ai-Da first looks at a subject using cameras positioned in her eyeballs. An internal computer powered by AI translates what the robot artist “sees” into coordinates she can transfer to her medium of choice via a robotic arm holding a pen or pencil.

“It’s a really exciting process never been done before in the way that we’ve done it,” Meller told Reuters, later adding that “we don’t know exactly how the drawings are going to turn out and that’s really important.”

Ai-Da’s exhibition will run through July 6, but if you haven’t already snapped up a ticket, you’re out of luck — Meller told Reuters the show is sold-out.

More on Ai-Da: A Fleshy New Humanoid Sketches You, Mimics Your Facial Expressions

Qbits for Cubists: Robots Made These Incredible Works of Fine Art
7. 13. 18
Read More
It’s Really Hard to Give AI “Common Sense”
3. 11. 18
Read More
An AI Robot Learned How to Pick up Objects After Training Only in the Virtual World
5. 29. 17
Read More