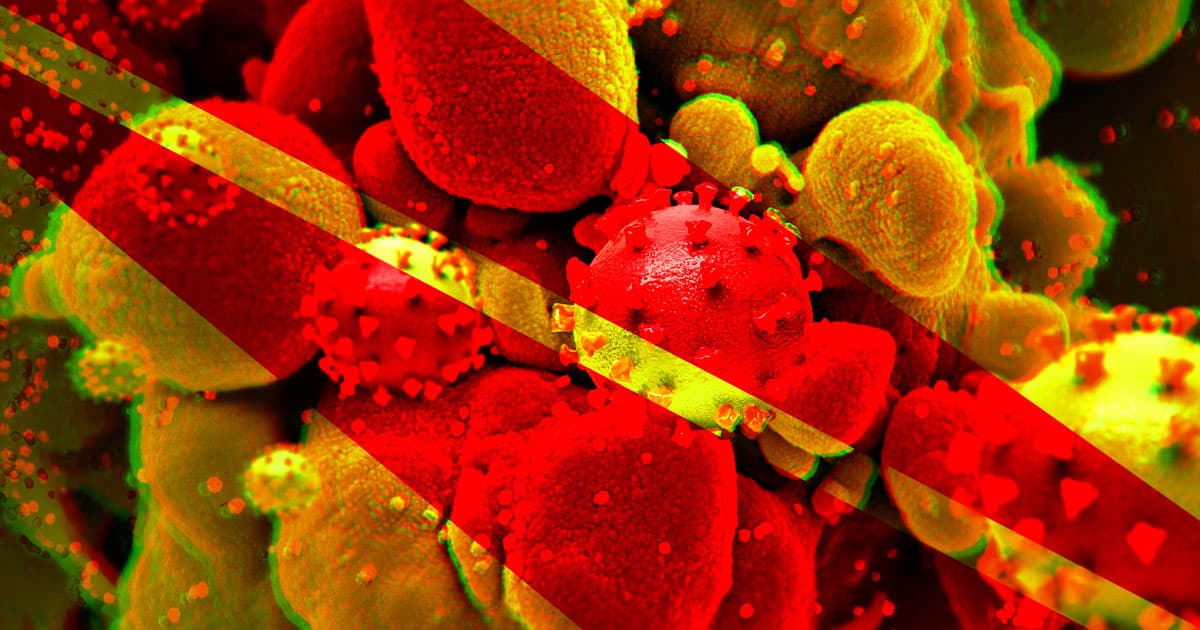 "This work mimics an infectious disease in its invasiveness and universal spread."

"This work mimics an infectious disease in its invasiveness and universal spread."

An anonymous genius with the username "Bayneko" effectively turned an NFT into an infectious disease, causing it to land in almost 100,000 wallets, whether the owners of said wallets wanted it or not, Slate reports.

It's a clever meta-commentary on the seemingly impossible-to-escape NFT trend — which, as the project points out, can feel a bit like being infected with a virus against your will.

Bayneko, who describes themselves as an "NFT supervillain," says they distributed 10 variants of a COVID-themed NFT "in what is the largest JPEG drop in the history of blockchains," as they wrote in an early February tweet announcing the stunt.

The hacker "airdropped" the files on the blockchain platform Tezos, distributing it to those who had already collected at least one NFT on the platform. Then other artists and collectors started participating, spreading the "virus" even farther.

"Your response to this social experiment has been provocative," Bayneko wrote in the announcement. "COVID-19 is a terrible illness that has destroyed lives and altered others. It has affected everyone in some way. This work mimics an infectious disease in its invasiveness and universal spread."

It's a fascinating take on NFTs. But fortunately, no vaccines are necessary. All you have to do is not collect NFTs on the platform to avoid infection.

Bayneko, however, argues you should lean into the trend. Rather than "burning the disease or infect others by transferring the token," users could "collect additional tokens and increase your viral load," they suggested in follow-up tweets.

There have long been comparisons between software and genetics — think "computer viruses" — and the metaphor seems more apt for this project than ever.

"The virus does not discriminate, it is simply doing what its genetic code dictates," Bayneko told SuperRare.

READ MORE: Someone Made a “COVID NFT” and Sent It to 96,000 People Without Asking [Slate]