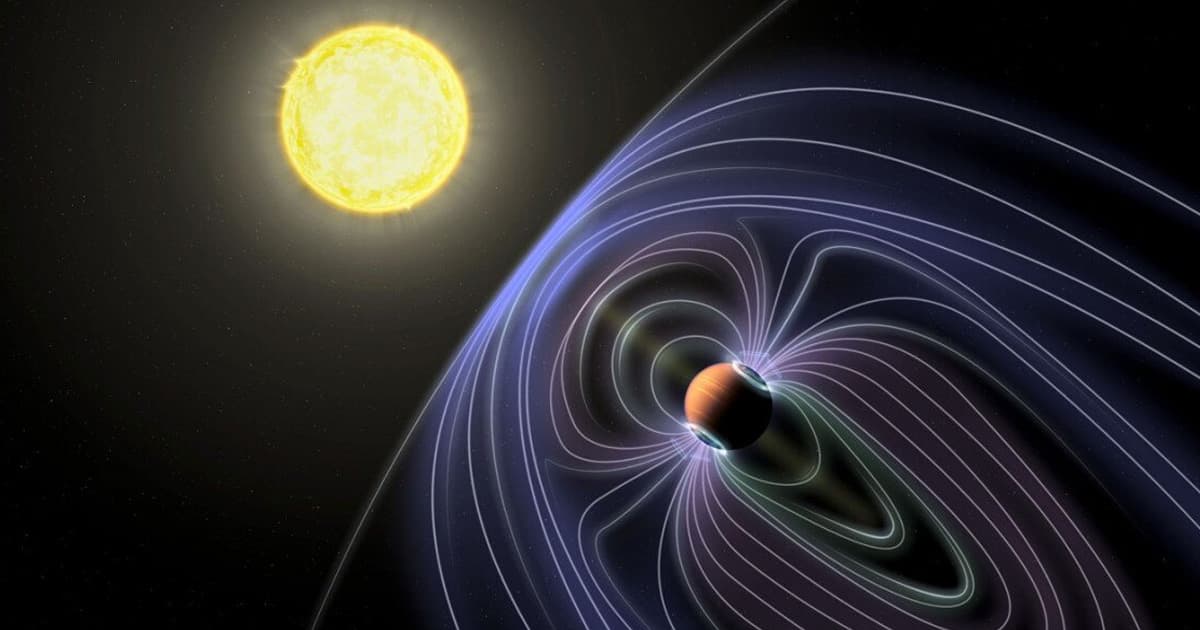 This is the first radio signal ever detected from a planet beyond our star system.

This is the first radio signal ever detected from a planet beyond our star system.

A team of Cornell University scientists has found what they believe to be the first radio signature emitted by a planet outside of our solar system.

Knowing what that sounds like, let’s be clear: It’s probably not aliens. However, according to research slated for publication in the journal Astronomy & Astrophysics, picking up on radio signatures from an exoplanet is a valuable tool for scientists who want to know whether that world could potentially support life.

The exoplanet in question is a “hot Jupiter” exoplanet that orbits very close to its star in the constellation Boötes. The Cornell scientists behind the study say that they’ll need to follow up on their research to confirm it’s the source of the radio signal, which they picked up using the Low Frequency Array (LOFAR), a radio telescope in the Netherlands. But if they’re right, exoplanet radio signals could reveal whether those worlds have magnetospheres like the one that protects the Earth.

“If confirmed through follow-up observations,” Cornell astronomer Ray Jayawardhana said in a press release, “this radio detection opens up a new window on exoplanets, giving us a novel way to examine alien worlds that are tens of light-years away.”

Earth’s magnetic field protects the planet from dangerous cosmic radiation, but picking up on radio signals given off by a world’s magnetic field doesn’t guarantee it will be habitable like Earth is. By contrast, the scientists learned to detect the hot Jupiter’s signal by studying the actual planet Jupiter.

“We learned from our own Jupiter what this kind of detection looks like,” lead author Jake Turner said in the release. “We went searching for it and we found it.”

More on hot Jupiters: A Super-Black Planet Is About to Literally Crash Into Its Star