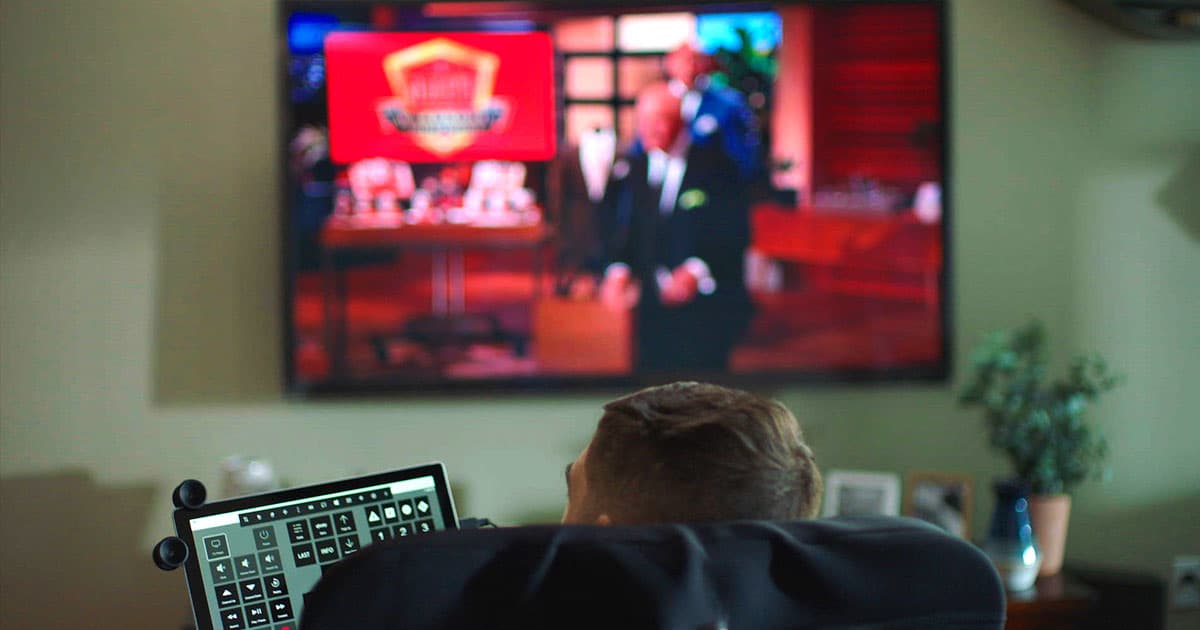 TV Viewers Can Now Change the Channel With Just Their Eyes

Put down the remote.

Put down the remote.

On Monday, Comcast launched Xfinity X1 eye control, a feature that pairs with existing eye-tracking systems to let customers use their eyes like they would a remote control — with a well-placed glance, they can now change the channel, set a show to record, or search for a program.

The initial hope is that the system will make it easier for people with physical disabilities to enjoy television — but that's just one part of Comcast's bigger plan.

According to Quartz, this new feature signals the first earnest attempt by a U.S. entertainment company to offer its customers eye control — and given the fact that Comcast is the largest cable TV provider in the nation, the tech could change how a lot of people watch TV.

He told Quartz that Comcast plans to eventually integrate eye-tracking technology into its smart home services to allow customers to control their home's lights, thermostat, or doors using just their eyes.

If that rollout goes as planned — and the tech is easy to use — it's not hard to imagine people without physical disabilities adopting it too.

In other words, this new Comcast feature could signal the first steps along a path to a future in which we all put down the remote in favor of controlling devices with just our eyes.

More on eye-tracking tech: Brutal Startup Is Using Eye Tracking to Force You to Watch Ads

LIVE FROM NEW YORK!
Elon Musk on SNL: Reactions
5. 9. 21
Read More
Brands We Love
Start the New Year off Right With Thought Provoking Content From CuriosityStream
1. 7. 21
Read More
Net Neutrality Is Officially Gone. Here's How This Will Affect You.
6. 11. 18
Read More
+Social+Newsletter
TopicsAbout UsContact Us
Copyright ©, Camden Media Inc All Rights Reserved. See our User Agreement, Privacy Policy and Data Use Policy. The material on this site may not be reproduced, distributed, transmitted, cached or otherwise used, except with prior written permission of Futurism. Articles may contain affiliate links which enable us to share in the revenue of any purchases made.
Fonts by Typekit and Monotype.