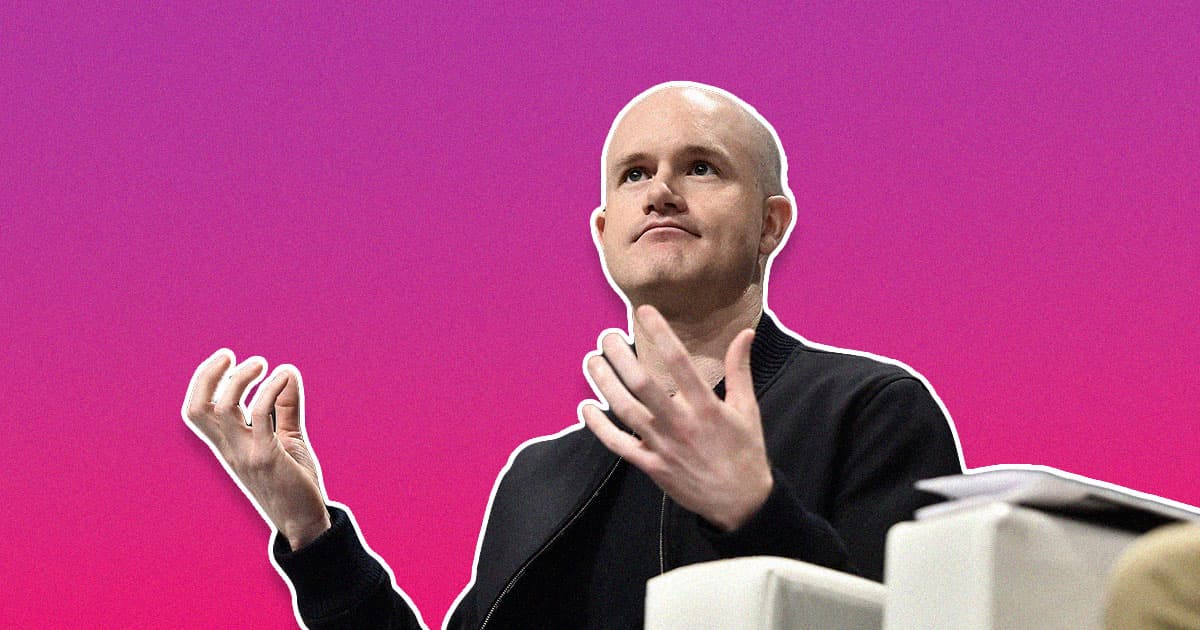 Coinbase May Be in Real Serious Trouble Now

Crypto winter is upon us.

Crypto winter is upon us.

The company's shares hit astonishing lows this week, sliding a whopping nine percent on Monday alone. Major cryptocurrencies including Bitcoin and Ether have also tumbled, with the former hitting two-year lows this week.

Coinbase's shares haven't been this low since April 2021, marking the latest fallout of the ongoing cryptocurrency crisis, CNBC reports. Over that same period, the company's valuation has crashed from a market cap of over $85 billion to below $10 billion.

It all casts the future of the crypto industry into doubt. The company is already coping with major losses and was forced to cut its workforce by 18 percent this summer.

The news also comes after now bankrupt rival exchange FTX imploded in spectacular fashion, wiping out a $32 billion valuation in a matter of days. The collapse sent ripples throughout the industry, with rival exchange BlockFi, which is reportedly preparing for a potential bankruptcy filing, poised to follow suit.

Coinbase's leadership has been in damage control mode, trying to calm investors. CEO Brian Armstrong maintained in an op-ed published by CNBC days after FTX's collapse that the exchange does not have "any material exposure to FTX."

"It’s stressful any time there is potential for customer loss in our industry, and a lot of people are losing a lot of money as a result of FTX’s struggles," he wrote.

Analysts, however, are wary of another crypto disaster.

"We feel confident that Coin is not 'another FTX,'" analyst Jason Kupferberg wrote in a note, as quoted by Bloomberg. "But that does not make them immune from the broader fallout within the crypto ecosystem."

One major question: how low is the cryptocurrency industry prepared to go?

Crypto lender Genesis, faced with the possibility of a bankruptcy filing, approached Binance for a bailout this week, The Wall Street Journal reports.

Binance, tellingly, chose not to invest.

More on Coinbase: Coinbase Reportedly Under Investigation by the SEC

Tulip Fever
Dutch Startup Mining Bitcoin to Grow Tulips, and We Can't Tell If They're Joking
12. 12. 22
Read More
Sometimes You Winkleviin, Sometimes You Winklevose
Former Employees Say Problems Were Obvious at the Winklevoss' Exchange Before It Paused Withdrawals
12. 11. 22
Read More
A Lesson in Digging Your Own Grave
An Interviewer Asked Sam Bankman-Fried If He'd Been Honest and His Answer Was Bizarre
12. 2. 22
Read More
+Social+Newsletter
TopicsAbout UsContact Us
Copyright ©, Camden Media Inc All Rights Reserved. See our User Agreement, Privacy Policy and Data Use Policy. The material on this site may not be reproduced, distributed, transmitted, cached or otherwise used, except with prior written permission of Futurism. Articles may contain affiliate links which enable us to share in the revenue of any purchases made.
Fonts by Typekit and Monotype.