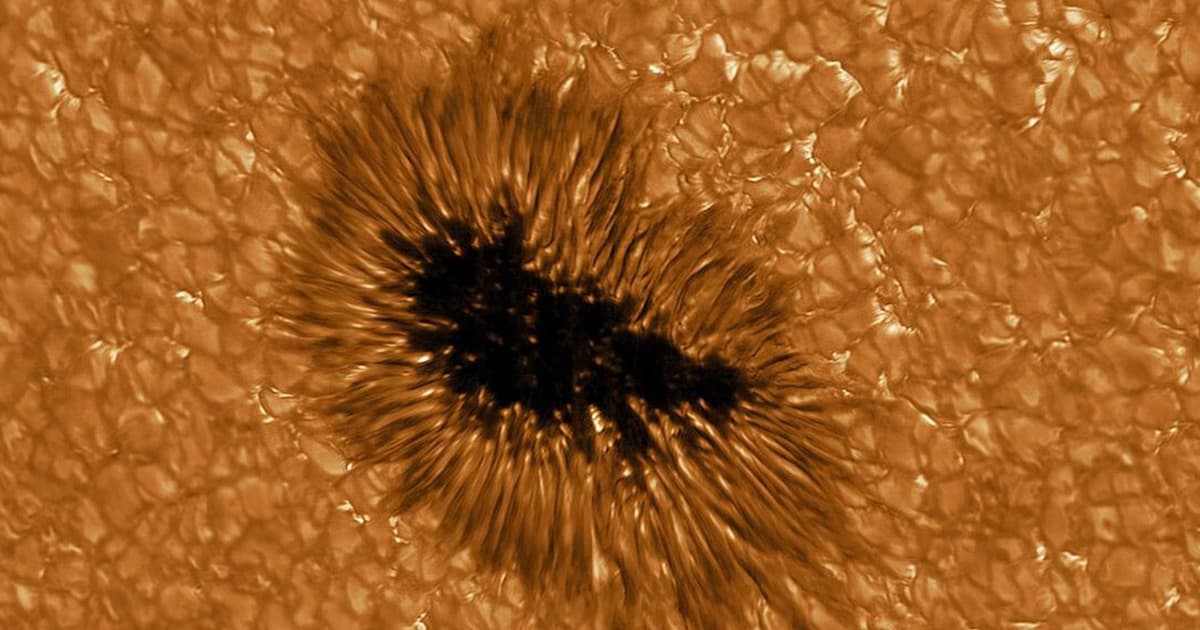 What they saw is absolutely terrifying.

What they saw is absolutely terrifying.

Using Europe’s largest solar telescope GREGOR, researchers zoomed in on the surface of the Sun to study its magnetism and how it influences the Earth — and what they saw is absolutely terrifying.

They were able to get close enough to identify features as small as 50 kilometers across, the equivalent of spotting a needle on a soccer field from an entire kilometer away, according to a statement.

Telescope optics suffer from many of the same problems as glasses wearers who have the wrong prescription, resulting in blurry vision. These issues tend to be caused by fabrication issues involved in constructing the telescope’s numerous elements.

The team was able to correct for some of these issues on GREGOR by realigning its elements and making several mechanical upgrades, as outlined in a new paper published in the journal Astronomy & Astrophysics.

One of these issues was an astigmatism, another issue plaguing both human and telescopic vision. They eliminated it by polishing six nanometers off the ‘scope’s massive parabolic mirrors, or about 10,000th the diameter of a human hair.

Thanks to the upgrades, the team was able to get a detailed look at the Sun’s mysterious sunspots, strange and relatively cool spots that dot the surface of our star. Magnetic fields are very strong in these areas, trapping the heat within.

And as it turns out, they look absolutely terrifying when viewed from Earth — like a horrible gaping mouth.

More on the Sun: Scientists Found Something Surprising in Closest-Ever Photos of the Sun

Satan's Butthole
The Sharpest-Ever Image of a Sunspot Looks Like a Portal to Hell
12. 4. 20
Read More
Tiny Flares
Scientists Found Something Surprising in Closest-Ever Photos of the Sun
7. 16. 20
Read More
Say Cheese
A Space Probe Just Took the Closest Pictures of the Sun Ever
6. 15. 20
Read More
+Social+Newsletter
TopicsAbout UsContact Us
Copyright ©, Camden Media Inc All Rights Reserved. See our User Agreement, Privacy Policy and Data Use Policy. The material on this site may not be reproduced, distributed, transmitted, cached or otherwise used, except with prior written permission of Futurism. Fonts by Typekit and Monotype.