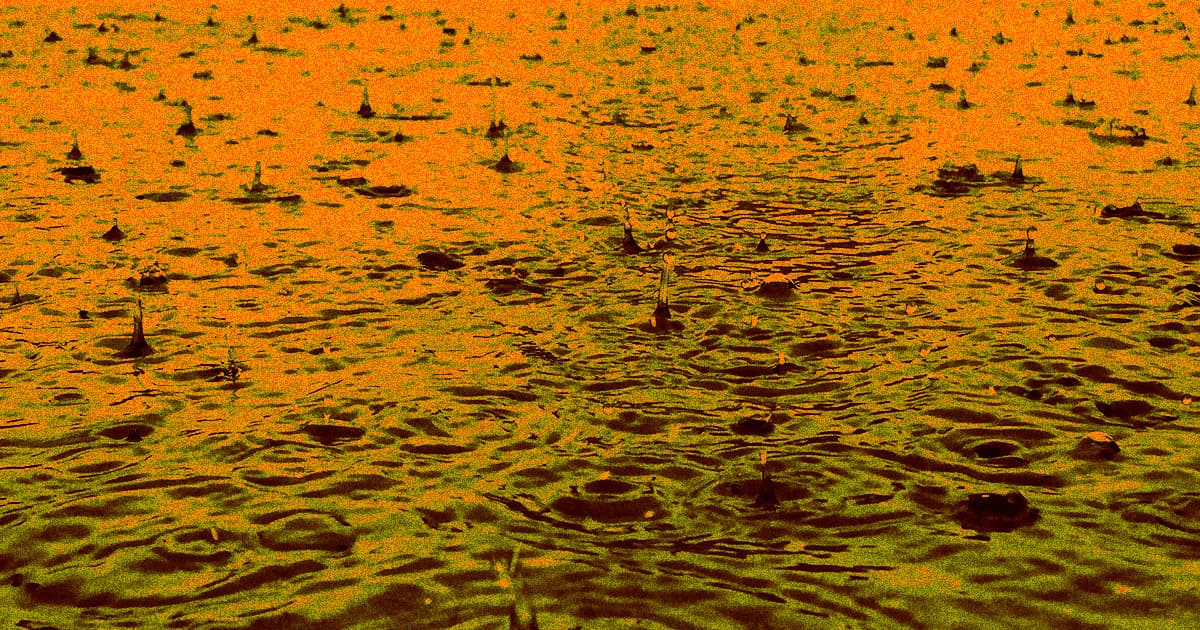 Was the Red Planet once Blue?

Was the Red Planet once Blue?

Researchers keep finding evidence that water once existed on Mars — and this time, the findings suggest that it flowed in Biblical proportions.

A newly-published study in the journal Nature — which scientists appear to have been buzzing about in the press since last week — details how researchers used the first-ever radar imager data from China's Zhurong Mars rover to peer below the Red Planet's surface, where they found evidence suggesting that one or more catastrophic floods may have shaped Mars' vast Utopia Planitia plains.

Using ground-penetrating radio waves that can "see" as deeply as 100 meters underground, imagers like the one Zhurong is outfitted with bounce signals off of whatever lies beneath, which in turn reflects back, with varying degrees of resolution, what solid or liquid objects are down there.

Though the imager didn't detect any water in the roughly 80 vertical meters it surveyed, it did discover two horizontal layers that reflected back large boulders underneath smaller rocks.

The researchers say these layers, the first and "youngest" of which was between 10 and 30 meters down with the older, deeper, and thicker layer around 30 to 80 meters in depth, could indicate two distinct flooding incidents whose rapid waters carried sediments that eventually became boulders. The shallower layer's flood likely took place, the Chinese Academy of Sciences researchers say, around 1.6 billion years ago, during a period of glacier activity, and the deeper layer's flood was probably around three billion years ago.

While this is certainly an exciting update in the Mars waters saga, study co-author Chen Ling did include an important caveat by noting that because they could only detect the radar outlines of the belowground structures and not test them physically, there's a chance that the rocks could be volcanic rather than sedimentary — which would embolden a different theory about volcanoes on Mars, but not necessarily help the search for water on the Red Planet.

All the same, these first radar imager data from China's Mars rover — NASA, to its credit, sent an American contraption of this sort up on the 2020 Perseverence rover — are nevertheless a huge step in figuring out how Mars got to be so dead, and whether it ever could have supported life.