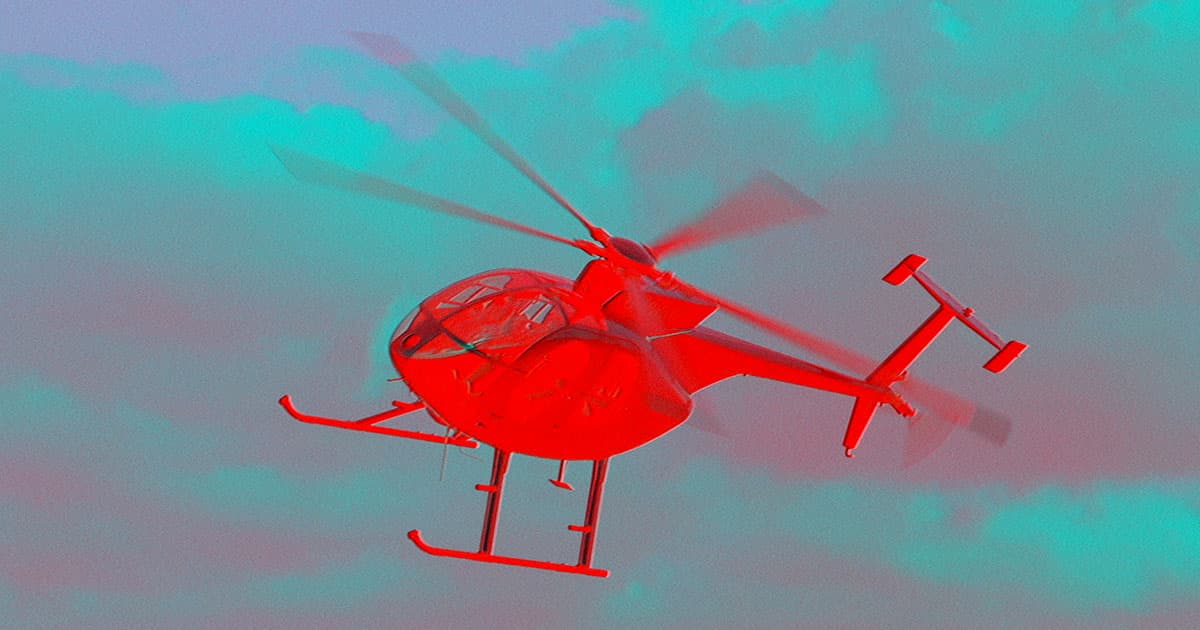 Chinese Researchers Are Working on an Electric Helicopter

Going electric could mean lighter and easier to control helicopters.

Going electric could mean lighter and easier to control helicopters.

A team of Chinese engineers are working on an electric helicopter, according to the state-owned China News Service. The team is hoping that the use of electric motors could not only save fuel but make helicopters lighter and easier to control.

According to chief designer Deng Jinghui from the China Helicopter Research and Development Institute in Jingdezhen, Jiangxi province, the team will first replace the tail rotor of a traditional helicopter with an electric motor for "exploring and verifying the technical feasibility of an all-electric helicopter."

If all goes well, the team will experiment with replacing the main engine and rotor as well.

By removing the need for a transmission — electric motors simply don't need one — flying a helicopter could become a lot easier.

"The removal of transmissions and the use of electric motors will help to reduce a helicopter's weight, streamline its structure, make control easier and also improve reliability," Deng said, as quoted by the China News Service.

More on electric aircraft: We've Never Been This Close to Making Electric Flight a Reality

Tiltrotor Down
A "Tiltrotor" Helicopter May Replace the Army's Black Hawk
2. 21. 19
Read More
Airbus, Rolls-Royce and Siemens Announce New Partnership to Build an Electric Airplane
11. 28. 17
Read More
This Is Flight in the World of Tomorrow
3. 11. 17
Read More
+Social+Newsletter
TopicsAbout UsContact Us
Copyright ©, Camden Media Inc All Rights Reserved. See our User Agreement, Privacy Policy and Data Use Policy. The material on this site may not be reproduced, distributed, transmitted, cached or otherwise used, except with prior written permission of Futurism. Articles may contain affiliate links which enable us to share in the revenue of any purchases made.
Fonts by Typekit and Monotype.