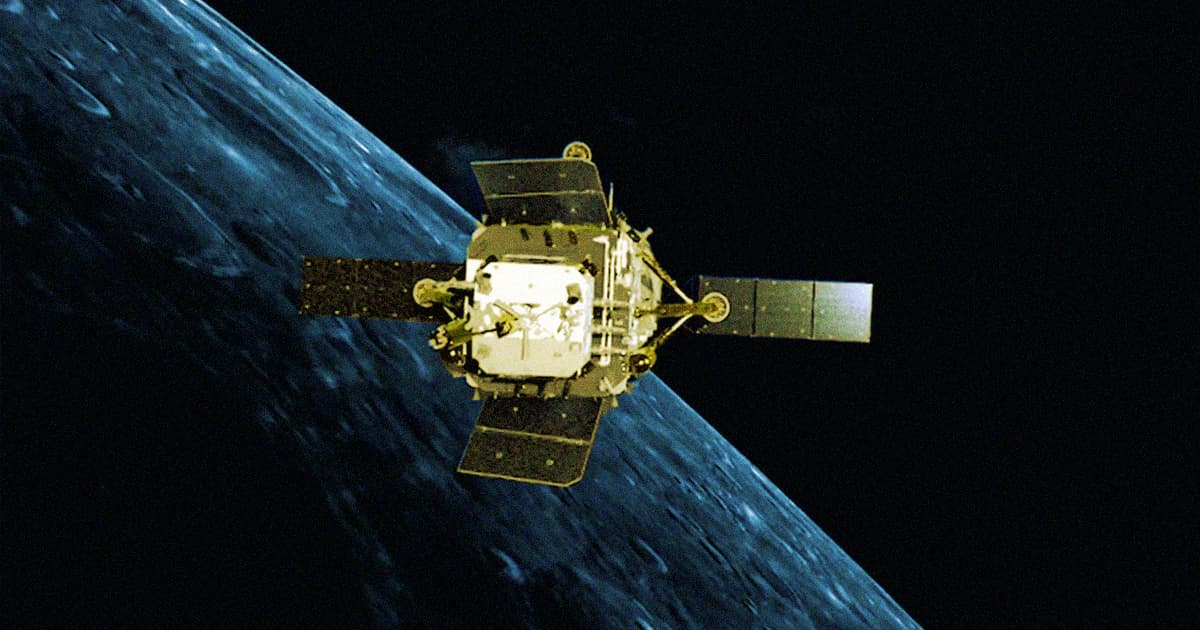 The Chang'e-5 orbiter, one of the spacecraft from China's lunar sample return mission of the same name from last year, just changed course and seems to be heading back toward the Moon.

After ferrying the Moon rocks to Earth, the Chang'e-5 orbiter shipped right back out toward a Lagrange point where the gravitational pull from Earth and the Sun are equal but opposite. But after a roughly six-month stay at the Lagrange point, the spacecraft seems to have turned around and is now set to reach the moon on Thursday morning, according to SpaceNews. There are several plausible explanations for the maneuver, but without any official announcement or update from the Beijing Aerospace Flight Control Center, the orbiter is now the subject of swirling speculation.

Chang'e 5 is rapidly returning to the Earth-Moon system. Amateur observations of the radio signal have allowed it's position in space to be precisely determined. Here's an animation of the trajectory of CE5 until lunar periapsis. pic.twitter.com/8cF7Qt02cZ

Most intriguing about the orbiter's impromptu from its deep space mission is the fact that it's almost certainly running out of fuel, according to SpaceNews.

"I don't think there will be many opportunities for the orbiter to perform more complex orbit maneuvers with other bodies," Chang'e-5 spacecraft system chief designer Jing Peng of the China Academy of Space Technology said at a conference in June, according to Space.com. "I think it will stay in [the Lagrange point] or the Earth-moon system."

With those limitations in mind, SpaceNews speculated that the spacecraft might also use the lunar flyby to set itself on yet another new course toward 49219 Kamo'oalewa, an asteroid near the Earth that China plans to explore during a 2024 asteroid sample return mission. But pending official word from Chinese authorities, we may simply have to wait and see where the orbiter heads next.

READ MORE: China's Chang'e-5 orbiter is heading back to the moon [SpaceNews]