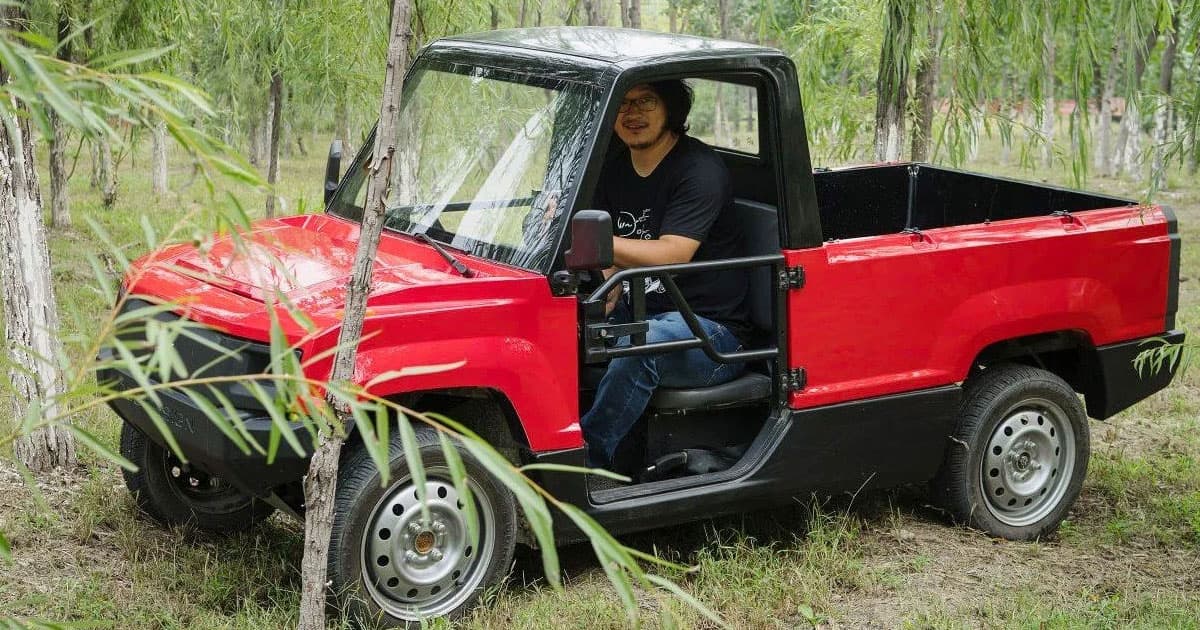 The company's founder says it'll be as "successful as the F-150."

The company's founder says it'll be as "successful as the F-150."

Not every American has the need for a giant Ford F-150 pickup truck. At least, that's what Chinese automaker Kaiyun Motors is banking on.

The company's Pickman is a petite but spartan electric pickup truck that the company plans to sell in the U.S. And the price tag is only a fraction of a full-size American-built pickup truck, starting at just $8,950 for a road-legal version, according to Fox News.

The Pickman will feature an advertised range of 75 miles (120 km), and its top speed is capped at a sluggish 28 mph (45 km/h) — not exactly a road-trip-worthy highway cruiser.

"I can imagine people in North America and Europe will use the Pickman as utility vehicles in construction sites," auto analyst at Bloomberg Intelligence in Hong Kong Steve Man told Bloomberg.

The news comes less than a month after Ford announced it will release an all-electric version of its F-150 pickup truck. Kaiyun founder Wang Fao has ambitious plans and wants to sell at least 10,000 of the Pickman trucks, according to Bloomberg.

Other than construction sites, the tiny pickup could also appeal to farm owners, factory employees and even commuters. Or at least, that's what Wang thinks.

And the Chinese automaker is aiming for the sky: beat out one of the best-selling cars in American automotive history. "2019 will be year one for Kaiyun as we take on overseas markets including the U.S.," Wang told Bloomberg. "We can make our Pickman as successful as the F-150."

READ MORE: This China-Made Electric Pickup Truck Could Be Yours for $5,000 [Bloomberg]