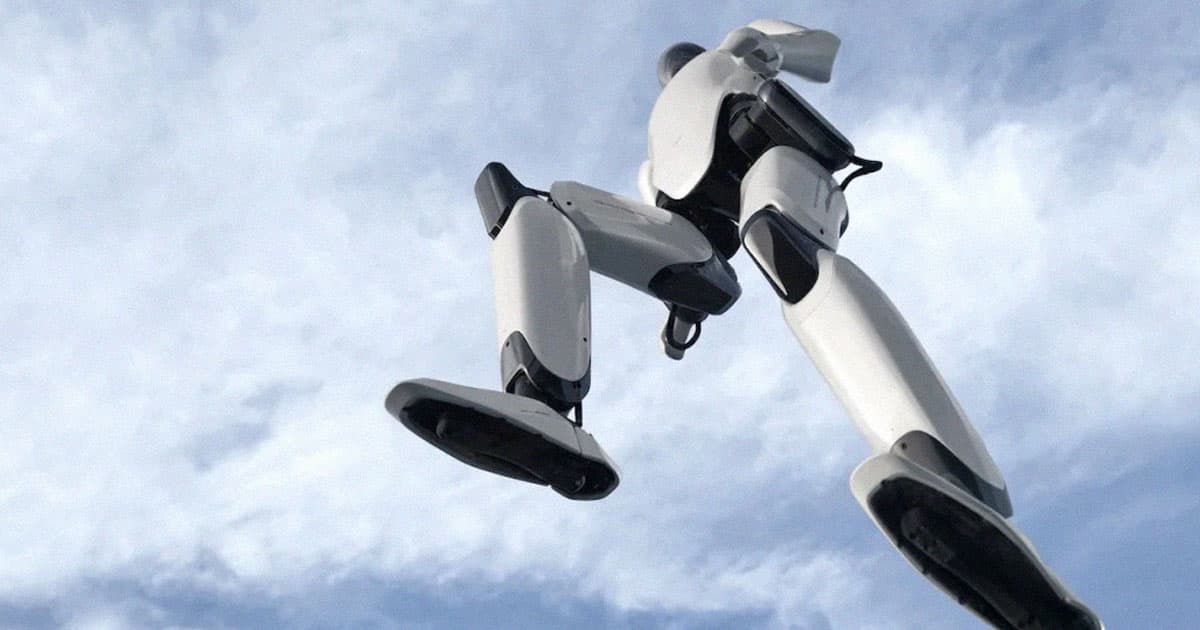 Was that a dig at Elon Musk?

Was that a dig at Elon Musk?

Chinese tech giant Xiaomi has unveiled a futuristic-looking humanoid robot called the CyberOne — and we can't help but think Xiamoi might be beating Tesla to the punch, possibly by years.

The CyberOne looks quite a bit like Tesla's renders of its Optimus robot, except that this one, well, actually exists in the real world and isn't a human dancer dressed in spandex.

Xiamoi remained pretty tight lipped about its new robotic servant. The CyberOne, which could be seen walking onto a stage during its unveiling, is a few inches short of six feet and weighs a mere 115 pounds.

The video shows the adult-sized robot awkwardly shuffle onto the stage to hand a flower to Xiaomi CEO Lei Jun before retreating back into the shadows.

I was both nervous and thrilled to interact with him on stage. What did you think of his performance tonight? #CyberOne pic.twitter.com/Je1eXDYEGR

According to Xiamoi's website, the robot can "recognize 85 types of environmental sounds and 45 classifications of human emotion."

It can also "detect happiness, and even comfort the user in times of sadness" — which is either reassuring or super creepy, depending on the way you look at it.

A curved OLED screen wrapped around the humanoid's face will display information to the user, the company says.

In any case, we're still not entirely clear what kind of jobs or tasks the CyberOne would carry out. In the end, it may well just be a shot across the bow at Tesla.