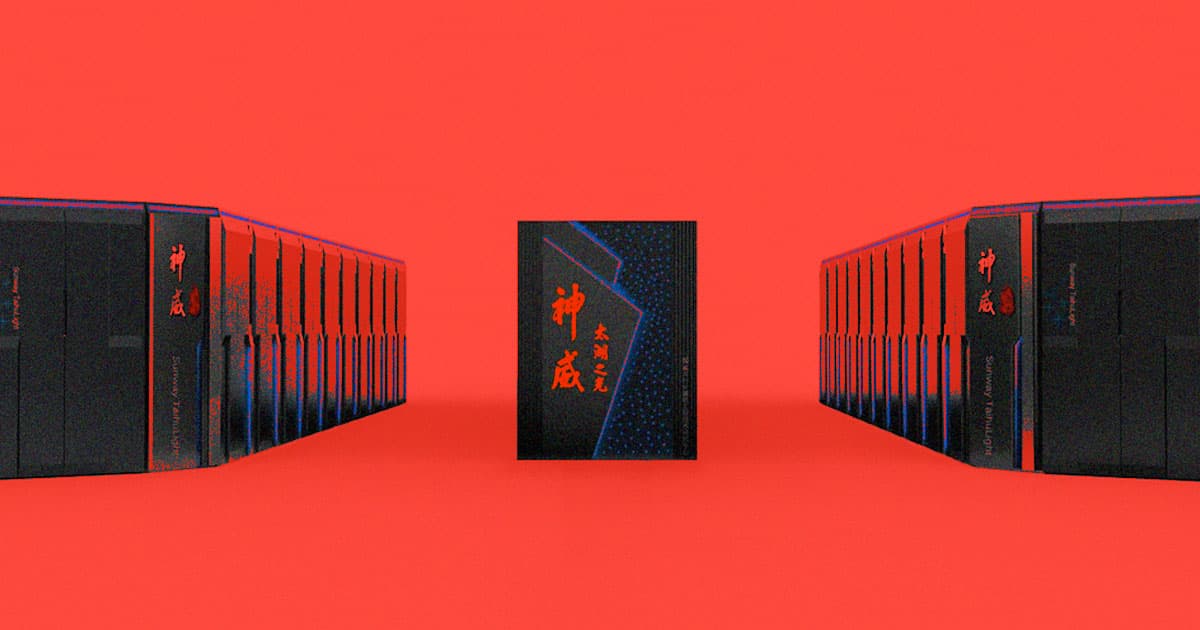 Here's why that matters.

Here's why that matters.

China might have cemented its supercomputing supremacy with not one but two exascale computing systems.

The two machines were created at the National Supercomputing Center in Wuxi, China, an anonymous source told The Next Platform, a publication about the cloud and supercomputing industries. The computers — which are the Sunway "Oceanlite" system and the Tianhe-3 — allegedly hit 1.3 exaflops at their peak. If true, that would mark the first time a single supercomputer — let alone two — has hit the exascale threshold.

Exascale computers are systems that would be able to calculate a billion billion calculations per second, otherwise known as an exaflop. As of the time of reporting, no system has officially hit this goal. However, the report from Next Platform might be an indicator that China has hit it — but wants to keep it a secret.

Why would it want to do that? Well, both China and the US have historically had a cold relationship in terms of scientific and technological innovations with one another. It’s such a common occurrence that it became a major plot point in the bestselling novel and hit movie "The Martian."

And that's without mentioning China recently launching a hypersonic missile test — though they’ve since denied it, claiming that it was merely a spacecraft experiment.

Similarly, China might have reached the goal of exascale computing but want to keep its innovations secret due to the sensitive geopolitical climate. Next Platform also speculates that the country chose to leak the info in order to avoid publishing benchmark results — just in case the US supercomputer "Frontier" outperforms them when it’s unveiled in the future. Of course, it could also all just be a load of BS and the country hasn't reached exascale yet.

Whatever the case, the idea that China might have reached exascale computing is exciting — though for now, you should definitely take it with a grain of salt.

More on supercomputers: Chinese Scientists Say They Now Have the World’s Most Powerful Quantum Computer