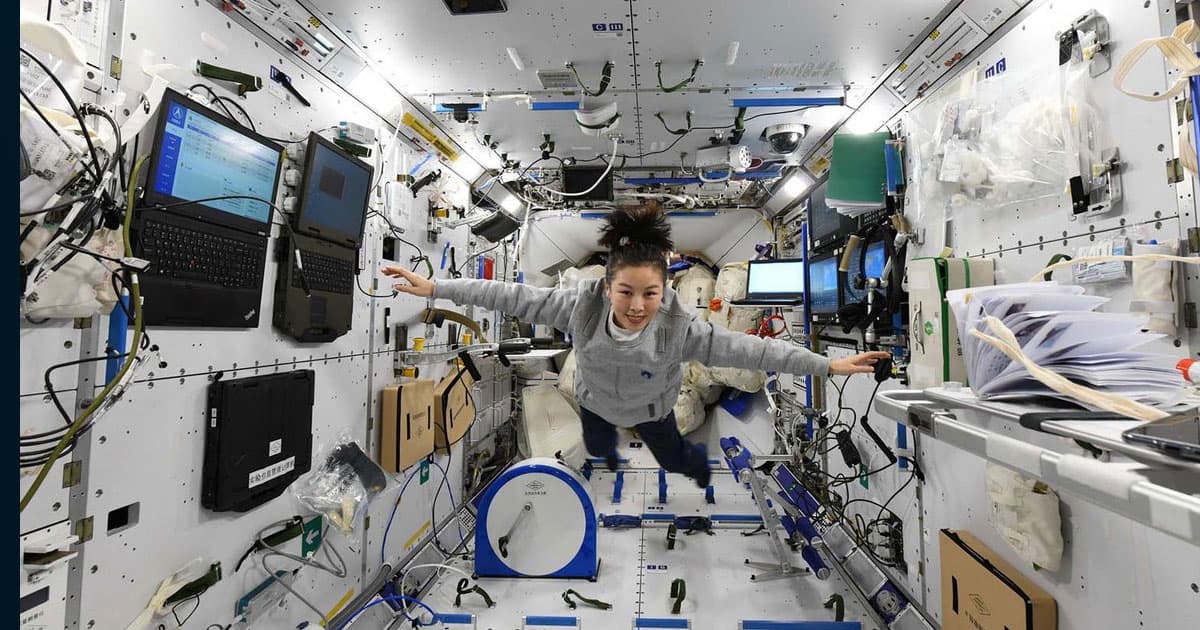 And really, why shouldn't they?

And really, why shouldn't they?

China's plans for its growing space station are sounding more and more familiar.

Zhou Jianping, the chief designer of the country's human spaceflight program (CMSA), confirmed to state-run broadcaster China Central Television this week that once the Tiangong space station is running at full capacity, the agency "will actively encourage the private sector to engage in space through various ways."

"There are many possibilities," Zhou continued. "We hope there will be competitive, cost-efficient commercial space players to participate in areas including space applications and space resource development."

Sound familiar? It should, because that's exactly what NASA has been doing for the past few years.

As SpaceNews notes, this is the first confirmation that China will open the Tiangong station to commercial players after the country's spaceflight program asked the private industry last year to come up with cheaper ways of launching cargo to its brand new orbital outpost.

The construction of the station is slated to be completed this year, with six launches scheduled to add two new science modules to the existing Tianhe module.

"Commercial involvement in space has been on everyone’s mind at home and abroad," Zhou said in his TV address. "This shows the space sector’s increasing importance to science and economic development."

As previously stated, the announcement is reminiscent of NASA's plan for the commercialization of the International Space Station.

In 2019, NASA asked a dozen spaceflight companies, including Jeff Bezos' Blue Origin and aerospace company Boeing, how they would create and be part of "a robust low-Earth orbit economy" without government funding.

In response, most of the companies unsurprisingly included pitches about space tourism and in-habitat experiences that included marketing, entertainment, scientific research, and manufacturing in space.

China, too, is interested in the scientific potential for the commercialization of Tiangong, and isn't just looking at Chinese labs, but inviting international scientists and organizations to make use of its station as well.

"CMSA has said many times that we are active in promoting openness for China’s space lab, and it’s open for domestic as well as international scientists and engineers," Zhou told China Central Television.

It's a pivotal moment, especially considering the International Space Station's days are almost certainly numbered. As China is opening its doors to the international community, the Tiangong station has a chance of becoming the de facto place in orbit for both scientific research and business.

READ MORE: Exclusive: China looks to have foreign astronauts on board its space station some day [China Central Television]

More on Tiangong: China’s New Space Station Looks Like an Apple Store Inside

Monkey Business
China Plans to Send Monkeys to Space Station to Have Sex With Each Other
Nov 3
Read More
Don't let the door hit you
Elon Musk Lobs Casual Space Station Burn at Moscow
Jul 28
Read More
Buh Bye
Russia Says It's Definitely Quitting the ISS But Doesn't Say When Exactly
Jul 26
Read More
+Social+Newsletter
TopicsAbout UsContact Us
Copyright ©, Camden Media Inc All Rights Reserved. See our User Agreement, Privacy Policy and Data Use Policy. The material on this site may not be reproduced, distributed, transmitted, cached or otherwise used, except with prior written permission of Futurism. Articles may contain affiliate links which enable us to share in the revenue of any purchases made.
Fonts by Typekit and Monotype.