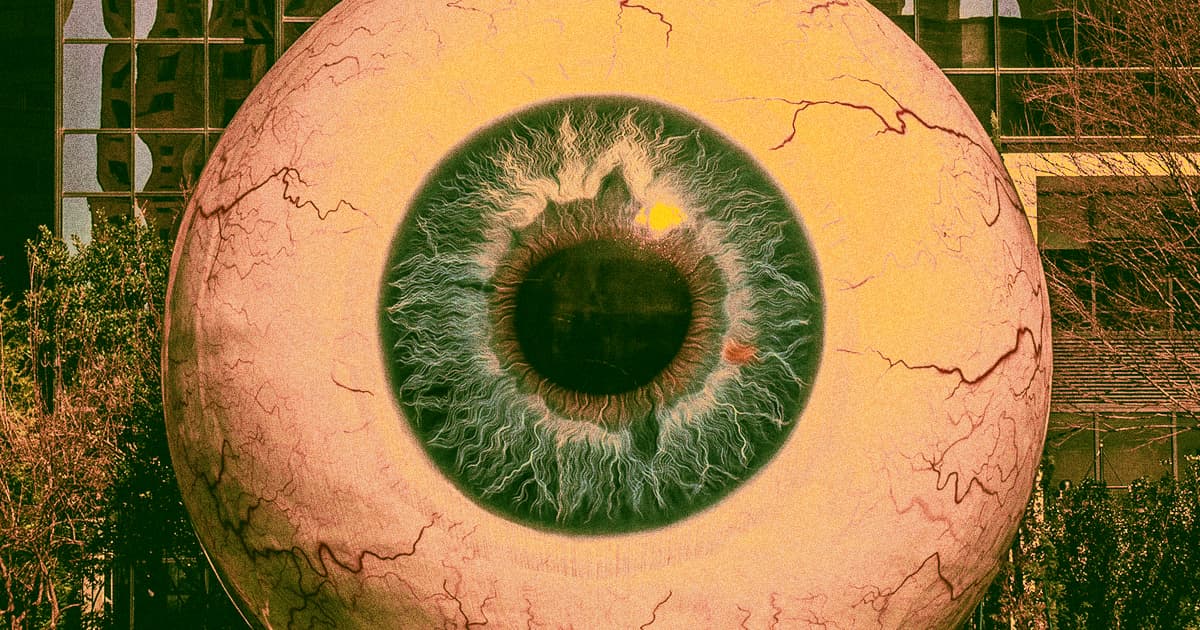 China Is Blanketing Every Public Space in Spy Cameras

The "Sharp Eyes" program will practically eliminate privacy in China.

The "Sharp Eyes" program will practically eliminate privacy in China.

China has been ramping up its surveillance panopticon over recent years, and now it appears that the project is nearing completion — the ability to surveil anyone in any public space in the country seems to be within the government's grasp.

China's five-year plan from 2015 projected that a surveillance initiative called the Sharp Eyes program would blanket 100 percent of public spaces in the country with the watchful eyes of publicly-accessible security cameras during the year 2020, OneZero reports. While it's difficult to gauge progress on this or any other Chinese surveillance program from the outside, it now seems like the project is almost complete.

China first tested the Sharp Eyes project in Pingyi County in 2013 before announcing a nationwide rollout two years later, according to OneZero. Now, it allows police — and concerned citizens — to tap into a vast network of surveillance cameras in cities and rural areas alike to spot suspicious activity.

In addition to spotting crimes, OneZero reports that Chinese citizens have tapped into the cameras and called the police to report infrastructure issues including broken manhole covers and even suspected multilevel marketing schemes. It's not clear, however, how many cameras feed into a central government system versus those that are only viewed by local police and communities.

Financial reports showed that some city governments are spending a huge portion of their budget on these surveillance programs, according to OneZero. In 2018, the city of Zhoukou spent as much on surveillance networks as it did on education — an amount that doubles what it spent on environmental protection. However, in some cases, citizens even pitched in and crowdfunded the money to install cameras in their own communities.

It's a troubling notion that everyone in China is under constant surveillance. But as OneZero notes, the program seems almost deliberately designed to instill fear and suspicion among neighbors, which paints a troubling picture of the country's future.

More on surveillance: Professor: US Surveillance State Is a Lot Like China's