Chinese Surveillance Is Literally Getting in Workers’ Heads

Workers initially thought their employers could read their minds. 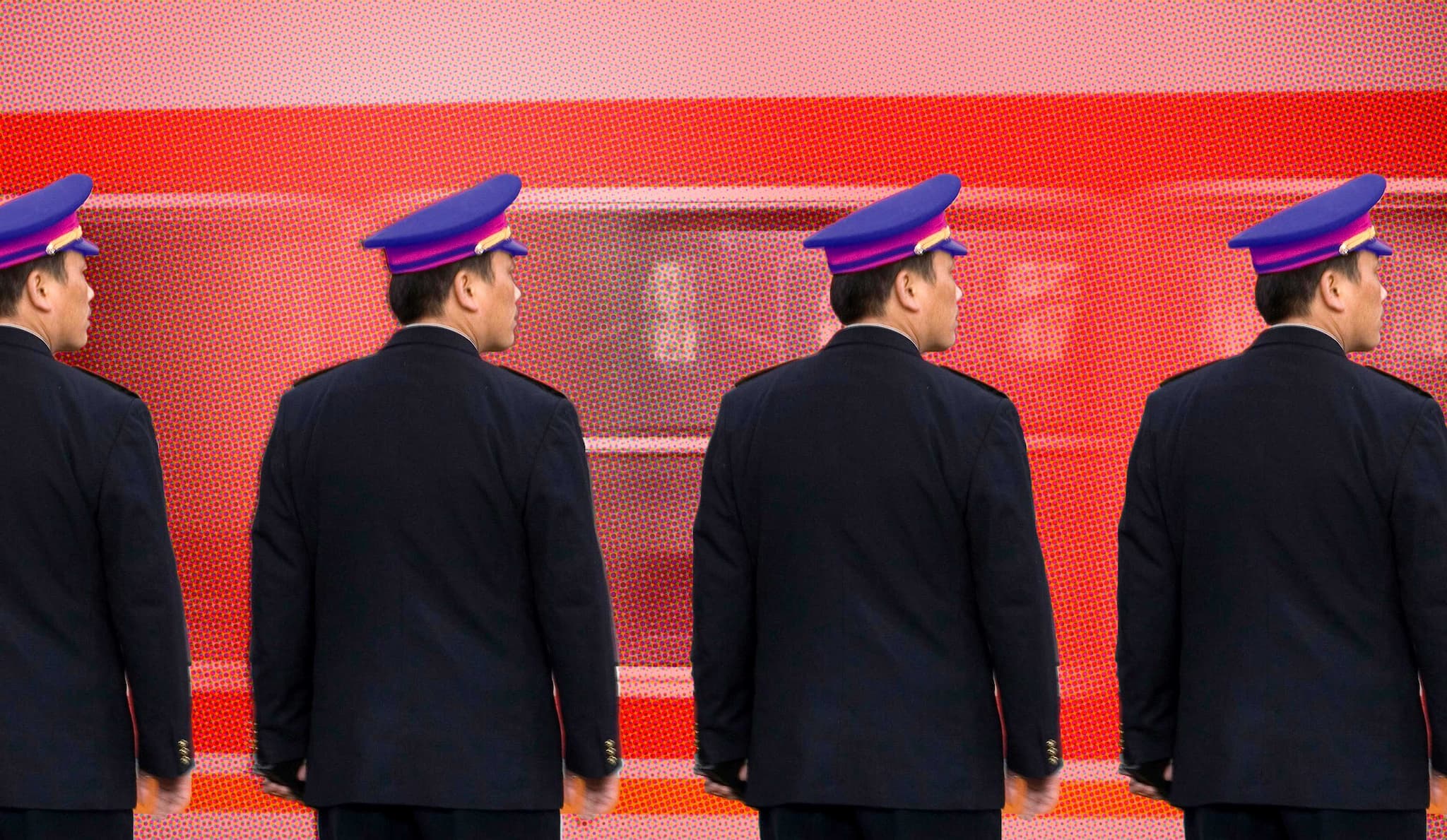 Feel like your boss is a bit of a micromanager, always looking over your shoulder? Be grateful that they’re not peering into your brain.

That’s now the case for a number of workers in China, the nation competing for the global superlative of Most Dystopian.

An “emotional surveillance” system is allowing supervisors to scrutinize employees’ brainwaves for signs of distress, according to a report from the South China Morning Post (SCMP). The technology is the result of a government-backed project.

Here’s how it works. Lightweight sensors embedded in workers’ hats or helmets wirelessly transmit the wearer’s brainwave data to a computer — it probably works a bit like an electroencephalogram (EEG), as MIT Tech Review notes. Then, artificial intelligence (AI) algorithms scan the data, looking for outliers that could indicate anxiety or rage.

Some organizations use the sensors during routine work, while others embed them in virtual reality (VR) headsets to monitor workers’ emotions during training exercises.

We don’t know exactly how many workers have been subjected to this surveillance system, but the SCMP article does say the technology is being deployed “on an unprecedented scale” in China.

At least a dozen Chinese factories and businesses are using the emotional surveillance system to monitor workers, according to the SCMP report. Manufacturing company Hangzhou Zhongheng Electric uses it to keep tabs on production line workers, while State Grid Zhejiang Electric Power monitors workers as they help the company provide power to the Zhejiang province. The nation’s military, public transportation companies, and various state-owned businesses use it, too.

The idea is that the system gives companies an opportunity to boost workers’ morale before emotional distress can cause a problem, not after.

“When the system issues a warning, the manager asks the worker to take a day off or move to a less critical post,” Jin Jia, associate professor at Ningbo University, home to one of the project’s main research centers, told the SCMP. “Some jobs require high concentration. There is no room for a mistake.”

If it’s creeping you out to think of your boss being able to read your mood changes, you should remember it’s not new or uncommon for employers to monitor workers in the interest of increasing profits. An estimated 80 percent of major U.S. companies keep tabs on workers’ email, internet, or phone usage. But looking at workers’ brainwaves is, admittedly, more invasive than making sure employees aren’t wasting company time on Reddit.

And the Chinese are, arguably, among the most surveilled people on Earth. The government equips lots of cameras with facial recognition, monitors citizens’ income and their social activity to determine their social credit score. A lower score can affect a person’s job opportunities, travel options, and much more.

Recently, Chinese citizens reiterated their stance that, yes, they do care about privacy, despite how much of it has been consistently eroded. Workers themselves are concerned about the intrusive nature of the tech, though they seem to have eventually acquiesced. Jia told the SCMP: “They thought we could read their mind. This caused some discomfort and resistance in the beginning. After a while they got used to the device.”

It’s not clear whether companies will share the data garnered from this emotional surveillance. But since the technology was created by the government, it’s not a ridiculous idea.

Read This Next
Dealbreaker
Shocker: Elon Musk’s Twitter Deal May Already Be Falling Apart
Futurism
Senator Says There’s a Secret Program Spying on Americans’ Money Transfers
Walls Up
China Is Building a Huge New Wall to Allegedly Keep COVID Out
Feds Watchin
The Head of the CIA Says It’s Been Doing Mysterious Cryptocurrency Work
Dab Hit
Here’s The Real Reason Why Fortnite Just Abandoned China
More on Future Society
Mirror, Mirror
Yesterday on the byte
Scientists Say There May Be a “Mirror World” to Our Own
Thanks Man!
Friday on futurism
After Sexual Allegations, Elon Musk Jets Off to Brazil
Notaverse
Friday on futurism
In Extremely Confusing Twist, Facebook Says It Isn’t Building a Metaverse After All
READ MORE STORIES ABOUT / Future Society
Keep up.
Subscribe to our daily newsletter to keep in touch with the subjects shaping our future.
+Social+Newsletter
TopicsAbout UsContact Us
Copyright ©, Camden Media Inc All Rights Reserved. See our User Agreement, Privacy Policy and Data Use Policy. The material on this site may not be reproduced, distributed, transmitted, cached or otherwise used, except with prior written permission of Futurism. Fonts by Typekit and Monotype.