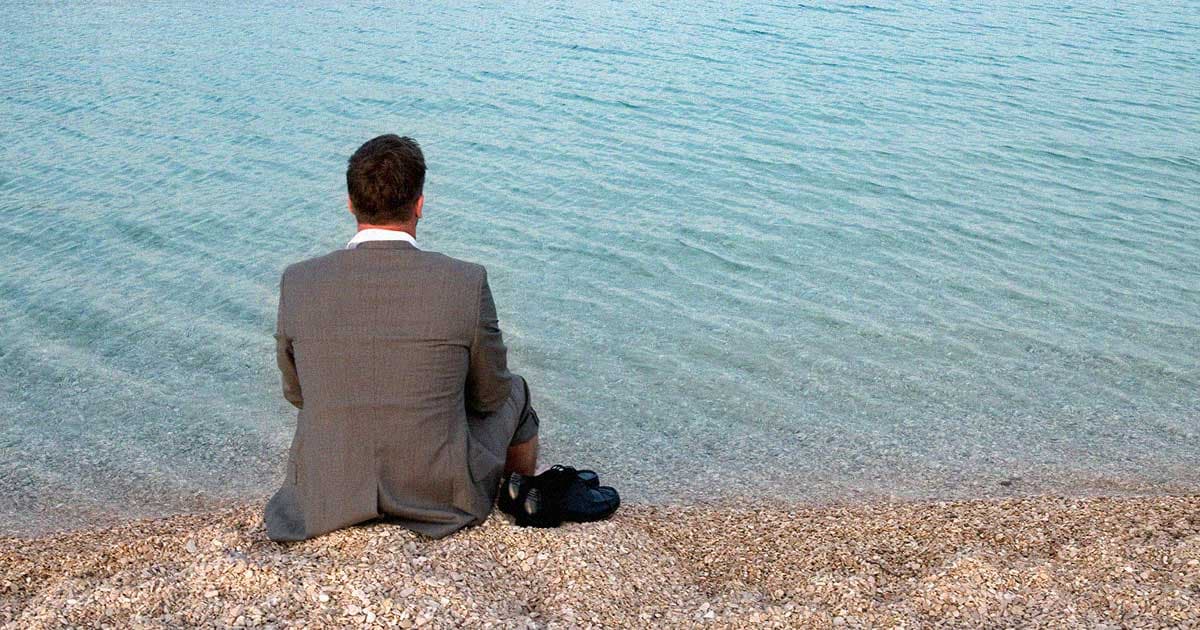 As of October 1st, 2022, please do Jupiter Fund Management CEO Andrew Formica a favor and leave him alone! He's quitting his job and logging off, thank you very much.

"I just want to go sit at the beach and do nothing," Formica told Bloomberg in an interview this week. "I'm not thinking about anything else."

As far as CEOs and investors go, Formica, at 51, is relatively young to be retiring early, especially from an asset management operation that's valued at a cool $68 billion.

Jupiter hasn't had the best few years, however. According to Bloomberg, clients have been pulling money out of the firm for a consecutive four years — with nearly $1.7 billion drained from the fund in just the first three months of 2022.

But Formica says his decision to leave has nothing to do with Jupiter's challenges. Born and raised in Australia, the exec says he's headed back to the land down under to spend time with his aging parents, among general personal reasons.

The Future of Work

A widespread reckoning with Productivity Culture has been having a moment. There are many a modern manifesto and self-help book that attempt to tackle workplace stress and burnout, and there's even an entire industry dedicated to helping us get our "self care" in. (And it makes a whole bunch of money doing so.)

Tech, investment, and finance are all known for having particularly intense work cultures. Many startup founders, including Elon Musk, and are infamous — though often revered — for intense workaholism, while extreme, allegedly productivity-boosting biohacking techniques are common.

A lot of folks also just never seem to stop. Just look at storied investor Warren Buffet, who's still hard at work at the advanced age of 91.

Formica is taking a strikingly different approach, compared to industry peers. And honestly? Good for him. We hope he enjoys the beach, the precious time spent with family, and the presumably deep pockets that help with, you know, retiring at 51.

READ MORE: Jupiter CEO Quits $68 Billion Firm to Sit at the Beach and 'Do Nothing' [Bloomberg]

More on notable figures logging off: Elon Musk is Missing

Brands We Love
This Real Estate Investment Platform Saves You Time and Money
10. 19. 21
Read More
Brands We Love
This Online Platform Is Bringing Fine Art Investing to the Masses
10. 5. 21
Read More
Brands We Love
This Innovative Art Investing Platform Lets Anyone Buy Shares of Famous Paintings
8. 9. 21
Read More
+Social+Newsletter
TopicsAbout UsContact Us
Copyright ©, Camden Media Inc All Rights Reserved. See our User Agreement, Privacy Policy and Data Use Policy. The material on this site may not be reproduced, distributed, transmitted, cached or otherwise used, except with prior written permission of Futurism. Articles may contain affiliate links which enable us to share in the revenue of any purchases made.
Fonts by Typekit and Monotype.