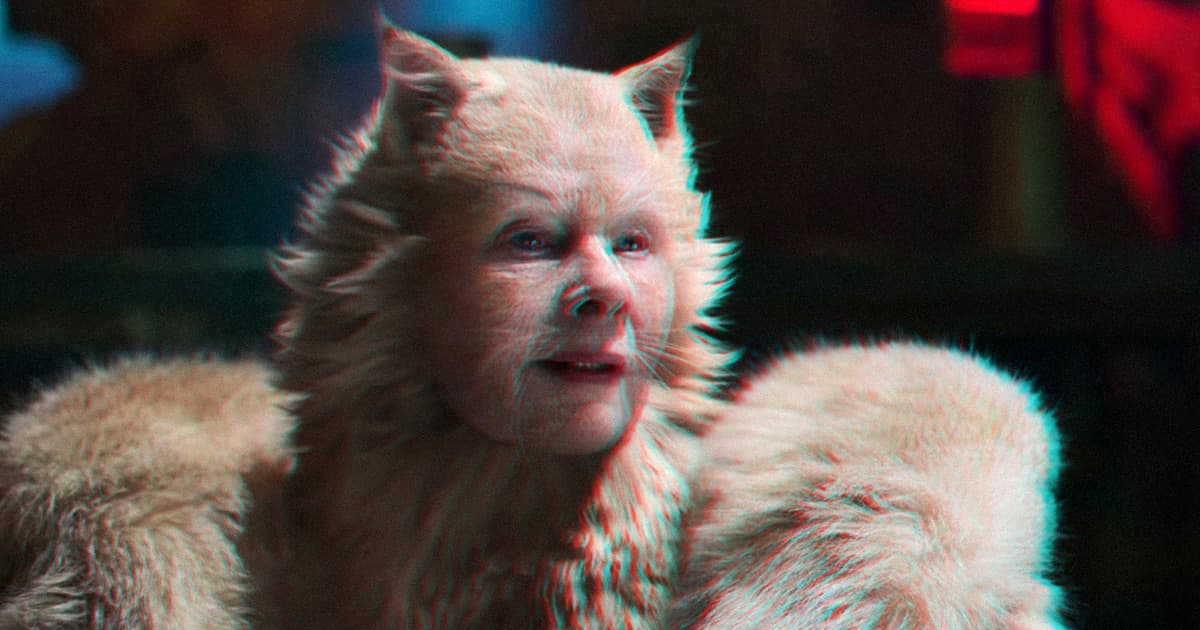 The “Cats” Movie Was So Awful They Patched It

The update is not going to make it any less awful.

The update is not going to make it any less awful.

The 2019 cinematic take on Andrew Lloyd Webber’s 1981 musical “Cats” was a catastrophe from the get-go: critics and moviegoers alike were appalled by what they saw.

And now, as the movie barely survives its opening weekend, a memo obtained by The Hollywood Reporter suggests that distributor Universal has notified thousands of theaters that they’ll be receiving an updated version of the movie with “some improved visual effects.”

It’s unheard of in the movie industry for a title that’s already being played in cinemas across the nation to get an upgrade, according to the Reporter.

Director Tom Hooper has said before that he was extremely pressed for time and had to rush production to make it in time for the world premiere last week.

The movie did reportedly show a lack of polish. Eagle-eyed audience members spotted human hands on starring actress Judi Dench instead of furry cat paws — wedding rings and all.

It’s unlikely that the CGI update will make the movie much more digestible to audiences: it stands currently at 18 percent on review aggregator Rotten Tomatoes. And it’s not looking good financially either. “Cats” raked in only $6.5 million in the U.S. over its opening weekend, according to Screen Rant, making only a tiny dent in its $95 million budget.

More on “Cats:” “Digital Fur Technology” Will Turn Taylor Swift Into a Cat

Meow
Can Cats Infect You With a Psychosis-Inducing Brain Parasite? The Answer Is Complicated
May 2
Read More
FROM THE DEPT. OF THINGS TO BUY
Best Pet Cameras of 2022
Apr 20
Read More
From Our Partners
Help Your Pets Thrive With This Pre-Black Friday Deal On 5Strands
11. 21. 21
Read More
+Social+Newsletter
TopicsAbout UsContact Us
Copyright ©, Camden Media Inc All Rights Reserved. See our User Agreement, Privacy Policy and Data Use Policy. The material on this site may not be reproduced, distributed, transmitted, cached or otherwise used, except with prior written permission of Futurism. Fonts by Typekit and Monotype.