Can Cats Infect You With a Psychosis-Inducing Brain Parasite? The Answer Is Complicated

"Cat ownership in childhood may be a risk factor for psychotic experiences in adulthood." 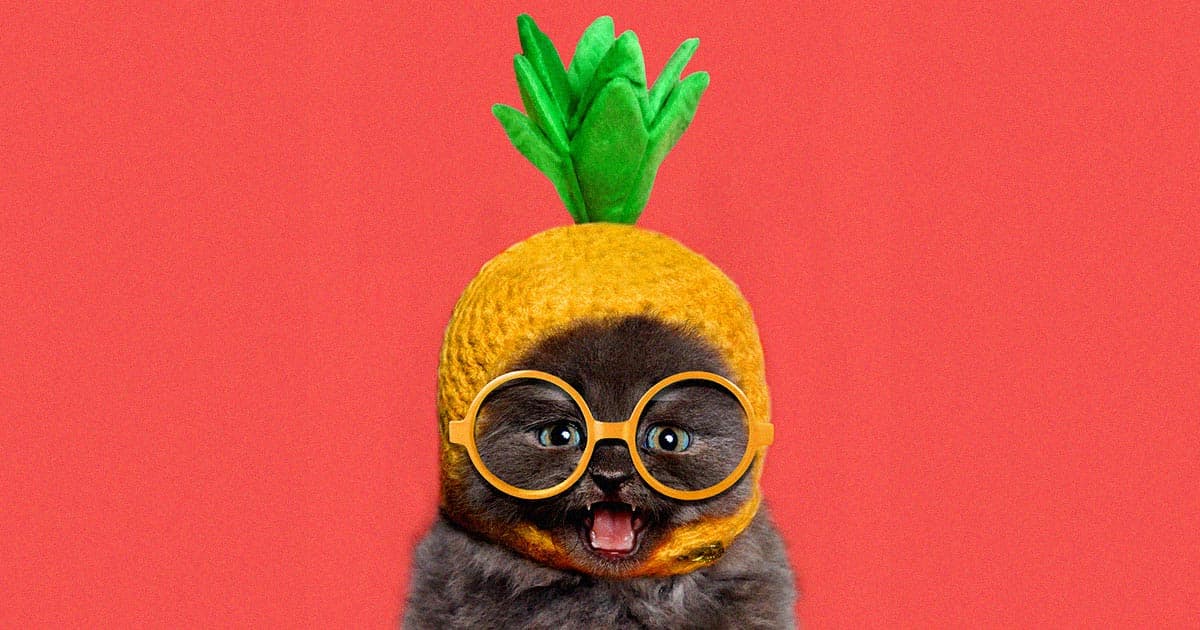 If you're online, you've probably heard jokes about Toxoplasma gondii, a parasite that humans can catch from cat feces.

That's because there's some evidence — though it's controversial — that the parasite can cause psychological issues in humans, or even spur them to love cats more. Regardless, though, it makes a great metaphor. For many, toxoplasmosis has become shorthand for the madness of being a cat lover — the way we speak to and treat our feline friends like they're equal parts boss, baby, and god.

Now the plot thickens. According to a new study conducted by researchers at McGill University in Montreal, there may be some weight to the often-misunderstood theories surrounding toxoplasmosis and neurological health, particularly as it relates to being around infected cats during childhood.

Futurism spoke to Vincent Paquin, a resident at McGill's psychiatry department who, along with his mentor psychologist and lecturer Dr. Suzanne King, recently published a paper in the Journal of Psychiatric Research which found a correlation between owning a cat in childhood and developing psychosis later in life.

The conversation has been edited for length and clarity.

Futurism: What’s the "headline" of this research?

Vincent Paquin: The easy answer is what the headline should not be. It should not be that cat exposure causes psychosis, right? Because that's something that our study cannot demonstrate.

F: How did you come to this kind of research?

VP: When I started my residency at McGill, I was looking for a new research mentor. And I started working with Suzanne King, who is a psychologist by training and a professor and researcher at McGill. She has been working mainly on prenatal stress as a risk factor for psychosis. But some time ago, she did this study where she recruited 2000 people in downtown Montreal, and she asked them about many environmental exposures, including cat ownership, but also head injuries, smoking and so on.

This study was part of a larger effort to look at genetic and environmental factors in psychosis and their interactions. So both nature and nurture. And in this survey, there was this one question about cat ownership and whether the cat hunted rodents, and this was based on the literature on the lifecycle of Toxoplasma gondii parasite. So when I started working with Suzanne, and she told me there is this data that we haven't really published or fully analyzed, I agreed to tackle it.

F: What do people get wrong about your study?

VP: I think people quickly jump from the association that we found, which is purely a statistical association between two questions that we asked in the survey, right? So people quickly jump from this association to suggesting that it's evidence of causation. In other words, that having a cat in childhood is causing psychosis or jumping to conclusion that this is what we are suggesting, and then criticizing the article. Because that's not what we are wanting to communicate. We are actually wanting to be quite careful in our conclusion.

On one hand, we think it's a hypothesis that is worth investigating further. And it's a difficult question to investigate. Because we're not going to do a randomized control trial where we purposefully expose a number of people to find out what the effects are going to be and then compare them to other people. We can't do that. So we have to rely on other kinds of research methods, which come with other strengths and weaknesses. And our own study had significant limitations.

But it's adding a new piece of evidence that we didn't have before, which is that the relationship between cat ownership and psychosis seems to be particularly strong when the cat was known to have rodents and was thus more likely to carry and transmit the parasite. So it does go towards supporting that Toxoplasma gondii hypothesis. So I think this is really what the study is about, is raising this hypothesis and encouraging further research in that area. It's not meant to discourage people from owning cats. There are many benefits to having a domestic animal that you love and care about that were not measured in our study.

F: What do you think about some of the stranger theories surrounding toxoplasmosis, like that it’s correlated with an interest in sadomasochistic sex?

It's the same for tobacco smoking. In the beginning, we were not aware of the health ramifications of that, and with time we gathered evidence and it became clear that it was truly a public health issue that had a direct effect on the health of many people. Honestly, it's the same for Toxoplasma gondii. But I do think that we probably don't fully understand what it does to human health. It can be separated from cat ownership — the solution might not necessarily be to get rid of cats.

Hopefully, it's more about controlling the transmission of the parasite itself. And there are some studies that have found odd, or, you know, unexpected relationships. I think ours might fall under this umbrella. But there's also a body of literature which found that individuals who have antibodies for the parasite, which is a sign of previous exposure, had a higher risk of car accidents, which is odd. And then we don't know there's a possibility of the association being due to other factors that were not measured in the research. But the association from a statistical standpoint is strong.

So I think, again, we have to be careful and not make definitive conclusions out of this kind of research, but it still leaves the question open. Are these impacts real? And so far, we haven't been able to either confirm or refute these questions. And I think we have to be careful not to fall into questions that are purely meant to be provocative or to draw attention. But things like psychosis, or car accidents or cognitive functioning are real outcomes that have implications on people's health and quality of life. And so in that sense, I think these research questions deserve to be pursued.

F: Are there other sources for the parasite beyond cat ownership?

VP: The main sources of the parasite for humans are raw meat and cat feces... as well as mother-to-child transmission.

F: What direction would you like to see this research go?

VP: I think the first study that linked cat ownership to psychosis was published in 1995. But in the meantime, there haven't been that many studies that have been conducted on this particular question.

Then the next step, and it has already been done to some extent, is to use antibody measures to confirm exposure to the virus — which is something we did not do in our study, it's one of the limitations — to use biological measures to confirm exposure to the parasite. Ideally, we would collect these measures on many occasions over the lifespan, because so far studies that included these measures had only one measure, for example, in adulthood, that only said that at some point in their lives, people were exposed to the parasites.

But as far as psychosis, the hypothesis is that it's exposure in childhood specifically that increases the risk of psychosis. So in order to better examine this hypothesis, we will need to have repeated measures of antibodies and compare whether converting. So being exposed for the first time in childhood, compared with before birth, so when in the mother's womb or in adulthood, confers a higher risk of psychosis. So that would be another direction to take in the future.