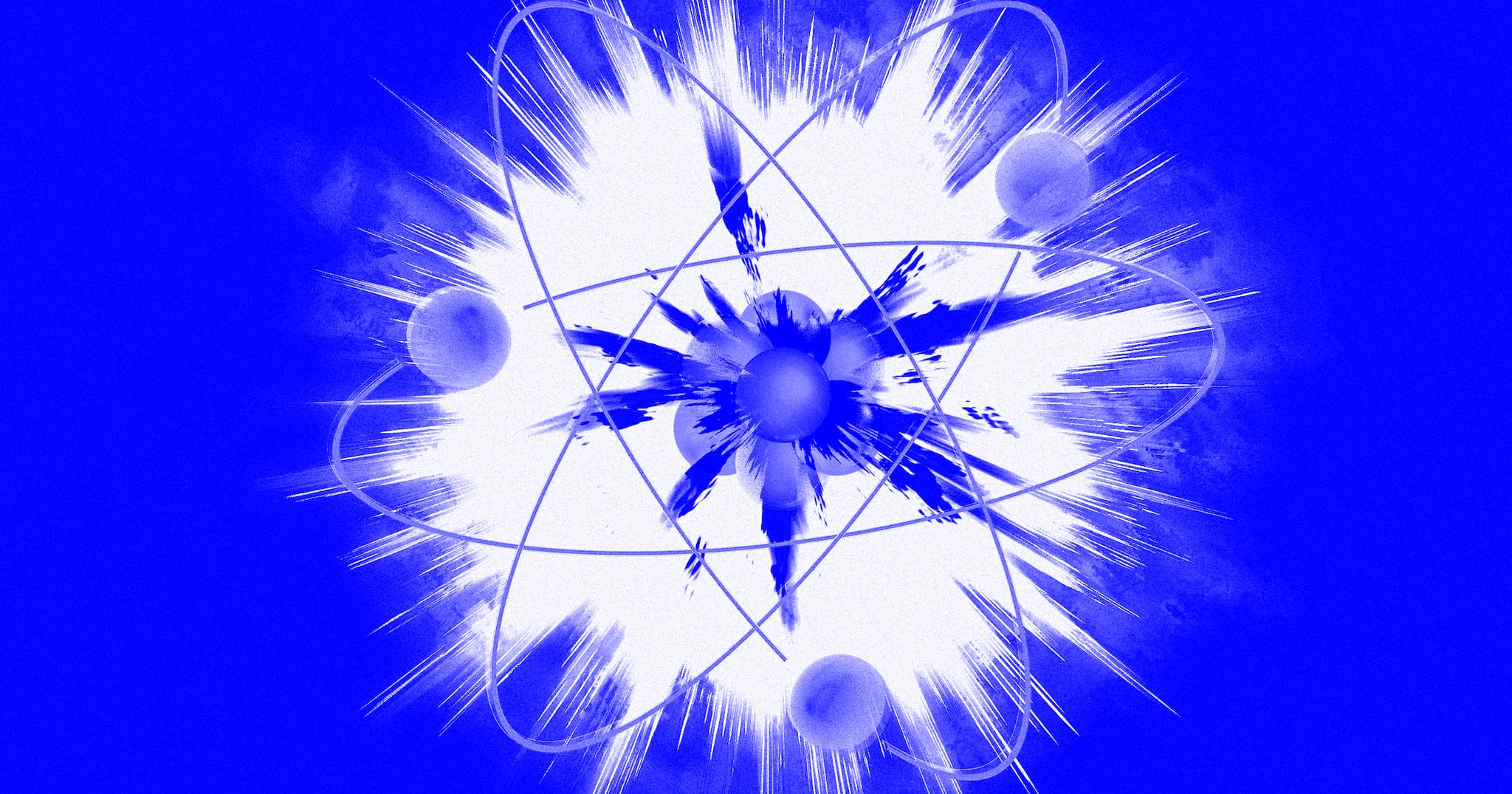 The space race of black-and-white footage and overly-shiny satellites is over. Now there are different players involved—and they’re aiming to do more than touch the Moon. As of 2017, rockets have become reusable, and as of 2018, the most powerful rocket in history launched a car into space that’s cruising through the edge of earth’s orbit. And these accomplishments are made to pave the way for larger goals, like setting up manufacturing industries in space and placing humans on Mars.

Those are big dreams for humanity, but a new short film takes us to a phase of space exploration we haven’t even put on the drafting table yet: Faster-than-light travel. Hyperlite (2018), a sci-fi short film directed by Nguyen-Ahn Nguyen and written by Nicolas Billon, imagines the scenarios we might find ourselves in if we can send astronauts to galaxies faster than ever before.

“I've always loved space movies, so one day, I was having a drink with my DP Simran Dewan talking about the advent of Fusion technology and how that could open the way to Faster-Than-Light space travel. Then our geeky selves took over and we elaborated a story where FTL tech would change everything and affect the universe as soon as the technology was invented. The story of Hyperlight came about that way, and my writer, Nicolas Billon, came on board to really flesh out the human dilemma that would carry the film,” says Nguyen.

In Hyperlight, its 2085, and astronauts can now travel faster than light thanks to the development of the world’s first fusion reactor. Naturally, the unprecedented speed means traveling into reaches of space no one has gone before. Emiliana Newton, played by Jeananne Goossen, and Phillip Maeda, played by Peter Shinkoda, are two astronauts tasked with a seemingly limitless mission to reach a distress signal coming from a distant planet. But something goes wrong—their cryopods are ejected prematurely, rousing Emiliana many years before she was destined to awake.

That’s where the film begins: With Emiliana, hurtling through the terrifying but captivating expanse of an unknown galaxy, retrieving Phillip’s cryopod and getting them both back aboard their ship. Assuming the pair have reached safety, Emiliana strives to learn why their pods were ejected in the first place. That’s when, the larger drama unfolds.

Hyperlight, a low budget 18-minute short produced by Second Tomorrow Studios in Canada, is a sleek sci-fi film that builds a captivating drama—and a unique love story—into a scenario faster-than-light travel might one day create. According to Nguyen:

“The film was conceived as a piece that would take the viewer in multiple directions as we moved through the story. I wanted to start with a space action sequence to hook the viewer in, then go into a slow burn horror that would morph into a dramatic character piece. It was challenging to do it within the length of a short film while still maintaining a coherent storyline, but I'm happy with the end result.”

Futurism is proud to partner with its creators and stream it on all of our platforms, such as Facebook, Youtube, Xumo, STIRR and Roku.

Read This Next
From Our Partners
This NASA Apollo 15 Commemorative Watch Is Historic In Its Own Right
From Our Partners
LifeShip Puts The DNA Of Somebody You Love On The Moon
Light Levitation
Researchers Found a Way to Levitate Objects Using Only Light
Futurism
Reaching the Stars: Is Human Hibernation Really Possible?
Futurism
"Space Train" Concept Could Get Humans to Mars in Two Days, If Only It Would Work
More on Sci-Fi Visions
What is Happening
Feb 1 on the byte
Elon Musk Sets His Twitter Account to Private
From the Dept. of...
Jan 30 on futurism
The Best Humidifiers of 2023
Human v. Giraffe
Jan 24 on the byte
Chaotic Italian Fashion Line Baffles Facial Recognition Software
READ MORE STORIES ABOUT / Sci-Fi Visions
Keep up.
Subscribe to our daily newsletter to keep in touch with the subjects shaping our future.
+Social+Newsletter
TopicsAbout UsContact Us
Copyright ©, Camden Media Inc All Rights Reserved. See our User Agreement, Privacy Policy and Data Use Policy. The material on this site may not be reproduced, distributed, transmitted, cached or otherwise used, except with prior written permission of Futurism. Articles may contain affiliate links which enable us to share in the revenue of any purchases made.
Fonts by Typekit and Monotype.