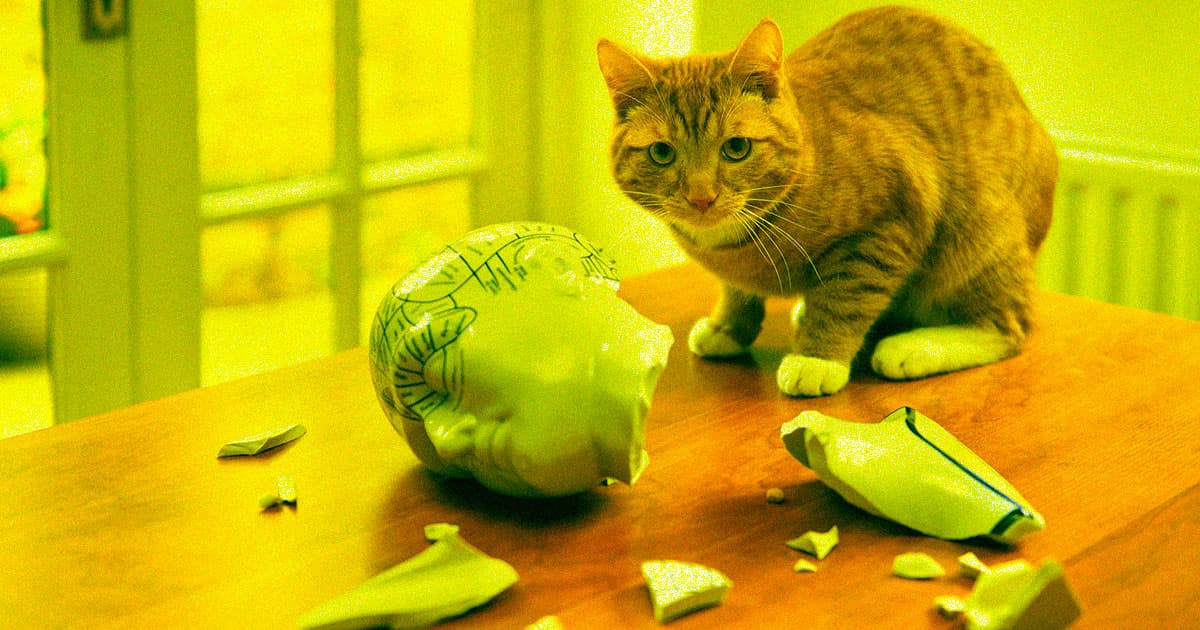 Scientists Discover That Cats Simply Do Not Give a Crap

Yes, your cat knows you're talking to it — it just doesn't care.

Yes, your cat knows you're talking to it — it just doesn't care.

Every cat person has suspected that their cats are ignoring them — and now, new research seems to support that hunch.

As a new study published in the journal Animal Cognition details, feline researchers have demonstrated that cats do appear to know when their owners are talking to them, but that sometimes, they choose to ignore it.

To the shock of no one who's ever tried repeatedly to get their cat's attention, the felines seemed to be able to differentiate between the tone of voice used when their humans were speaking to them versus that which humans use to speak to each other. In other words, cats seem to know who's talking to them and if they're being spoken to — even if they act like they don't.

The most interesting — and funniest — finding in the study, which was conducted by researchers at the Paris Nanterre University, was that some of the cats only indicated that they'd heard their person speaking to them in the baby-talk register by twitching their ears and otherwise seeming completely disinterested in the recordings.

In other instances, some of the cats would look towards the sound of their owner's kitten-babble and meow, pause its activities, or otherwise respond.

"Our results highlight the importance of one-to-one relationships for indoor companion cats," the researchers wrote in the paper, "who do not seem to generalize the communication developed with one human to all human interlocutors."

Translation: cats seem to know when their own people are talking to them — but that doesn't mean they care.

More on cats: Can Cats Infect You With a Psychosis-Inducing Brain Parasite? The Answer Is Complicated

Meet Garlic
Chinese Firm Wants to Give Cloned Pets the Original's "Memories"
8. 23. 19
Read More
Brands We Love
Show Your Four-Legged Friends You Care With These High-Tech Pet Gifts
12. 11. 18
Read More
How To Understand What Your Cat is Saying to You
5. 4. 15
Read More
+Social+Newsletter
TopicsAbout UsContact Us
Copyright ©, Camden Media Inc All Rights Reserved. See our User Agreement, Privacy Policy and Data Use Policy. The material on this site may not be reproduced, distributed, transmitted, cached or otherwise used, except with prior written permission of Futurism. Articles may contain affiliate links which enable us to share in the revenue of any purchases made.
Fonts by Typekit and Monotype.