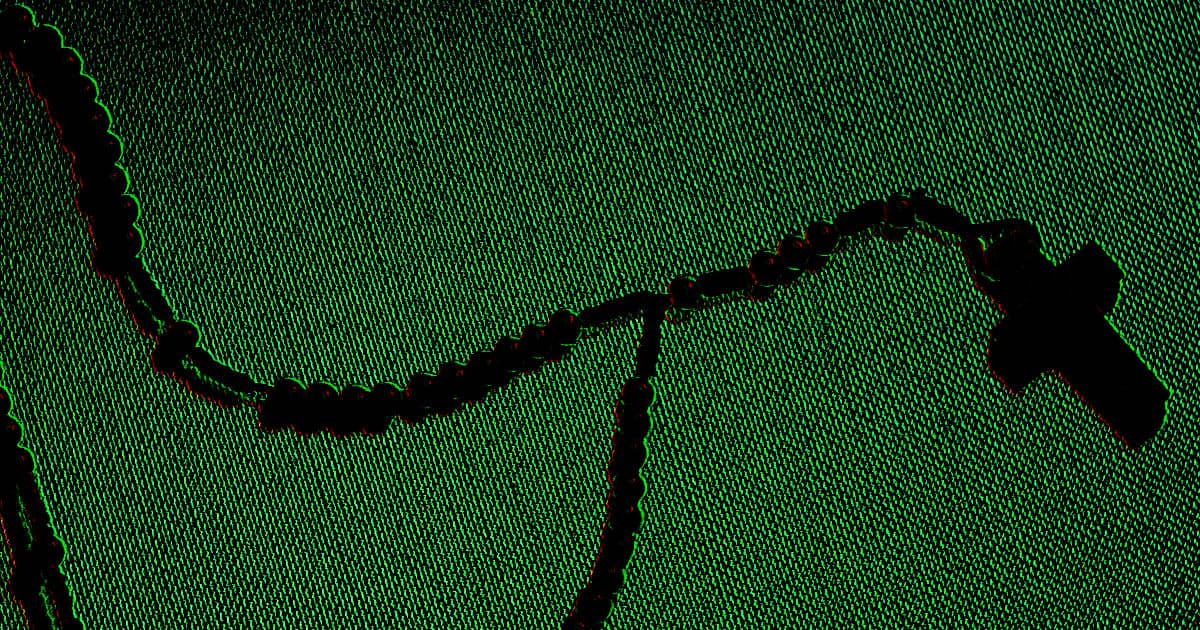 It comes in a box decorated to look like a Bible.

It comes in a box decorated to look like a Bible.

The Catholic Church has a new idea to promote religion in the age of smartphones: a $109 electronic rosary bracelet that guides users through traditional prayers.

"Aimed at the peripheral frontiers of the digital world where the young people dwell, the Click To Pray eRosary serves as a technology-based teaching tool to help young people pray the Rosary for peace and to contemplate the Gospel," reads a press release that almost sounds like a joke but probably isn't. "The project brings together the best of the Church’s spiritual tradition and the latest advances of the technological world."

Users activate the gadget, which comes in a box shaped like the Bible, by making the sign of the cross. The device connects via Bluetooth to a free app that collects Fitbit-style analytics on how often believers have been praying.

A Vatican group called the Pope’s Worldwide Prayer Network created the eRosary, but it's not clear whether the gimmicky gadget enjoys support among the highest levels of the Catholic Church — at press time, the Twitter-happy Pope Francis had yet to post about the project.

Bow to Your New God
Neuralink Co-Founder Has an Idea for a New Religion
3. 24. 21
Read More
Fashion Sensor
We Shouldn't Need a Smart Dress to Show How Often People are Harassed in Public
11. 30. 18
Read More
There's Now A Religion Based On the Blockchain. Yes, Really.
6. 2. 18
Read More
+Social+Newsletter
TopicsAbout UsContact Us
Copyright ©, Camden Media Inc All Rights Reserved. See our User Agreement, Privacy Policy and Data Use Policy. The material on this site may not be reproduced, distributed, transmitted, cached or otherwise used, except with prior written permission of Futurism. Articles may contain affiliate links which enable us to share in the revenue of any purchases made.
Fonts by Typekit and Monotype.