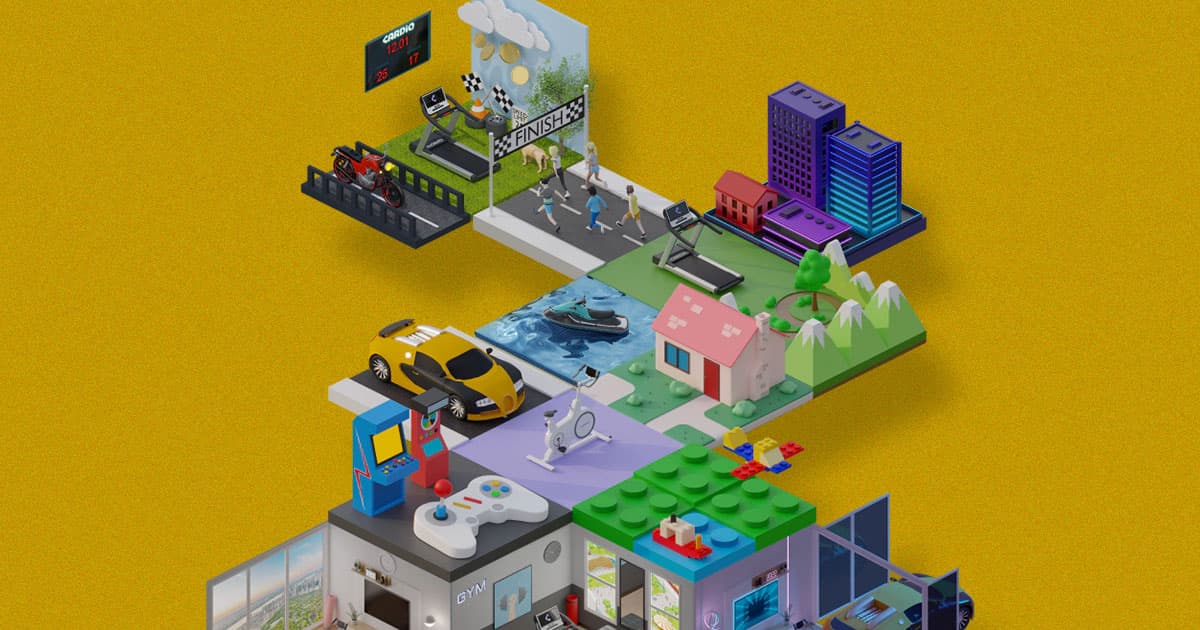 New Cryptocurrency Makes You Exercise to Mine Coins

Isn't that literally an episode of "Black Mirror"?

Isn't that literally an episode of "Black Mirror"?

Wellness culture has really gone too far this time.

A South Korea-based company with the on-the-nose name Cardio Healthcare Company is not only launching a metaverse that you access atop a bespoke stationary bike, but it's also created an in-world cryptocurrency that you have to, per a press release, "move to earn."

The concept behind the "Metabike," as Cardio Healthcare calls its glorified VR spin class, sounds a bit like that one episode of "Black Mirror." Users play games in the "Cardio HUB" on their TVs or tablets, while using the company's fitness bike — and as a reward, they accrue Cardiocoins, a cryptocurrency the company launched yesterday.

Get paid to exercise: "Cardiocoin combines Move-to-Earn with Play-to-Earn through its proprietary technology sensors & software which tracks only real fitness"

second time I've heard of "move-to-earn" as a mechanic to earn cryptohttps://t.co/XmhWjcnpfK

As ridiculous as the concept of paying for a fancy stationary bike so that you can earn crypto sounds — according to project literature, it's even "cheat-proof" — Cardiocoin has apparently garnered a ton of interest and has been listed as one of the fastest growing new coins since it  debuted on April 19.

According to the press release about the Metabike and Cardiocoin, the beta testing of the project at gyms in South Korea "has verified 43,744 Km of exercise distance through 25,712 workouts over 7,449 hours of exercise, and users have received rewards worth around $10,000."

We'll be interested to see where it goes, nevermind whether people figure out how to game the system. Maybe, though, exercise should be its own reward.