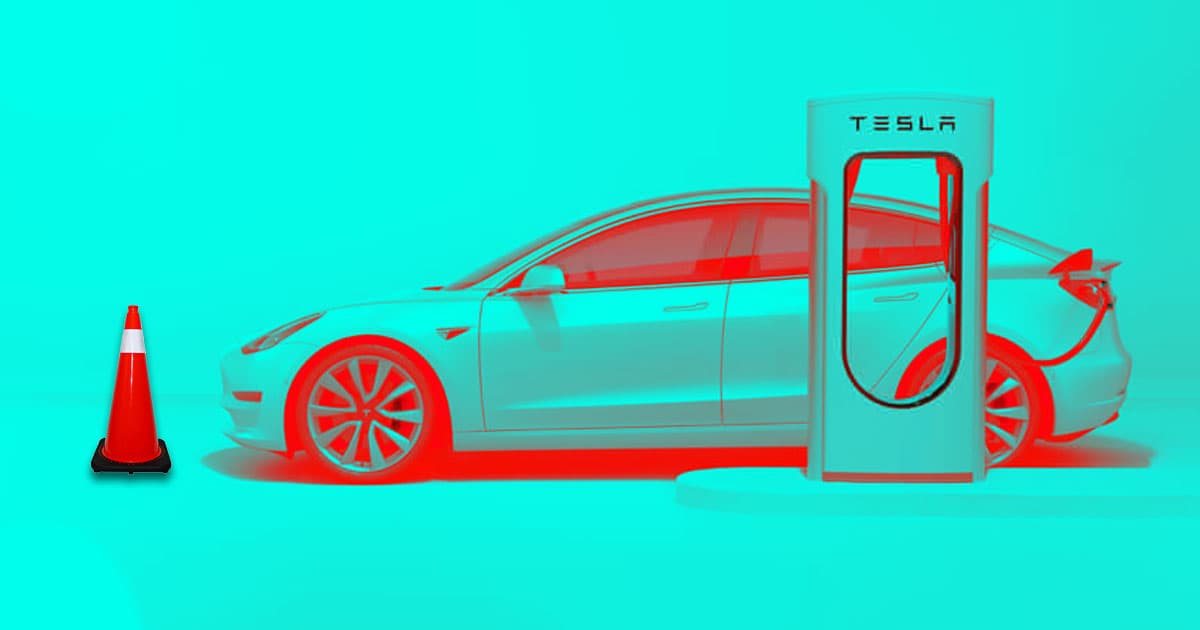 It seems drivers of EVs and non-EVs can get along just fine.

It seems drivers of EVs and non-EVs can get along just fine.

On September 22, members of a car group blocked every Tesla Supercharger in Yorktown Heights, New York, with their gas-powered vehicles — a move known as ICEing — forcing Tesla owners to drive another 14 miles to charge their electric vehicles.

The organizers of the group, known as Cars & Coffee Yorktown, NY, have since gone out of their way to make sure members don't repeat the irritating behavior — a welcome reminder that EV and non-EV drivers can get along just fine if everybody just chills out.

The incident in Yorktown is far from the first time drivers have ICEd Tesla charging stations.

In some instances, ICEing is merely a matter of grabbing a too-convenient parking spot in front of a charging station. In other cases, though, it's a form of protest against EVs, typically in the form of mass ICEings involving many vehicles.

To ensure its members wouldn't ICE the Tesla Supercharger spots again, the Cars & Coffee organizers put orange parking cones with "Tesla Only" written on them in front of the stations prior to its meetup this past Sunday.

One Tesla owner, Benswing Rich, even joined the meetup after learning about the group through coverage of the ICEd Tesla Superchargers — and it sounds like he had a good time.

"I met the organizer and he is a good guy," he wrote on a Tesla Facebook group, according to Teslarati. "He loves cars including Teslas."