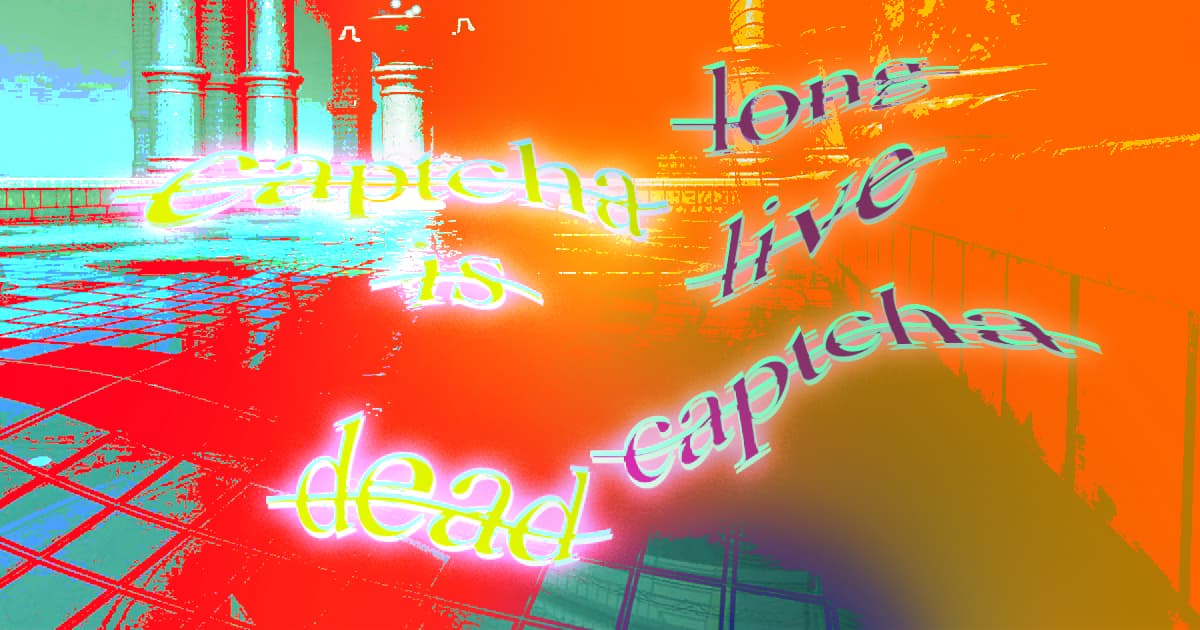 CAPTCHAs Are Dead, And Neural Networks Killed Them

The days of the CAPTCHA — those online forms that force you to enter wavy letters to prove that you’re not a bot — are numbered.

A group of researchers at Northwest University and Peking University in China, and Lancaster University in the U.K., have found a way to harness the power of neural networks to crack text-based CAPTCHAs, as security blog Naked Security reports. And all it took was a desktop computer with an off-the-shelf video card.

Mama Puts My GANs In The Ground

CAPTCHAs have been sorting humans from bots for many years now. There are a couple different kinds out there: the outdated text-based CAPTCHA where users have to decrypt distorted letters, and more recent image-based ones where users have to identify items like lamp posts and highway signs in a series of images. The aim of all of them: to stop bots and spammers from snooping around where they’re not supposed to.

The researchers tackled the task of beating text-based CAPTCHAs by using a generative adversarial network, more often known as a GAN, which learns from examples. The GAN only had to scan 500 real-world CAPTCHAs to get to a point where it could solve a CAPTCHA in just 0.05 seconds. If you’re keeping count, that’s 20 CAPTCHAs per second.

The neural network had the easiest time cracking the text CAPTCHAs of sites like Wikipedia, and Microsoft. Predictably, Google’s text CAPTCHAs were much harder to beat.

Luckily, there are far more sophisticated CAPTCHA methods floating around these days to stop bots and spammers in their tracks. Google recently released reCAPTCHA v3. It’ll take some time until those are cracked, too.

At least that’s the hope.

Mini-Brain in the Cell Membrane
This Startup’s Computer Chips Are Powered by Human Neurons
4. 1. 20
Read More
War Machine
Russia Is Planning A “Ground Force” of Armed Military Robots
3. 21. 19
Read More
Killer Robots
Scientists Call for a Ban on AI-Controlled Killer Robots
2. 16. 19
Read More
+Social+Newsletter
TopicsAbout UsContact Us
Copyright ©, Camden Media Inc All Rights Reserved. See our User Agreement, Privacy Policy and Data Use Policy. The material on this site may not be reproduced, distributed, transmitted, cached or otherwise used, except with prior written permission of Futurism. Fonts by Typekit and Monotype.