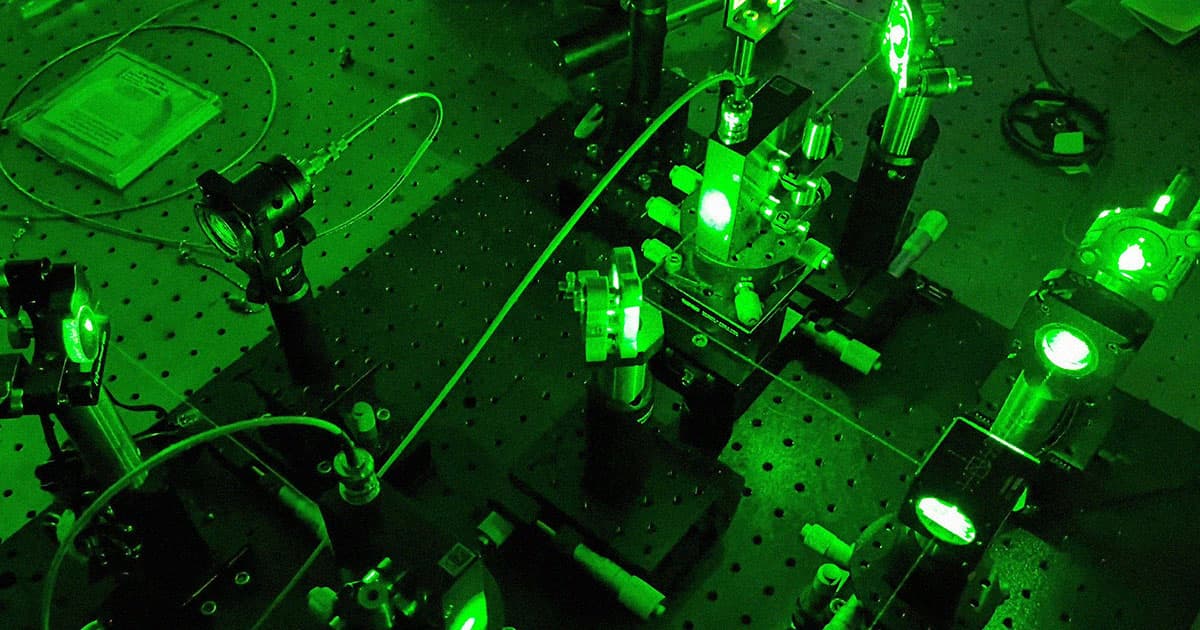 Scientists Invent Camera That Can See Through Almost Anything

Engineers say it can even see through a human skull.

Engineers say it can even see through a human skull.

Engineers at Northwestern University have created a powerful camera that can see through solid and opaque objects such as fog, corners, and even human flesh and bone — a device seemingly ripped from sci-fi.

The camera relies on a light capture system called "synthetic wavelength holography," according to a press release from Northwestern Engineering. It works by scattering laser light onto hidden objects, then bouncing it back to the camera, where an AI reconstructs the signals to show the hidden object.

A paper of the researchers’ findings has been published in Nature. Since the holography method allows the scientists to see fast-moving objects such as cars driving around corners, or even a heart beating through a person’s chest, it could be used in early-warning navigation systems for automobiles or for non-invasive medical imaging.

"Our technology will usher in a new wave of imaging capabilities," Florian Willomitzer, assistant professor at the McCormick School of Engineering and lead author of the study, said in the release. He added that the camera method "could be applied to radio waves for space exploration or underwater acoustic imaging."

The technology is still in its prototype stage. However, early results show promise — and might help prevent car accidents in the future as self-driving vehicles become more and more prominent.

"It can be applied to many areas," Willomitzer said, "and we have only scratched the surface."