"We thought it would look cool, which I think it does." 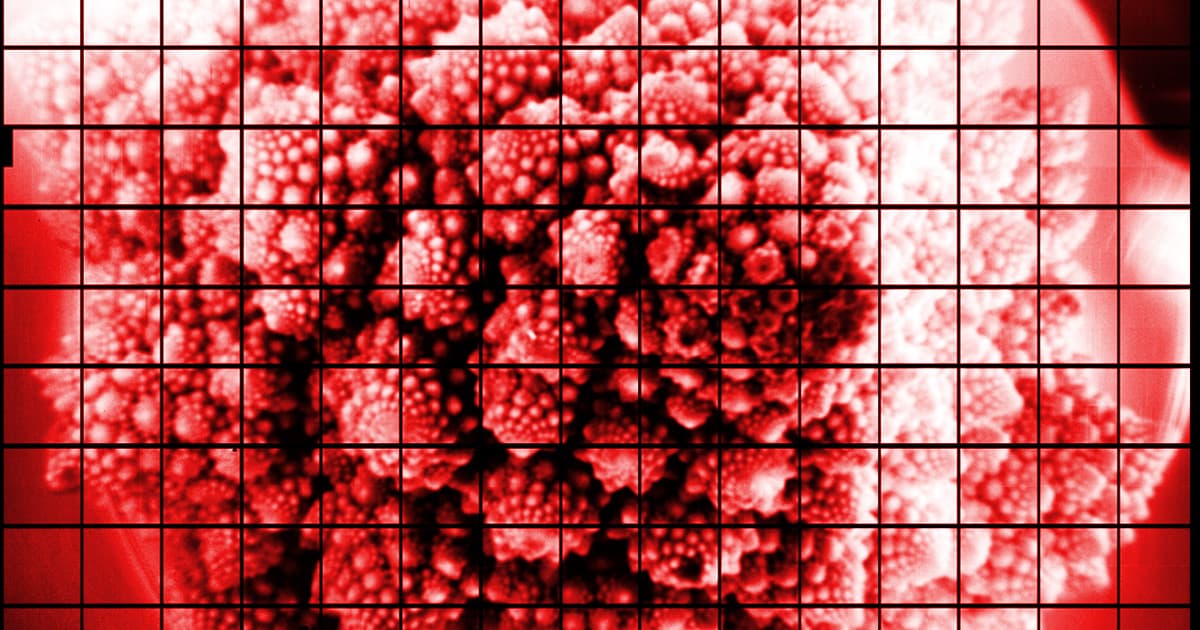 Scientists at the Department of Energy’s SLAC National Accelerator Laboratory are hard at work building the world's largest camera, destined for the Vera C. Rubin Observatory telescope in northern Chile.

"The whole camera is about 13 feet from the front lens to the back where we have all our support equipment, and the 5 feet in diameter — so, massive," Aaron Roodman, the scientist in charge of assembling and testing the camera, told NPR.

The enormous camera has 189 detectors, which together are able to take 3.2 billion pixel or 3,200 megapixel images. To view just one of them at full resolution, you'd need 378 4K TVs according to an official statement. With that kind of cosmic resolution, you'd be able to see a golf ball from about 15 miles away.

And to test it, they decided to stick a Romanesco broccoli inside a dark enclosed box, essentially "a metal box with a tiny pinhole at the top of it, and lights inside the box," as Roodman explained to NPR. "So kind of the opposite of a pinhole camera."

Why broccoli? According to Roodman, it was "mostly for fun," and that "we thought it would look cool, which I think it does."

SLAC's Steven Kahn, the director of the Rubin Observatory, described the significance of the successful test in a bit more formal way. "This achievement is among the most significant of the entire Rubin Observatory Project," he said in the statement.

"The completion of the LSST Camera focal plane and its successful tests is a huge victory by the camera team that will enable Rubin Observatory to deliver next-generation astronomical science," he added.

Scientists are hoping to install the unwieldy camera to the Rubin Observatory telescope by the fall of 2022, but it will be ready for testing by mid 2021.

Rather than being used to take pictures of broccoli, the camera will be used to take wide field astronomical surveys of almost the entire night sky every few nights, in six different broad optical bands.

Read This Next
Futurism
A New Lensless Camera Transforms How Scientists See the Cosmos
Futurism
This Camera Takes Photos Through Windows Without the Reflection
Futurism
Build Your Own Camera: Modular System Lets You Transform Your Camera in a Snap
More on Robots & Machines
FROM THE DEPT. OF...
Yesterday on futurism
Best Floor-Standing Speakers of 2022
FROM THE DEPT. OF...
Yesterday on futurism
Best Phone Sanitizers of 2022
FROM THE DEPT. OF...
Yesterday on futurism
Best DJ Controllers for Beginners in 2022
READ MORE STORIES ABOUT / Robots & Machines
Keep up.
Subscribe to our daily newsletter to keep in touch with the subjects shaping our future.
+Social+Newsletter
TopicsAbout UsContact Us
Copyright ©, Camden Media Inc All Rights Reserved. See our User Agreement, Privacy Policy and Data Use Policy. The material on this site may not be reproduced, distributed, transmitted, cached or otherwise used, except with prior written permission of Futurism. Fonts by Typekit and Monotype.