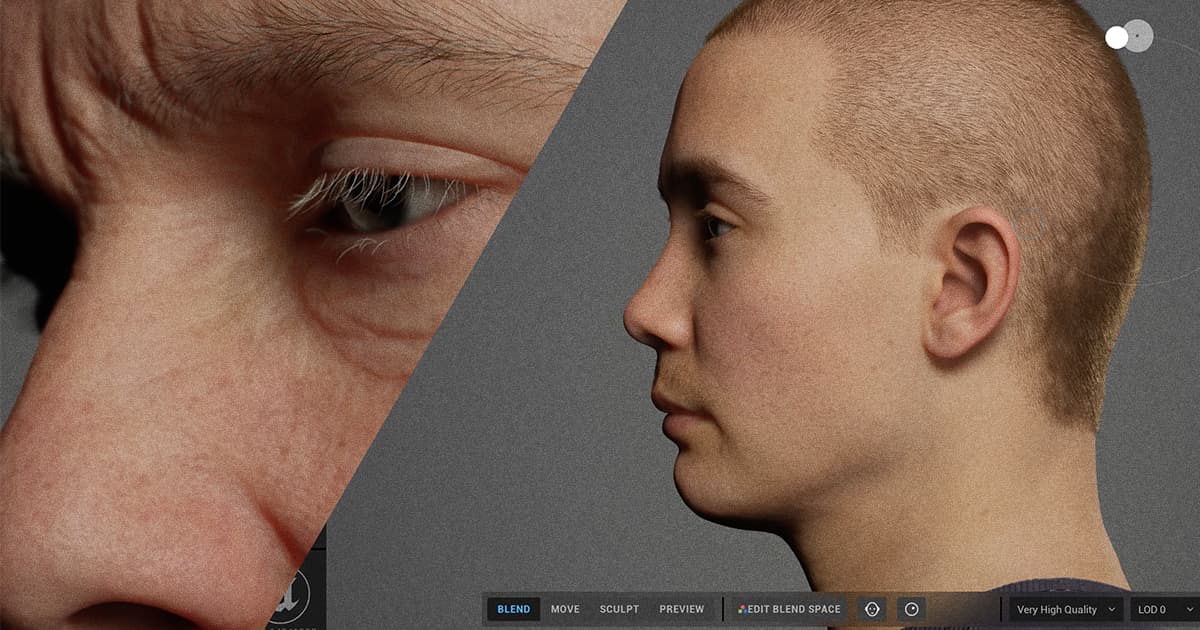 Epic Games announced today that it plans to release a new browser-based app that will let anyone create and animate nearly-photorealistic computer-generated people.

The tool, dubbed MetaHuman Creator, would let game studios or everyday hobbyists create real-looking human models, facial expressions, and other animations in the Unreal Engine, according to The Verge. Slated for release some time this year, the MetaHuman Creator could help make high-quality animation more accessible and allow lower-budget studios to make games with the incredible graphics of their larger counterparts — plus it'll probably be great for catfishing, unfortunately.

Epic Games suggests that MetaHuman Creator will help studios cut down on the grueling task of making CGI characters look just right, according to The Verge. The resulting animations will be compatible with existing motion capture and animation techniques, so the metahuman creations can readily be added into new games or videos.

"Up until now one of the most arduous tasks in 3D content creation has been constructing truly convincing digital humans," said Epic vice president of digital humans technology Vladimir Mastilovic in a press release. "Even the most experienced artists require significant amounts of time, effort, and equipment, just for one character."

At first glance, this seems like the sort of tool that might be abused to make misleading deepfakes or other forms of disinformation. But that doesn't really seem like what's going on.

The Metahuman faces look good; there's no denying that. But they look more like top-tier video game characters or like the CGI social media personality Lil Miquela than an actual person.

So it's unlikely that we'll see MetaHuman Creator sow political chaos, but it will be interesting to see what studios and everyday people come up with once the tool is released.

zombie star
Scientists Puzzled by Star That Exploded in Supernova But Somehow Survived
Tuesday
Read More
Whack-an-Alien
Chinese Scientists Say They May Have Detected Signal From Extraterrestrial Intelligence, But Probably Not
Jun 14
Read More
That's One Theory
Weird Signal Appears to Have Come From Habitable Star System
May 19
Read More
+Social+Newsletter
TopicsAbout UsContact Us
Copyright ©, Camden Media Inc All Rights Reserved. See our User Agreement, Privacy Policy and Data Use Policy. The material on this site may not be reproduced, distributed, transmitted, cached or otherwise used, except with prior written permission of Futurism. Fonts by Typekit and Monotype.