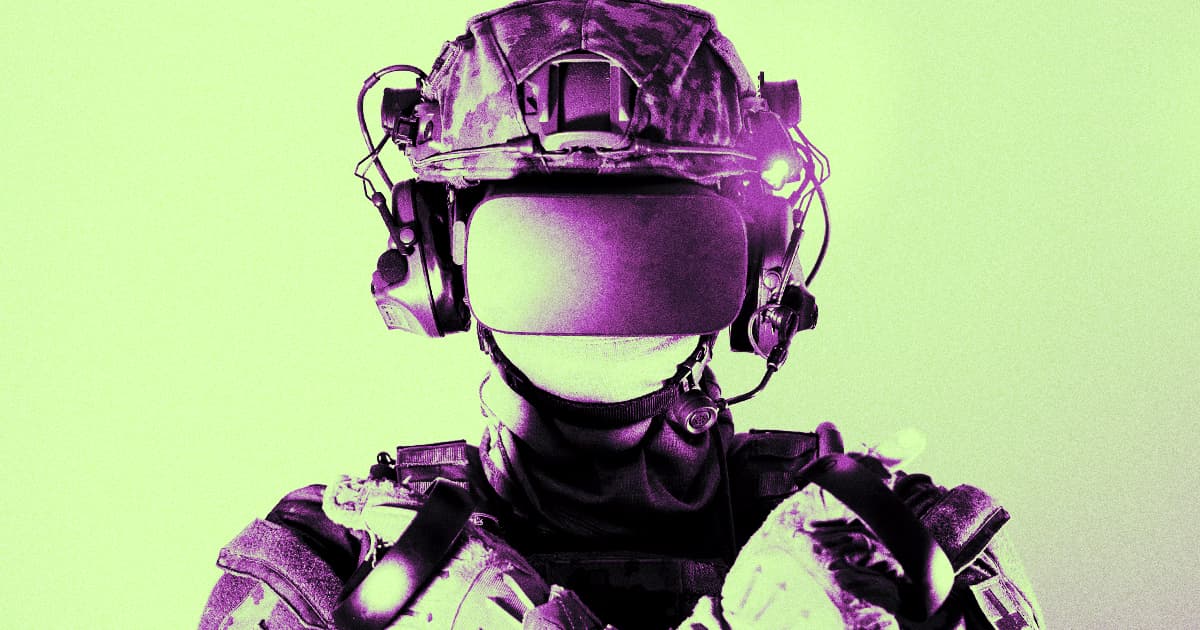 The British military is training its soldiers and running military exercises through a virtual reality simulation.

The simulation looked more like a first-person shooter video game than a serious military engagement, according to a new BBC video, in no small part due to the fact that the soldiers used commercially-available Oculus Rift S headsets and handheld controllers. The simulations, built by the company SimCentric, enable the military to run exercises or simulate firefights that would be dangerous in real life — ostensibly giving soldiers a leg up in actual combat.

In the video, BBC journalist Zoe Kleinman learns to use the system, struggling to aim and reload a rifle with the same controllers you might use to play "Beat Saber."

The simulation, which uses Fortnite maker Epic Games' popular Unreal Engine, closely resembles the shooter games that run on the same tech. That allows SimCentric, the BBC reports, to rapidly develop specific training scenarios to whatever exercises the military wants to run.

Military training in VR has been around for a while — the United States conducted similar training exercises in virtual versions of US cities years ago. But years later, there are still numerous issues with the system.

As Kleinman notes, though, one of the big hurdles was the tech herself. In the video, she says that she struggled to do things like reload her gun or control her movement. She knew how to do these things at a conceptual level, but struggled because the Oculus Rift's controls, at the end of the day, aren't anything like a real gun.

Oh, Good
Oculus Founder Builds VR Headset That Kills User If They Die in Game
11. 7. 22
Read More
TV for Your Face
Elon Musk Says the Metaverse Sucks and Neuralink Will Be Better
12. 22. 21
Read More
Breakthrough Technologies
Facebook Hardware Devs Reportedly Skeptical of Metaverse
10. 28. 21
Read More
+Social+Newsletter
TopicsAbout UsContact Us
Copyright ©, Camden Media Inc All Rights Reserved. See our User Agreement, Privacy Policy and Data Use Policy. The material on this site may not be reproduced, distributed, transmitted, cached or otherwise used, except with prior written permission of Futurism. Articles may contain affiliate links which enable us to share in the revenue of any purchases made.
Fonts by Typekit and Monotype.