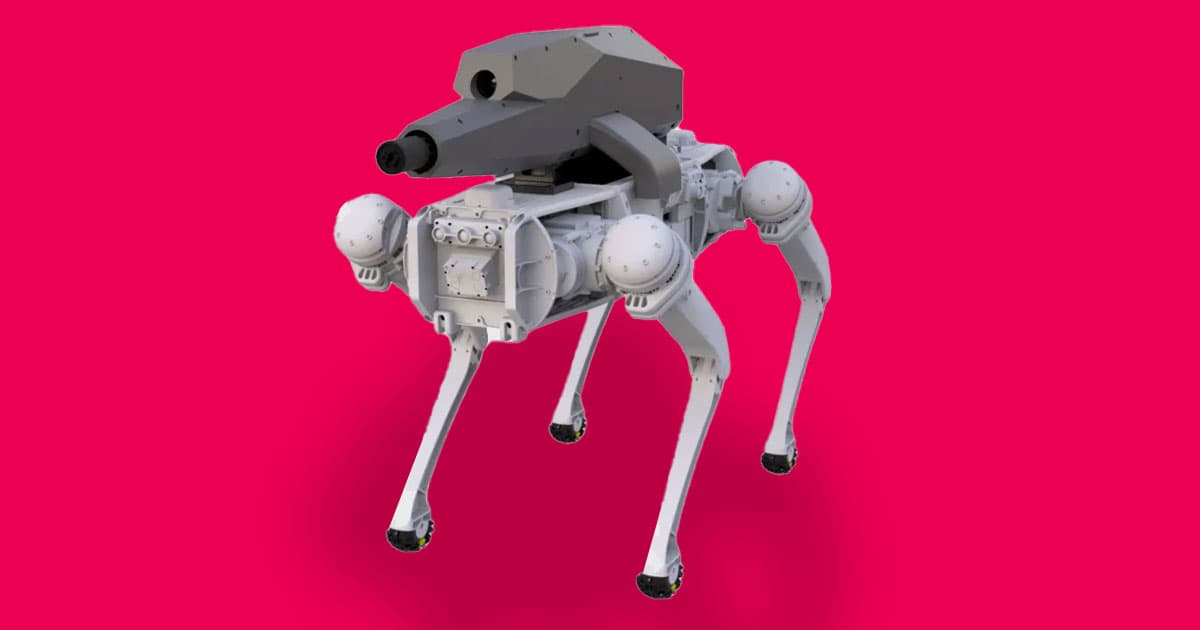 Boston Dynamics Sues Competitor That Put a Gun on Its Robodog

According to the Robot Report, Hyundai-owned robotics company Boston Dynamics is suing competitor Ghost Robots, alleging that the rival robot maker has infringed on seven of Boston Dynamics' patents related to the company's well-known robodog, the Spot quadruped.

A lawsuit isn't that surprising, given that the robots all look pretty much identical, and Spot, which hit the market in 2019, definitely came out first. Ghost Robotics came out with its first model, the Spirit 40, in 2020, with its next robodog iteration, the Vision 60 — which made major headlines when the company strapped a sniper rifle to it— introduced the following year.

According to Engadget, Boston Dynamics first asked Ghost Robotics to review their robodoggo patents back in 2020 — just a few months after Spirit 40 was made available — and have sent multiple cease-and-desist letters since. Ghost Robotics apparently failed to cease and desist, and now Boston Dynamics wants to take them to court.

"We do not comment on the specifics of pending litigation," a spokesperson from Boston Dynamics told the Robot Report over email. "We welcome competition in the emerging mobile robotics market, but we expect all companies to respect intellectual property rights, and we will take action when those rights are violated."

Again, as the robodogs do — gun aside — look basically the same, a lawsuit was inevitable. But while Boston Dynamics has emerged as a major market player, it's still relatively young, as is most of the robotics industry. There's opportunity here for a precedent to be set, and the outcomes of this case could well determine whether Boston Dynamics' grip on the robodog market will get even tighter, or if it'll have to concede a fair amount of market share to its burgeoning competitors.

How the court case shakes out remains to be seen, but in the meantime, might we suggest switching up the breeds of these mechanical mutts? Something with short legs, like a chihuahua or a wiener dog, for example, might be helpful for variety's sake. Sure, the relative mechanics might be the same, but they'd at least look different. No guns though, please.