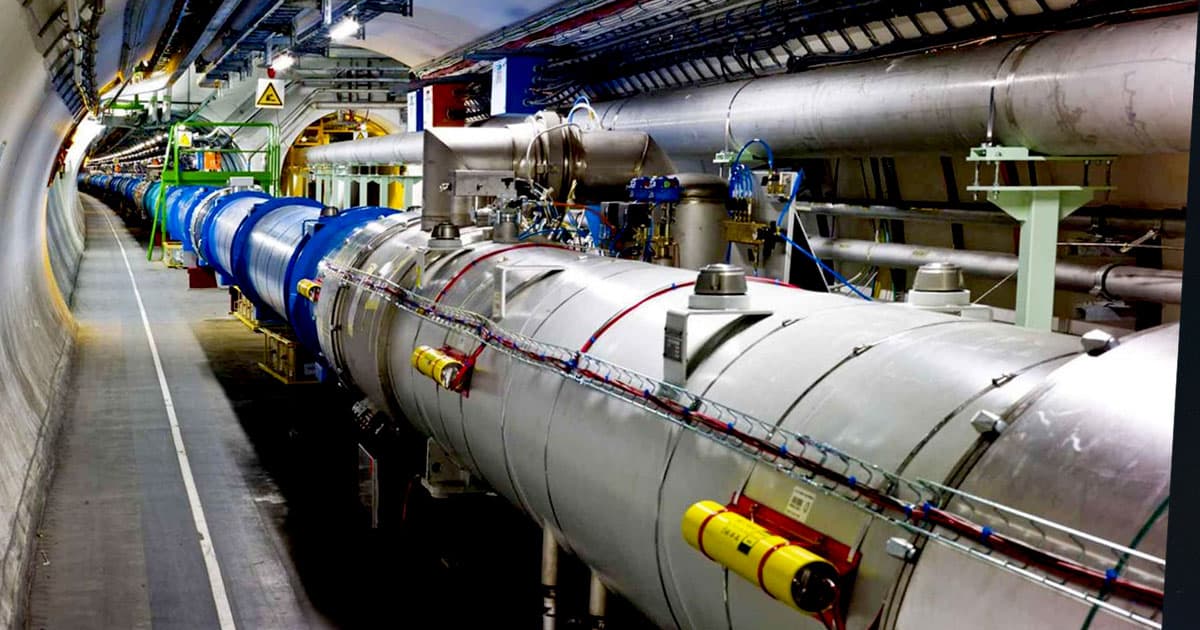 Musk said his company could likely save several billion euros.

Musk said his company could likely save several billion euros.

On Tuesday, the European Organization for Nuclear Research (CERN) unveiled a plan to build the Future Circular Collider (FCC), a massive particle accelerator designed to help scientists solve some of the greatest mysteries in physics.

And like seemingly everything that could have a huge impact on the future, Elon Musk may have a role to play in the project.

"Director of CERN asked me about Boring Co building the new LHC tunnel," Musk tweeted Monday morning, in response to an article about the FCC.

The LHC Musk references in his tweet is the Large Hadron Collider (LHC), a device built in a massive underground tunnel through which scientists can accelerate particles to extremely high speeds before smashing them together.

The LHC is currently the most powerful particle accelerator in the world, but the FCC would be 10 times as powerful and feature a tunnel four times as long. Musk didn't immediately reply to a request for clarification about whether the "new LHC" he mentioned in his tweet is the FCC, which was discussed in the article he was replying to and which will require a new tunnel.

CERN expects to spend about €5 billion ($5.6 billion) on the cost of civil engineering for the tunnel, and in his tweet, Musk asserted that having the Boring Company dig the tunnel would "probably save several billon [sic] Euros."

In other words, he thinks his company could potentially cut the tunneling costs by more than a third.

That could be a huge cost savings for CERN, but it's hard to say whether the Boring Company could meet Musk's expectations. After all, its only completed project so far is a 1.14-mile-long demonstration tunnel in Los Angeles — it has yet to complete anything near the scale of the FCC.

Still, given that CERN isn't expecting the FCC to be ready for operation until 2040, Musk's tunnel-digging venture could have time to gain a bit more experience before it starts undertaking the massive project that could forever change our understanding of the universe.

Sir!
Elon Musk: "Doesn’t Seem to Be Any Life in This Solar System"
10. 16. 20
Read More
Atom Smash!
Vast New Particle Accelerator Would Dwarf Large Hadron Collider
1. 15. 19
Read More
CERN Researchers Are Planning to Trap and Truck Antimatter From One Facility to Another
2. 23. 18
Read More
+Social+Newsletter
TopicsAbout UsContact Us
Copyright ©, Camden Media Inc All Rights Reserved. See our User Agreement, Privacy Policy and Data Use Policy. The material on this site may not be reproduced, distributed, transmitted, cached or otherwise used, except with prior written permission of Futurism. Articles may contain affiliate links which enable us to share in the revenue of any purchases made.
Fonts by Typekit and Monotype.